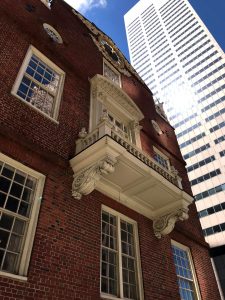 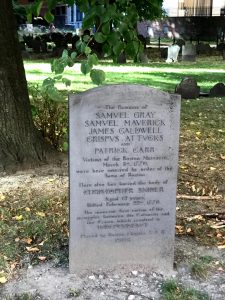 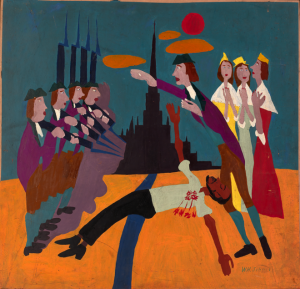 We normally think of eating/drinking and museums as mutually exclusive, but here’s a couple of fun, local events this week that put that idea to rest:

Reminder: tonight, the NEMA Young and Emerging Professionals will be hosting a book club discussion of Socialnomics by Erik Qualman.

Who: All museum professionals interested in reading and discussing the book of choice. Books are chosen through in-person event voting and online voting via the YEPs Facebook page.

Book: “Socialnomics: How Social Media Transforms the Way We Live and Do Business” by Erik Qualman

Join the NEMA YEPs for their third book club meeting on Wednesday, March 14, at 6:00 pm, at the Old State House in Boston! The book discussion will focus on Erik Qualman’s “Socialnomics,” highlighting how museums can utilize social media as an education and interpretation tool, to build community, to strengthen relationships, and to expand their reach and visibility. Not sure if the book is for you? Check out this video, by the author, on YouTube:http://www.youtube.com/watch?v=fpMZbT1tx2o for an amazing overview of how social media truly is ‘transforming the way we live and do business.’

From the inside flap of “Socialnomics”:

“Social media platforms like Facebook, YouTube, and Twitter are fundamentally changing the way businesses and consumers behave, connecting hundreds of millions of people to each other via instant communication. This is a massive socio-economic shift that is fundamentally changing the way consumers and companies communicate and interact with each other.

Welcome to the world of Socialnomics—where consumers and the societies they create online have a profound influence on our economy and the businesses that operate within it. Online word of mouth and the powerful influence of peer groups have already made many traditional marketing strategies obsolete. Today’s best businesses and marketers are learning to profitably navigate this new landscape…

In “Socialnomics,” Erik Qualman offers a fascinating look at the impact of social media on business to reveal what the future holds and how businesses can best take advantage of it. He explores how social media is changing the way businesses produce, market, and sell products; how it eliminates inefficient marketing tactics and middlemen; and how businesses are connecting directly with their customers through popular social media platforms.”

For more information on the Bostonian Society and Old State House, visit:www.RevolutionaryBoston.org

For more information on “Socialnomics” and Erik Qualman, visit: www.socialnomics.net/

Remember, remember the fifth of November…

…because this year, The Old State House is throwing what sounds like an amazing Guy Fawkes Day party. Says Nathaniel Sheidly, Historian and Director of Public History at the Bostonian Society:

The average pub might offer a pop-culture themed pub trivia quiz and the chance to talk about one’s favorite reality TV show.  But at Guy Fawkes Pub Night, the talk will be of Pope’s Day in British North America and the trivia questions will all have a history theme.  What certified History nerd could resist?  This is an opportunity for students to connect with others who share their interests in an informal setting and to explore (after hours, no less!) one of the most important public buildings in American history.Please feel free to forward this message to anyone you think may have an interest.  For more information and to purchase tickets, interested parties should click here:  http://www.brownpapertickets.com/event/200895.  Questions and comments can be referred to me [nat[at]bostonhistory[dot]org] or to our Director of Education, Samantha Nelson (sam[at]bostonhistory[dot]org).

Heads up on this potentially very fun evening!

Our next event will be Tuesday, August 30th at 6pm. We’ll be getting a behind the scenes look at the Bostonian Society’s Old State House with staff from the collections department and then heading to a bar nearby in Faneuil Hall or Downtown Crossing.
To RSVP, please email BostonEMPs[at]gmail[dot]com