Gregory Crane
Comments to gcrane2008@gmail.com
May 2015

Just as I had finished off a blog about bad news on enrollments for Greek and Latin in the US (and Germany), I came saw a story on Al Jazeera about big cuts being planned for Latin and Ancient Greek in France. The BBC news reports that “the government wants to reduce teaching of Latin and ancient Greek, scrap an intensive language scheme and change the history curriculum.” 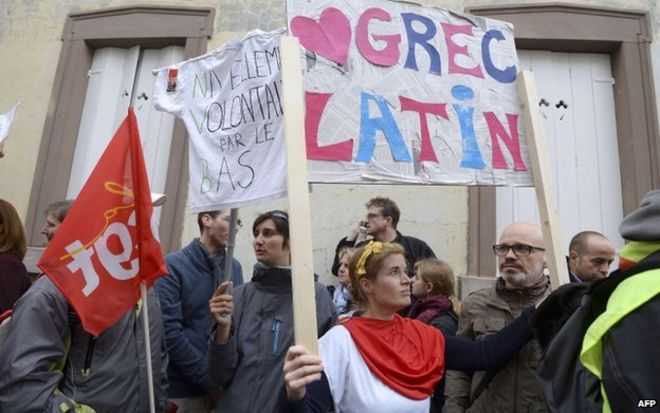 There does seem to have been some good news on this, with Greek and Latin reemerging in at least one proposal, but the fact that Greek and Latin are so vulnerable is the issue — if not now, when will they be hit?

I don’t know the details of what is happening in France (and I would welcome pointers to blog coverage) but, whatever the details, I don’t see how “business-as-usual” is going to help us. The time for change was ten years ago. Let’s not go down without a fight — but a fight must mean fighting to use the new tools at our disposal to reimagine and redesign what our students — and what society as a whole — can get from the study of Ancient Greek and Latin.

by Gregory Crane Posted on May 19, 2015
This entry was posted in Uncategorized. Bookmark the permalink.