The Elephant-Human Relations Aid Program: Projects and Empathy for a Neighborhood of Friends 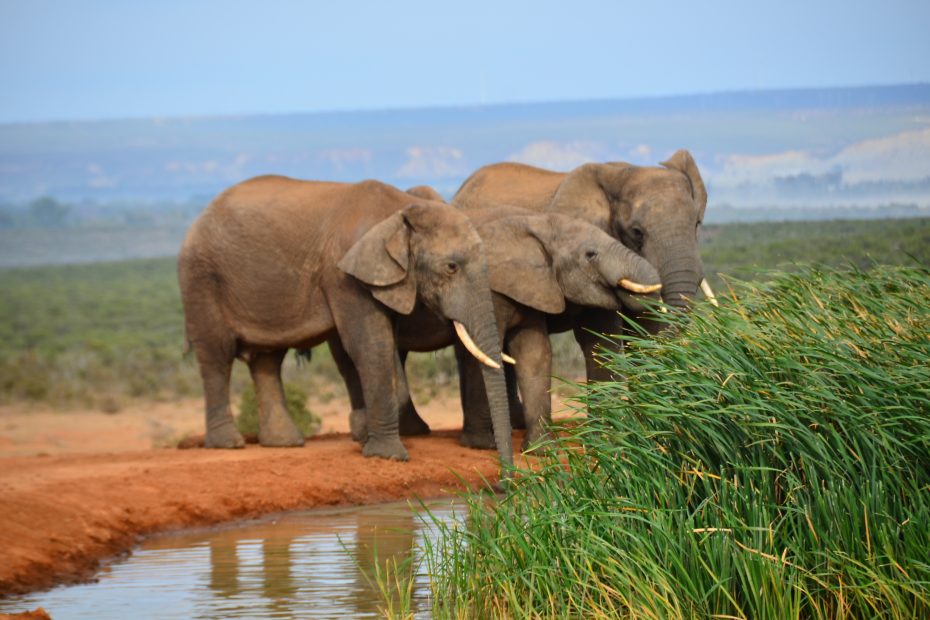 415,000. That’s how many African elephants are left in the wild as of 2018, according to the World Wildlife Foundation. While this may seem like a sufficient amount, it’s not. Consider that an estimated 10 million of these gentle giants roamed Africa just a mere 90 years ago and that there was an approximate 111,000 drop in the African elephant population between 2006 and 2016, and suddenly 415,000 sounds dangerously low. And so, we need to understand what’s causing this crisis in order to find solutions. The Elephant-Human Relations Aid (EHRA) not-for-profit organization in Namibia does exactly that: They find causes and create solutions that provide insight into how we can effectively cultivate better relationships with, not just elephants, but non-human animals in general.

EHRA focuses on one specific cause of the declining elephant population, namely, humans mishandling areas of competition between elephants and humans for valued resources, specifically water. This mishandling led to an “us vs. them” mentality when it came to getting water, and people figured it might as well be us – an impersonal and uncaring mentality defining a more general cause of the declining elephant population.

As for EHRA’s addressing the first, specific cause, despite elephants often being gentle enough to use their trunks to delicately lift a peanut out of a person’s hand, they can get destructive when hydrating themselves. One of EHRA’s projects, then, involves adult volunteers constructing walls around water points – such as pumps and tanks – in the Namibian desert. The walls built around water sources allow elephants to access water without damaging the infrastructure of the water distribution systems, thus preventing conflicts with the people who rely on the same resources.
As for EHRA’s addressing the more general cause, the “us vs. them” mentality – one indicating a lack of empathy for elephants,  EHRA  undermines this mentality by having volunteers track and monitor the desert elephants, as well as record new births, deaths, and injuries. By doing so, EHRA’s elephant management routine requires close observation by the volunteers, which allows them to know each elephant individually. By noting individual physical features and personality traits, volunteers connect with each elephant on a personal level and begin to empathize with them as they would with a friend.

Elephants are very well-suited to cultivate human empathy and care. They are well-suited because they often express strong emotions that many animals do not or cannot express so clearly — emotions such as love, compassion, grief, and joy. For example, when happy, these extremely intelligent creatures flap their wing-like ears and trumpet, and when grieving over the loss of a loved one, they sometimes take several minutes to pause over the place where the loved one died. There is even evidence that elephants perceive humans as cute: the part of their brain that lights up upon seeing a human is the same part that lights up in a human’s brain when seeing a puppy. While these behavioral similarities may not definitively prove our kinship with elephants, other observations suggest that elephants do value their personal relationships with people, and so, in return, we can and should do the same by valuing our relationships with elephants.

EHRA takes that same perspective and implements it in their work with families and children. For example, participating families in the Family Volunteer Program meet up with local school and village children to do elephant anti-conflict work, work that includes building elephant-proof vegetable gardens and irrigation systems. And EHRA staff teach the children and their families ways to observe, track, and interact with elephants personally, as well as ways create safe and peaceful situations when elephants and humans cross paths in elephants’ natural habitats. In sum, the children and their families experience working for good relations with elephants which puts them on a path towards caring for other animals as well – and for the natural world in general.

All this is to say that the specialness of EHRA is that it focuses not just on conserving elephant populations, but on prioritizing the elephant-human relationship (hence the name EHRA) through minimizing conflict and developing personal, empathetic connections with elephants. In doing so, EHRA volunteers – both the parents and the children – come to think of themselves not as “saving the elephants”, but as bonding and empathizing with them as their good neighbors, even as their friends.