My earliest memory is standing in my crib as a toddler in the early morning, dressed in a onesie, and starring ahead through the open door into my apartment’s hallway. For years, I have asked myself if this ever actually happened or if this memory was simply triggered by some dream or other event that lead me to believe it. While I will never know if I actually remember being a toddler in a crib, there is no doubt memories are imperfect and malleable, and false memories are no stranger to our minds. In this blog post I will first discuss the role our moods and emotions play in the formation of false memories and then delve into the neural basis of these false memories. 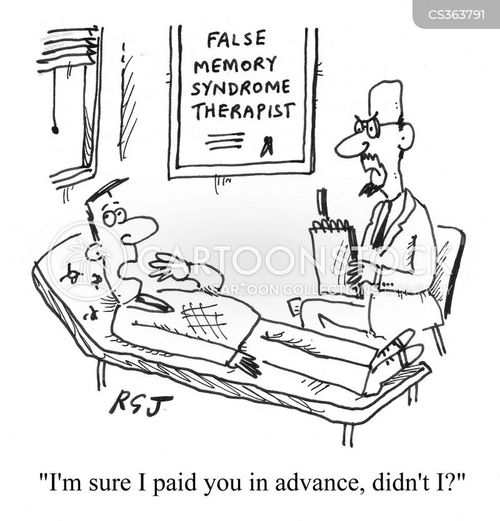 One possibility suggested by Damme (2013) that may explain these results is that previous research has demonstrated arousal improves item-specific memory whereas low-arousal induces an overgeneral retrieval style. In other words, when we are in a state of high arousal, we may be more attune to the fine details of stimuli and encode these more effectively than when we are in low arousal. These results are in line with research by Corson & Verrier (2007) that found that whether participants were in a neutral, positive, or negative mood, their formation of false memories was related only to the level of arousal of their mood, not its valence.

A study by Storbeck & Clore (2011) also examined how affect influence false memory formation. Happy and sad moods were induced either before or after learning words lists that were designed to elicit false memories. These researchers found that sad moods reduced false memories only when induced before learning (the words they were subsequently tested on). These results are in conflict with those found by Storbeck & Clore (2011). This may be explained by the fact that Storbeck & Clore (2011) didn’t specifically examine arousal levels during memory testing, so the differential effects of happy and sad moods may be the result of a higher arousal in the sad mood state and lower level of arousal in the happy mood state. 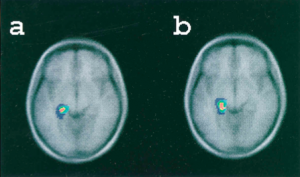 Yet while neural activation similarities exist, there also appear to be distinct regions of activity associated with each kind of recognition. In their study involving true and false recognition of previously-presented words, Schacter et al. (1996) found increased activation in the left tempoparietal cortex—particularly in the vicinity of the superior temporal cortex—during true recognition but not false recognition. False recognition of words was associated with greater increased activity in the orbitofrontal cortex, prefrontal cortex, and cerebellum as compared with true recognition. In another study, Baym & Gonsalves (2010) first exposed participants to a series of photographs while monitoring their neural activity with fMRI. They then exposed them to a misinformation phase (also under fMRI) that contained some true and some untrue sentences about the photos. After a time delay, participants’ memory recognition was tested. The researchers found that greater activation of the superior temporal gyrus during picture exposure predicted true memory compared with false memory, which is in line with the results of Schacter el al. (1996).

As I have laid out here, mood—particularly in terms of valence and arousal—seems to modulate our formation of false memories. Furthermore, there appears to be compelling evidence for both similar and differential activation of brain regions during true recognition and false memory processes. However, while there is a large body of neural evidence that sheds light on the basis of false memories, research needs to be done that examines how exactly mood and emotion modulate the false memory formation on a neural level. Perhaps using similar fMRI or PET analysis discussed in this paper may help shed light on the seemingly competing claims of Damme (2013) and Storbeck & Clore (2011) by helping to quantify levels of arousal and valence in false memory experiments.

Damme, I. V. (2014). Mood and the DRM paradigm: An investigation of the effects of valence and arousal on false memory. The Quarterly Journal of Experimental Psychology, 66, 1060-1081.