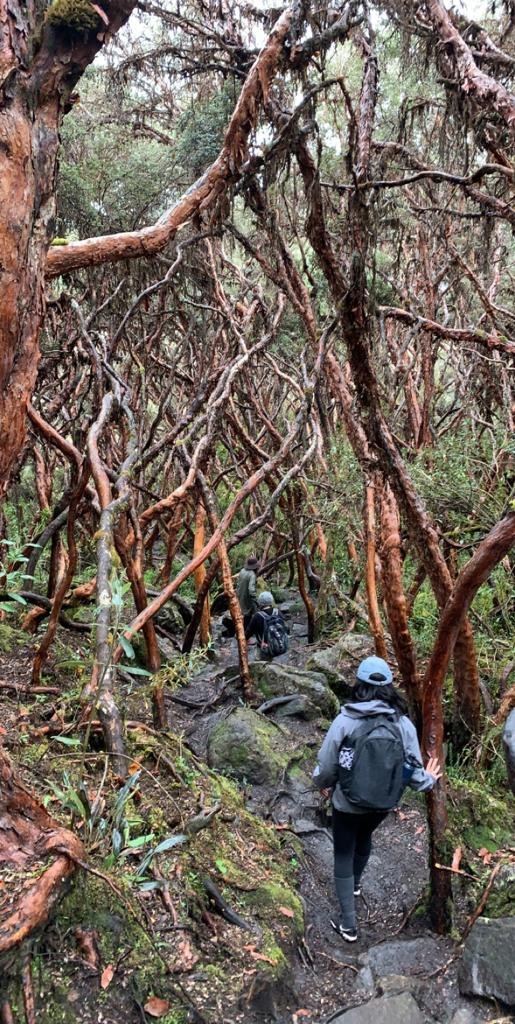 I don’t think I quite thought through the omnipresence of language in everyday life until I faced the language barrier in Ecuador. Even though English is technically my second language, by the time I was 5 it surpassed my level of Chinese proficiency (which on the other hand has only deteriorated since [Sorry Dad, you were right]). Since being a toddler whose best and possibly only English word was “cookie,” I’ve been able to take my basic, daily communication in the US for granted.

It was couple weeks into my internship at Casa de La Diabetes, a foundation that supports people with diabetes by providing access to education, and cheaper insulin, supplies, and medical care. I understood immediately that my supervisor was asking me to run an errand at the municipal office downtown, but every single other detail was lost in the rapid-fire Spanish. Which floor? Who? Which permit? Leave what? Ask for what? I ventured to confirm what I thought I understood in a hesitant voice, knowing I was wrong and feeling awkward and useless; my supervisor responded by giving me a questioning look and repeating each step so.much.slower.

Here, every sentence with my supervisor or the patients felt like a crowded minefield of grammatical and vocabulary errors, and I was plowing through with a tractor and setting off as many mines as humanly possible. Numbers. Boom. Names I don’t know how to spell. Boom. Talking on the phone. Biggest boom. (A patient hung up on me on my second day because I didn’t understand what they were saying.)

I couldn’t just stop communicating with my supervisors or with the patients I was supposed to help, whereas in more casual conversations I could just step back and be quiet. I had to keep speaking Spanish and making mistakes as part of my work, so eventually I got more comfortable in accepting those inevitable various mistakes. I was a newbie, a rookie, a neophyte—not only in language but also in working with people with diabetes—and I hadn’t ventured into such unfamiliar territory, alone, since I don’t know when. This was a reminder to be patient with myself and to be willing to be the clueless beginner, since everyone has to begin somewhere to get where they want to be. And with being more comfortable with failure, it’s less intimidating to approach the possible minefields.

An example of full-fledged failure: I bombed one of my favorite jokes with my uncle and cousins the other week when we were around the dining table and they demanded that I share a chiste. Here it goes, pre-translated: “I was at a bus stop with a friend the other day. She told me I didn’t understand the meaning of ironic, which was ironic since we were at a bus stop.”

It was fair to say: The timing was off. The translation was not perfect. I had to explain the joke. It’s not that great of a joke to begin with since I usually have to explain it even in English. My family and I laughed at the attempt. It was also fair to say: I’m glad I shared it anyways.