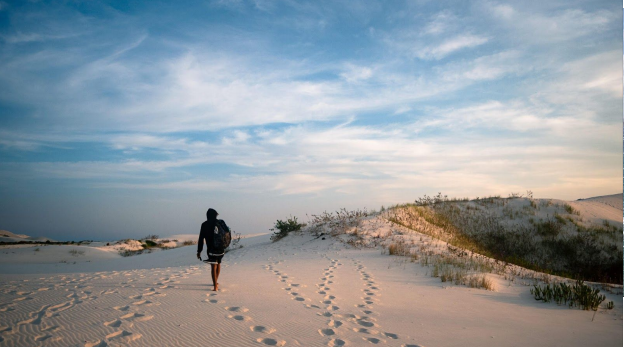 Saudades. This was one of the first words that I ever learned in Portuguese. The best way that I can describe this word are the little feelings you get once you deeply begin to miss something or someone. Now more than ever, I have many of them.

It has been roughly a month since I left Brazil, and for most of that time I have been at home reflecting on my past seven months. Thinking about all the ways in which that bridge year has influenced me and the way I think at home has been something that seemingly has become part of my daily routine. Those seven months had gone so right in so many ways that it’s hard not to miss it. From my wonderful host family, to my apprenticeship, and all the things in between that made my host community what it was, it is impossible for me to have wished for anything better. Although this is the case, there is one factor that acted as a parasite which wove itself into my mindset and grew into a problem which I did not address until it was too late.

I think that it’s safe to say once you have become comfortable within your host community, you can give yourself a pat on the back because that means you’ve reached a point that many people struggle with when it comes to living somewhere drastically different from where they are originally from. Unfortunately, with this feeling of being comfortable, comes the danger of becoming too content in your community.

For me, the consequences of this contentment did not come until the final week of my bridge-year. I had been living most of these past seven months with the idea that there would always be time to do the things that I wanted to do, and although this was true during the former months, it quickly spiraled into something that lasted with me even in the final weeks.

The unfortunate consequences of this tendency to push things off to a later time did not truly hit me until my final weekend in the country when I realized that I was rushing to do everything that I ever wanted to do in that country in those final few days. Even then, there was nowhere near the amount of time that I needed to fully see all my plans through.

Granted, the time that I am writing this is spring of 2020 when the world is going through a rapidly growing pandemic. Even though this did cut my time in the country short by three weeks, it’s still something that I must acknowledge when reflecting on my time in Brazil. The more I think back on it, the more times I realized that I had this tendency to give the “I have plenty of time for that” excuse, which obviously was not true in the long run. During my last weekend in Brazil I was rushing to do all the fun things that I ever wanted to do in those last two days, which made that weekend some of my best moments in the entirety of my seven months there. Finally visiting the Sand Dunes of Lagoa, hiking up various trails, trying some food that I’ve always wanted to taste such as natural açaí and pasteis. I absolutely loved my bridge year in Brazil, but to think how much better it could’ve been if I had been doing all the things I wanted to do makes me wonder.

Because of all this, there are still a ton of things on my list which I never got to do in Brazil. So if there is anything that I would say to anyone who is going or about to go on a similar journey, it would be to please live everyday in-country as if it could be your last. Even if it’s your first week and you’re 100% sure that you have plenty of time, do your future self a favor and start checking off things on your list now instead of tomorrow