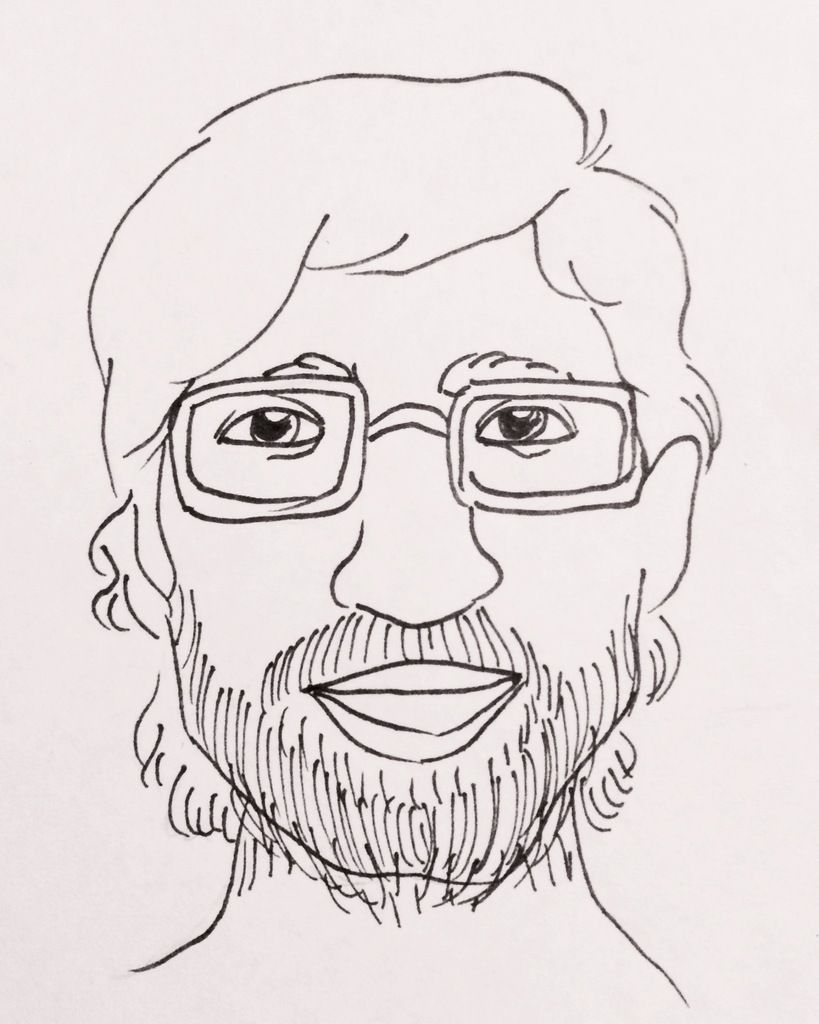 I’m amazed by how friendly and helpful the music community is in Cuenca. The musicians I’ve met accept me and are genuinely interested in connecting with me. When I walk down the street carrying my cello I’m constantly stopped by strangers, inquisitive and gregarious. I feel like I’ve found another family, people who understand me and who I understand in return. People who have helped me pursue my passion thousands of miles from home. Here are my impressions of the musicians of Cuenca.
Raquel is intense and direct, with perpetual red lipstick, and seems taller than she really is through sheer force of personality. I was brave enough to approach her after a symphony concert, nervously rehearsing lines in my head. I hesitantly asked where I could find a cello to rent. With her support and advocacy, I found a cello and joined the local university orchestra. I have the opportunity to take lessons, teach cello to youth symphony students, and even perform a concerto.

Dixon has a rowdy voice and goofy smile, and he plays cello the way he talks, bold and resonant. Raquel and Dixon play in the symphony together, and Raquel introduced us. Dixon entrusted me with his extra cello. The poor thing is chipped and scratched with a rusty end pin, the bow has about half its original hair, and I extracted several strange objects – chunks of wood, clumps of hair and dust, and a foam cylinder – from inside it, but I’m happily renting it.
David is constantly sweeping his messy hair out of his eyes, adjusting his glasses, and contemplatively rubbing his beard, unconscious ticks that show his interest. We met at the university while sharing a practice room, then peeked in a window to watch the university orchestra rehearse. David plays guitar, piano, and violin, sings, and teaches at the university, but was still curious about my cello. He wants to get together and jam.

William commands respect and attention with a scowl and a rigid baton when conducting, but as soon as he lowers his arms he becomes a sweetheart. William invited me to join the university orchestra in an email he signed “abrazos”. He gave me a real hug when we met in person. William gave me copies of the music, seated me third chair, and accommodated my flexible schedule, anxious to make me comfortable. We share smiles during rehearsals.

Medardo is balding on top and wears button down shirts under sweaters. We became friends as the two odd ones out of the university orchestra, the foreigner and the middle aged man. He always greets me when I get to rehearsal and gives me rides home. Medardo is eager to hear about my life back home and what I think of his country. In return he tells me stories of his travels to Spain and Italy, and always knows the best concerts in the city.

Abran is a cab driver and a songwriter. He dreams about sharing his music with the world. We met when I hailed his cab downtown and stuffed my cello in. He was excited to chat with a “real musician” and, while we drove to my rehearsal, he played a few of his own songs for my criticism. After listening to a song he wrote for his son for father’s day I told Abran I was missing my parents. He gave me his number and told me to call him the next day; he wanted to give me a CD of his songs to share with my parents. I took the risk and called.