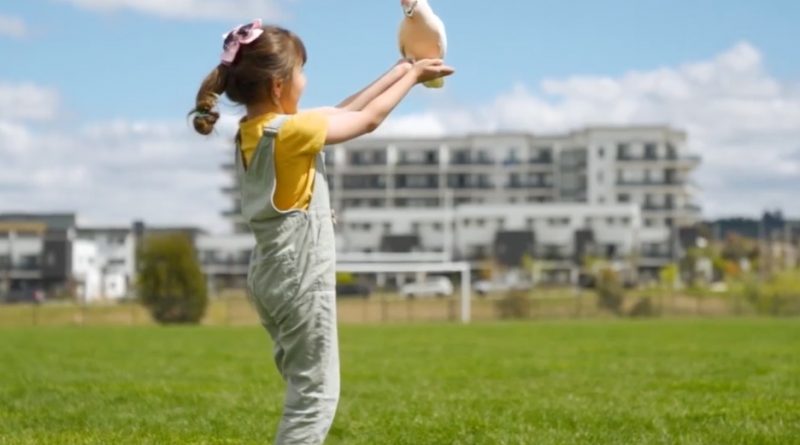 “This is my hobby from Iraq,” stated Karam as a large Major Mitchell’s cockatoo sat perched on his arm. Bright, Australian sunlight glistened on the bird’s pinkish feathers before taking flight over a suburban neighborhood.

In October 2021, an Australian news source released an interview featuring Karam Zako, his wife, daughter, and their Major Mitchell’s cockatoo, Roko. Though highlighting the unique bird and the joy Roko brings to the local community, the news story also serves to illustrate a feel-good story of resettlement. Karam and his family, now Australian citizens, came to the country five years previously as refugees fleeing persecution and violence by ISIL in Iraq.

Karam and his family are not new to the Journey’s Project. One of our researchers interviewed Karam to discuss his journey from Iraq before he and his family were resettled in Australia.

What is Refugee Resettlement?

On behalf of refugees around the world, the UN High Commissioner for Refugees (UNHCR) submits files for consideration to the national resettlement agencies of potential resettlement countries who make decisions about the process for and number of refugee admissions. Most of the individuals we have interviewed in our research tell us they attempted to register with the UN as refugees within the first three months after arrival to begin their process with a refugee resettlement program or to gain eligibility to refugee assistance services as they rarely have access to domestic social services.

While refugees who are admitted for resettlement in a third country often receive asylum status, this is a separate determination from the resettlement process work of the UN.

Who is Eligible for Resettlement?

Resettlement is a durable solution intended for individuals who meet the definition of refugee in the 1951 Refugee Convention—“someone who is unable or unwilling to return to their country of origin owing to a well-founded fear of being persecuted for reasons of race, religion, nationality, membership of a particular social group, or political opinion.”

Like many refugee stories we’ve heard, Karam and his family met this threshold. As he told us back when the Journeys team met him:

We ran because ISIL had captured women and girls in another area close to our village and we were afraid that it could happen to us. ISIL was giving people three options: 1. Become Muslim, 2. Be killed, or 3. Pay money to remain Christian. For us, those weren’t options, so we finally left.

He was willing to share his story with one of researchers conducting interviews about the journeys of migrants and refugees. She recounted their meeting:

“I met Karam on a street corner while trying to catch a taxi in rush hour. We struck up a conversation and he seemed genuinely interested in getting to know me (instead of the other way around, which had been my experience approaching folks and asking them to participate in our research). This warm interaction paved the way for several conversations I had with him.”

Throughout the interview, Karam explained the difficulties of flight, as he, his wife, and his then-infant daughter maneuvered around pockets of ISIL, skirmishes between armed forces, and once out of Iraq, financial insecurity.

How Many Refugees Need Resettlement?

Unfortunately, successful stories of refugee resettlement are the exception and not the rule. According to the UNHCR, there are over 20.7 million refugees of concern throughout the world, yet in practice, we see less than one percent of those refugees resettled each year. Despite the United Nations’ mandate to pursue refugee resettlement worldwide as one of the three durable solutions—voluntary return, local integration, and resettlement—prolonged conflict and the politicization of the refugee crisis has resulted in millions of people stuck in limbo.

Karam ended his interview with our researcher by stating that he was pursuing resettlement in Australia as life was expensive where his family currently resided and unsustainable given the restrictions on refugees’ ability to move freely and work in the country. If he was unable to be resettled, Karam explained that he and his family would be forced to live in a camp in Iraq to survive.

interviewed over the years. Although individuals may be able to escape the immediate dangers and insecurities faced in their home countries, newly arrived refugees often find themselves in a country that offers only temporary refuge and very limited protection of other fundamental human rights including the right to free movement, right to work or access employment services, access to medical assistance, and education. These rights can often be suspended for decades.

Much of our research centers on how these shortcomings prohibit migrants from building their financial livelihoods to achieve self-sufficiency, leaving them instead in a plateaued state of “survivelihood” long after refugees arrive in a country.

The current system forces most refugees in these circumstances into a dependency on personal networks like family and close friends as well as aid, “draining government budgets of both host countries and donor governments.” Refugees are in constant fear that crucial aid will be defunded or that an individual’s refugee status will be revoked if they pursue work without legal permission. The traumatic, prolonged stress accompanied by prolonged displacement contributes to negative mental and physical health outcomes of this population.

Whether restricted by the fences of a refugee camp or by bureaucratic barriers, first countries of refuge often fall short of offering a real future for refugees, leaving resettlement as their only hope forward.

In conjunction with the rise of xenophobia and anti-refugee sentiment, the past decade has seen an unprecedented number of persons forced to flee their homes because of war, conflict and persecution. Despite the circumstances, stories of resilience and kindness endure as communities continue to welcome refugees.

Why is Refugee Resettlement Important?

For the Zako family, resettlement means a chance to rebuild their lives. Thousands of welcoming sentiments poured into the comment section of the video featuring Karam and his family, illustrating the positive impact the Zako family and their cockatoo have on their new community. “What a beautiful story”…“Welcome to Australia”…“We are so lucky to have Roko and his family in our Community” …“Everyone loves Roko, Thank you Zako family” “Roko joined me on my run today! My kids love him.”

Understanding how rare resettlement truly is, we were thrilled to learn that in 2016, Karam and his family were resettled in Australia. According to Karam, adjustment to the new country would not have been successful without help from the Australian government, the welcoming local community, and Roko the cockatoo.

As reflected on by our researcher:

“Karam shared the news with our team over Facebook Messenger a few years ago. The Journeys researcher who spoke with him many years ago said that in the snippets she sees of his life, between the happy birthdays and happy new years, his life looks more peaceful than the stories she heard from him in their interviews. In his new home, there’s room to work, to raise his family, and even to raise his birds, as this joyful video attests. Karam’s story is an ongoing reminder of how these stories extend beyond our research and how kindness spans time and borders.”