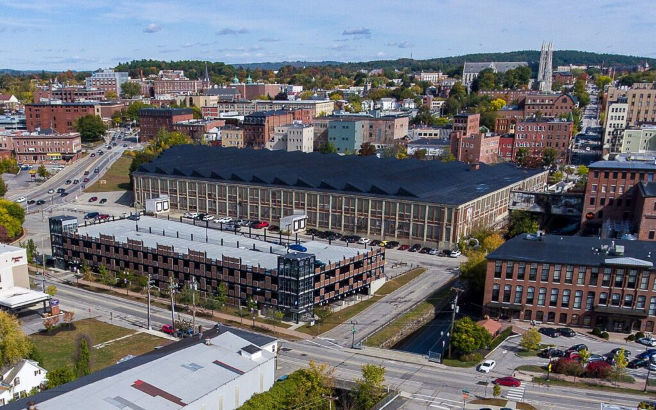 In this issue of Fresh FINDings we feature an essay by Will Clements about the value of social capital for refugees and the consequential role refugees can play in revitalizing non-urban communities suffering the effects of “rural flight.” A recent article highlights the benefits that refugees offer towns experiencing population decline. The following piece digs even deeper.

Will Clements is currently a Caseworker with the International Rescue Committee’s Unaccompanied Children Program. He graduated from the Fletcher School of Law and Diplomacy in 2020 and wrote his thesis on refugees in rural communities.

Lewiston, Maine is like many of the old mill towns of New England. Abandoned mills sit at the center of the city, memorials to the city’s heyday before the textile industry relocated overseas. Beginning in 1956 with the closure of the Androscoggin Mill, a series of textile closures hit Lewiston, devastating the city’s economy.

The last half of the 20th century was defined by decades of continuous population loss and decreasing wages. Between 1970 and 2000, the city’s population decreased by 15%, and Lewiston’s family and per capita income fell to the lowest ranking in Maine. By 2000, Lewiston’s downtown area became the single poorest census tract within Maine, with a poverty rate of 46%.

While “rural flight” and economic decline are not unique to this Maine city, Lewiston found a way to rebound starting in 2001, with the arrival of more than 1,000 Somali refugees who had previously been resettled in various locations across the U.S. With the refugees’ arrival, Lewiston became one of the fastest-growing communities in Maine.

Check out the full essay on refugees in non-urban communities here.

Refugees rarely settle in non-urban communities upon arrival in the United States; the vast majority of refugee resettlement occurs in major metropolitan areas. As of 2017, the United States resettled 98% of all refugee arrivals in large metropolitan areas. And the process of performing a secondary migration, let alone to a small community with few resources, is arduous.

Without traditional systems of support anticipating refugee movement within the U.S., it is a challenging process for a refugee to relocate from their original resettlement destination within the U.S. to any secondary destination, let alone to small community that lacks traditional support networks found in major metropolitan areas. Refugees who migrate to a second destination forfeit access to traditional forms of support and capital. The decision of refugees to move to non-urban areas, despite known limits in access to traditional resources, points to a higher value refugees place on social capital than native-born Americans who are often leaving those same areas.

Still, we see this relocation to non-urban communities across the U.S.: from Lewiston, Maine—the primary case study of this essay; Central Falls, Rhode Island; Rutland, Vermont; to Clarkston, Georgia, among others. Examples can be found beyond U.S. borders as well, such as in Loubeyrat, France, Lower Saxony, Germany, and Nhil, Australia.

Some local and national policy embraces the potentially transformative impact of this movement. In the American cities listed above, increased refugee resettlement occurred at the request of mayors to the federal government as a strategy to address a declining population and economy. The community of Altona, Manitoba in Canada provides a model for locally-led “private resettlement” programs in which communities can volunteer to become refugee resettlement destinations.

Of course, social capital alone is not enough to ensure success in these movements. The example of the Hmong in Missoula, Minnesota indicates that successful integration in these contexts must be accompanied by active promotion of both “bonding capital” and “bridging capital” between refugees and the host community.

What role does social capital play in the decision of refugees to move from their city of original resettlement, and why are mayors of non-urban communities requesting increased refugee resettlement in their towns? What kinds of in-community services have shown to make or break refugees’ transitions? What existing programming can we begin to learn more from, and what additional research can be done to further develop the potential for success for both refugees and non-urban host communities?

Read the essay here for our full discussion of case studies of refugee integration in non-urban areas and the role social capital and community support plays in making this refugee movement successful for both refugees and host communities.