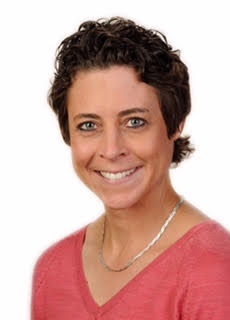 Maria J. Stephan is a senior policy fellow at the United States Institute of Peace (USIP) and a nonresident senior fellow at the Atlantic Council. She previously served as lead foreign affairs officer in the U.S. Department of State’s Bureau of Conflict and Stablization Operations, where she worked with the Syrian opposition in Turkey and on local governance in Kabul, Afghanistan. Dr. Stephan served as director of policy and research of the International Center for Nonviolent Conflict. She recently visited The Fletcher School to receive the inaugural Henry J. Leir Human Security Award. PRAXIS member Cassie Chesley-Henrriquez had the opportunity to interview her on this occasion.

As an alumna of the Fletcher School, how does it feel to be back here receiving the Henry J. Leir Human Security Award? How did your experience at Fletcher Influence your career?

It is great to be back! Fletcher’s cross-disciplinary focus helped me to be able to connect the dots in both a scholarly and professional sense. Eliminating disciplinary silos to better address global problems is where Fletcher excels. My lenses were international security, international negotiation and conflict resolution, and human rights. Those came together nicely as I worked on nonviolent resistance movements. As I like to joke, all roads lead to The Fletcher School and civil resistance.

From your experience working on Syria in the field for the U.S. Department of State Conflict Stabilization Operations (CSO), can you comment on the use of non-violent resistance in the context of Syria? What did you observe as being successful? Where did the U.S. government programs help support and where did they go wrong? Do you think it’s possible to continue to support non-violent resistance? Or is it too late for that?

First of all, let’s recall that the revolution began non-violently and it was a mass uprising against the worst mukhabarat[1] state in the region. It began with kids spraying defiant graffiti. The popular uprising maintained non-violent discipline for about 8 months. People forget about that now, given the extremity of the violence, humanitarian crisis and the level of destruction. I was deployed to Turkey in 2012, a year after the start of the revolution. We tried through my bureau at State (CSO) and other State department offices (MEPI/DRL), and later USAID offices, to provide training and equipment to the nonviolent opposition. We provided communications equipment—mainly cell phones, smart phones, and computers, to some of these activists who were regularly traversing the Syrian border. Trainings included topics ranging from media communications to digital security, and nonviolent action; later, more civil administration, and how to think through local governance and security challenges. The over-arching issue is: [the revolution], inspired by events in Tunisia, Egypt, and Libya, began as a largely spontaneous uprising in a population that didn’t have tremendous experience in organizing and mobilizing given the severity of the dictatorship for decades.

Things moved very quickly and there wasn’t enough time for the non-violent movement to grow, make mistakes, learn from the mistakes, and build social bonds of trust that could have produced a coherent national resistance movement. The severity of the Assad regime’s brutality made nonviolent organizing even more difficult.

There were amazing accomplishments that should not be forgotten. The level of participation initially involving youth, women, lawyers, doctors, artists, journalists, and various political, religious, and ethno-sectarian stripes of Syrian civil society was impressive. Another thing that people forget is that at the beginning of the revolution, there was disproportionate participation by minorities. Christians, Kurds, Druze, and Alawi were participating in large numbers based on population size at the beginning of the revolution. That was always one of the biggest threats to the Assad regime, whose narrative was basically “If I [Bashar] fall and the opposition comes to power they will crush the minorities.” One thing we did not do well was to show that there were Alawis and Christians who were protesting the regime since the beginning, in addition to courageous Sunni who have suffered the brunt of the regime violence. The Alawi population was a critical constituency; had it cracked then things could have perhaps gone down a different trajectory.

When it comes to the United States Government’s role, supporting revolutions that are fluid and quick moving is not easy.  Uprisings involving different actors, where new groups are constantly forming, others are being eliminated, made it incredibly difficult to know who was who and to figure out how to support it in effective ways. Syria’s tough neighborhood, where regional and sectarian power struggles quickly began to play out, made it even more difficult.

Would I say we did an exemplary job? No. Would I say we had a great policy and strategy? Probably not. Everything flows from the policy and strategy levels down. Many Syrians thought that, after the Libya intervention, the US would be keen to use military force in Syria. That wasn’t going to happen. And I don’t know that we were properly aligned, bureaucratically, to effectively support the nonviolent opposition at the beginning of the revolution.

So at all these levels we were extremely deficient. The Syrian opposition also made mistakes along the way. Regional powers began to support their favorite armed actors in the civil war which caused further divisions. Honest people will admit that mistakes were made on all sides.

Still, the level of participation, the diversity of participation, the creativity of the non-violent tactics that were used at the beginning of the revolution was remarkable. The celebratory street rallies, the flags, the boycotts, the fountain water that was dyed with red to make it symbolize the blood that was being spilled… That was the heyday of the revolution! But not enough time, not enough strategy, and a terrible neighborhood were all militating against success.

Kafr Nabl, still has a slogan every Friday.

Yes, so to answer your question, is nonviolent resistance still happening? Yes, there are pockets of non-violent resistance against the regime and against ISIS and some of these other armed groups as well. I’ve written about this elsewhere.[2] [3] It is understandable why Syrians took up arms, but once that happened the regime response was much worse than it was at the beginning, and then a security vacuum was created, weapons flowing on all sides, barrel bombs start dropping, and it was terrible. It was hard to go back strategically once armed resistance became the main form of resistance. It is difficult to imagine the regime being beat militarily at this point.

From your extensive research on the subject, are there conflicts in which you have found non-violent resistance has been successful? What are those critical pieces that make it successful or unsuccessful?

Erica Chenoweth and I haven’t found that certain structural factors prevent the emergence or success of nonviolent movements, which is a surprising finding.[4] We studied successful campaigns in ethno-religiously diverse societies, in societies that are rich, societies that are poor, with very strong military regimes. Nonviolent campaigns have emerged and succeeded in all different types of places, so it doesn’t seem that structural conditions preclude the success of a non-violent movement.

I would say, I do think that the [Assad] regime’s use of brutal violence targeting key leaders of the nonviolent opposition at the beginning was consequential. And the regime was very good at playing the sectarian card. We know the Assad regime responded with snipers, with shabiha[5], with terrible forms of violence that made it very hard for the opposition to regroup and strategize. I would say tactically the opposition began to rely on methods of concentration, including mosque protests and street demonstrations, which were understandable – they wanted to be visible.  But the downside is that it made them very vulnerable to regime repression. What we didn’t see was a lot of organized and coordinated acts of dispersion, meaning tactics that were spread out across the country that would have been difficult for the regime to repress. There wasn’t great coordination between different parts of the country when it came to non-violent resistance, though for obvious reasons. Erica and I found that alternation between methods of concentration and dispersion, which keeps an opponent off-guard, correlated with success. The movements that have been able to attract large numbers of participants from diverse segments of society, and have been able to innovate tactically, are those movements that have succeeded.

You talked a little bit about your current work at the Atlantic Council on “The Future of Authoritarianism” project and the book you co-edited Is Authoritarianism Staging a Comeback? Could you talk a little bit more about that research and how that fits in with your work at USIP?

The project, called “The Future of Authoritarianism” is a response to the authoritarian resurgence that we are seeing globally. Mat Burrows, who directs the Strategic Foresight Initiative at the Atlantic Council and I are leading the project.  Political scientists debate whether we are in a democratic decline or recession, but we are certainly seeing that the scope, sophistication and coordination of authoritarian crackdowns on civil society have increased. For the past 11 years, Freedom House’s aggregate scores of civil and political liberties have declined. This is troubling. Dozens of countries have imposed draconian restrictions against civil society, including NGO laws and bans on foreign funding. Peaceful assembly and dissent are being outlawed in places like Russia, Ethiopia and the Gambia. The FoA project is meant to better understand those trends and the trends affecting authoritarian learning and nonviolent challenges.

The second part, where we are now (and which will culminate in the publication of a monograph in summer of 2016), focuses on the policy options.  We will be making the strong national and international security case for supporting democratic development in an era of authoritarian resurgence. This is a tough case in a post-Iraq and Afghanistan and post-Arab Spring environment. But it’s the right case to be making given the false stability that comes with authoritarianism, and the link between democracy and long-term security.

After making the policy and strategy case we will examine the various tools, to include diplomatic interventions, foreign aid, sanctions, military-to-military relations (not military regime change!), and specific types of training and capacity building that have historically been effective at advancing democracy. The Syria experience, and wanting to understand how external actors can better support nonviolent movements, is a strong motivation for me. Erica Chenoweth and I are also writing a second book together on this topic of external support—when it helps and when it harms nonviolent resistance movements. Stay tuned for the findings.

Maria J. Stephan holds doctoral and master’s Degrees from The Fletcher School of Law and Diplomacy and a bachelor’s degree from Boston College. You can read her full biography here.

Cassie Chesley Henrriquez is a first-year MALD student and member of the PRAXIS team.

[5] Shabiha, meaning ghost or spirits in Arabic, are primarily Alawite armed miltia in support of the Ba’ath Party government of Syria, led by the Al-Assad family.