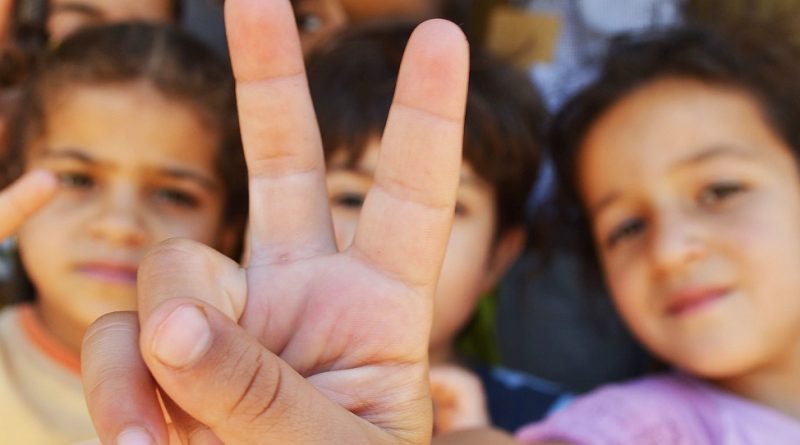 Local and International Responses to Attacks on Healthcare in Conflict Zones

A Case Study of Syria

In stark abrogation of the Geneva Conventions and the laws of war, the number of attacks on healthcare workers and health facilities have reached unprecedented levels in armed conflicts around the world. In 2016 alone, health care workers and facilities in 23 conflict-ridden countries suffered attacks.[i] The epicenter of these attacks has been Syria, where the conflict that began in March 2011 continues to rage unabated. In Syria, health care workers have been directly targeted, shot, abducted or tortured.[ii] Deliberate and systematic targeting of healthcare facilities and health workers has become known as the “weaponization” of healthcare.

Not only has this strategy resulted in large-scale loss of life, but it has sparked an exodus of health workers, added to the flow of Syrian refugees, and lent to the slow demise of healthcare infrastructure in the region. Inadequate healthcare has resulted in poor health outcomes, such as a lack of vaccinated children, the re-emergence of epidemics like cholera and polio, death from chronic but treatable illnesses, and a dramatic increase in unnecessary and risky caesarean sections. Although the prevalence of this issue has been brought to light by the efforts of human rights groups, NGOs and international organizations, research is limited as to how health care workers maintain resilience in the midst of attack and the coping strategies they employ to push forward. The risk of danger and the lack of available, accurate and reliable data in the midst of conflict in Syria poses significant limitations to conducting thorough research on this matter.

With this in mind, the purpose of this study is to explore how healthcare workers in Syria have responded to a rise in attack on healthcare, how health care delivery has evolved and adapted, and what can be learned from the resilience and ingenuity of healthcare workers working in extreme danger.

Attacks on healthcare in the setting of conflict and insecurity are not new, however, the scale with which they have been occurring over the last decade is unprecedented. Even prior to the adoption of the First Geneva Convention, medical personnel and civilians sustained numerous attacks, and the shelling of facilities with recognizable emblems has been decried since the siege of Paris in 1871.[iii] Despite the Geneva Conventions and efforts to uphold justice through international criminal tribunals, violations of IHL have become increasingly common. Humanitarians using recognizable NGO logos and emblems are targeted more readily and frequently. This may in part be due to the changing nature of war from that of conventional, state-on-state war to a rise in internal conflicts and low-intensity irregular warfare characterized by insurgencies, acts of terror, psychological and guerrilla tactics and urban warfare.

According to Physicians for Human Rights (PHR), medical facilities in non-government-held towns and cities in the governorates of Aleppo, Idlib, Hama, Homs, Daraa and Rif Dimashq have been the hardest hit. The Syrian American Medical Society (SAMS) trained data collectors to track and verify attacks on medical personnel and facilities that occurred in some of these provinces from June to December 2016. All but four of these attacks were perpetrated by pro-government forces.[iv]

Healthcare workers have adapted in countless ways to survive ongoing bombardment while providing care. They have moved underground, built cave hospitals, innovated medical equipment, used tele-medicine and even started underground training facilities in an effort to provide some semblance of healthcare. Although the international community has attempted to end the attacks through repeated public condemnation, UN Security Council resolutions have been unsuccessful. Their failure has only further normalized the weaponization of healthcare. Early on in the conflict, medical staff learned to protect themselves by building “sacrificial floors” – two or three empty stories above their area of operations that could absorb the brunt of an attack.[ Medics built concrete walls around hospitals, covered all surfaces with sandbags and even began to change the colors of ambulances or camouflage them with mud.

Safeguarding the privacy of patient information is another key challenge in enhancing and expanding the use of telemedicine. In general, safeguarding patient privacy is one area that has been especially violated throughout the conflict – both with respect to the use of telemedicine and otherwise. As per a doctor , “Privacy is everything, Information about any patient on paper or in their records, or even information that is circulated verbally – that was really, really violated. We couldn’t consider the security issues – like, if anyone knew that this patient was in this hospital today – that would be a problem. This is a very high security issue that has not been considered at all.”

Healthcare workers have innovated methods of coping with dwindling resources and mounting pressures in their quest to provide care, however, the constant strain undoubtedly leaves behind psychological and emotional wounds. A key challenge facing medical workers is that they find themselves the custodians of hope in the eyes of the people on the one hand and the object of suspicion in the eyes of the regime or armed groups on the other. The ethical dilemmas that emerge from this oxymoronic position entangles doctors in a web of decisions that are impossible to make without letting themselves down or shouldering loss. Caught in the crosshairs of battle; eating, sleeping and working 18-24 hour shifts in austere conditions; facing increasing responsibility and anxiety, doctors are prone to lose morale and are seemingly damned by one side if they discharge their professional duties and damned by the other (or themselves) if they do not. As one medical professional who worked in Aleppo said, “We don’t have time to be scared. We are being crushed like bugs daily, and the world has abandoned us.”

Being forced to make difficult choices while in a constant state of psychological distress and physical hardship undoubtedly undermines morale.[v] In this context, it is reasonable to wonder how long healthcare workers can withstand this level of duress without appropriate psychological support. An added danger may lurk around the issue of desensitization. Is it possible that the longer physicians are forced to adapt healthcare delivery to the changing dynamics of the conflict, the more this might subconsciously and inadvertently contribute to the normalization of violence against healthcare? Could a growing desensitization somehow further cement the normalcy of these attacks and diminish the urgency to end them?

To Medical Institutions and Members of Higher Education

To the United Nations

The crisis in Syria, and the unprecedented scale of attacks on healthcare in particular, is a watershed moment not only for Syria, but for the future credibility of humanitarian aid and the laws of war. The Geneva Conventions have been revised repeatedly since their origin in 1864. Perhaps now is the time for them to be revised again. Unless humanitarians and the international community begin to seriously contemplate and take steps to address these challenges, a climate of tolerance for violence against healthcare will continue. Attacks on healthcare, and the normalization of these attacks, are scourges on the meaning of humanity itself that can only be reversed if we, the international community, take diligent steps to put them to an end.

This is adapted from a larger study produced in July 2018. Click here to read the full capstone.

Karen is a recent graduate from the Fletcher School of Law & Diplomacy where she studied humanitarian and international security studies, focusing particularly on the MENA region. Apart from her graduate career, she worked as a nurse for five years in Boston, studied abroad in Israel, interned with UNRWA in Jordan, studied Arabic in Syria, Lebanon & Morocco; and taught middle and high school history in Turkey. Recently, she provided trauma care in field hospitals as a disaster response nurse with Samaritan’s Purse in Ecuador after the 2016 earthquake, as well as near Mosul during the battle against ISIS. Karen was born and raised in rural Kenya, where her parents worked as teachers. She has been married to her husband Theo for eight years.

[i] “Impunity Must End: Attacks on Health in 23 Countries in Conflict in 2016,” ReliefWeb, accessed December 8, 2017, https://reliefweb.int/report/world/impunity-must-end-attacks-health-23-countries-conflict-2016.

[iv] Adham Sahloul and Mohamad Katoub, “The Failure of UN Security Council Resolution 2286 in Preventing Attacks on Healthcare in Syria.”