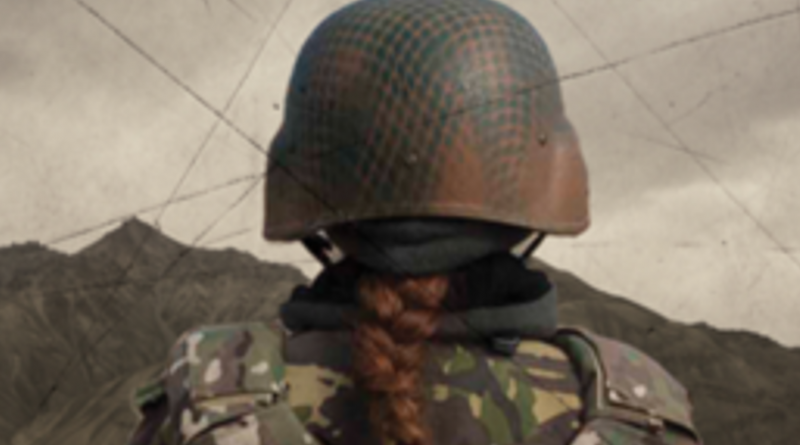 Gender, Terrorism, and Security – musings on gender and terrorism

Cover image: Front cover image crop of “A Woman’s Place: US Counterterrorism Since 9/11”

One doesn’t hear much about the Afghanistan or Iraq Wars anymore. You might see a passing mention of honoring veterans or the trillions of dollars wasted on the conflicts in the news or social media. It speaks to how easily we can disengage and ignore U.S. wars, but that’s a story for another time. That is why it is not surprising that certain topics, like women’s role in the War on Terror, have been overlooked until scholars such as Dr. Joana Cook made it relevant. Her research into women’s evolving role in counterterrorism is very important in contemporary discussions about gender roles and inclusion.

Dr. Cook’s research, detailed in her book A Woman’s Place: US Counterterrorism Since 9/11, examines how the capacity of women has changed since 9/11. Her analysis is not restricted to just women as agents in the U.S. military or as victims of terrorism, though. Women have become involved in (1) conflict prevention and reconciliation, (2) NGOs and community building, and (3) as terrorists themselves. (In particular, it was fascinating to learn how current terrorist groups like ISIS recruit females with promises of opportunity and freedom from discrimination).

The reason for this shift is complicated and unclear, and Dr. Cook simplified the main arguments in her presentation. Discourse over gender inclusion arose gradually over the years at the international and national levels; these discussions analyzed the failures of the status-quo methods of counter-terrorism. At some point, experts and scholars realized the importance of gender analysis and engaging women (on both sides of the conflicts and at all socioeconomic levels) in developing a holistic and effective approach to terrorism. It would be pretty difficult after all to come up with solutions to a problem as nebulous and adaptive as terrorism without the input of half the population. Dr. Cook also pointed out how gender inclusion has inspired new innovations in regard to combating terrorism. Finally, as the demographic most impacted by terrorist attacks, and with the right to participate, women are justified in their involvement.

That is not to say the reforms have been straightforward. Due to lack of interest, research on the topic is still insufficient. In addition, the lack of engagement has led to ambiguity in terms of clear objectives for gender-sensitive missions. Then, there is still the danger of gender inclusion leading to stereotyping of jobs and segregation based on gender. Using Dr. Cook’s research as a foundation, there are many opportunities to better understand and develop the relationship between gender inclusion and counterterrorism (as well as security in general). The presentation provided some useful ideas for future research.

First, research has been done on how international actors and national governments strive to apply a gender analysis to certain security, but almost no research has been done at the agency level. Regarding the United States, USAID and the State Department have supposedly made significant gains in promoting women’s rights and addressing the “underlying drivers” of terrorism. A deeper analysis is needed for these and similar government agencies in how they include gender analysis. Some other topics worth checking are the causes and effects of certain law and policies, such as the First National Action Plan on Women and Security. Third, we can study more on why this trend toward gender inclusion progressed in the counterterrorism field. It would go a long way to establishing holistic and inclusive solutions to terrorism.

Our latest piece, Violence Against the Rohingya: A Gendered Perspective, is now available to read on the Praxis website at https://sites.tufts.edu/praxis/2021/02/11/violence-against-the-rohingya-a-gendered-perspective/

In our latest piece, Praxis interviews Dr. Jamie Hagen @jamiejhagen to discuss a queer perspective on the Women, Peace, and Security agenda https://sites.tufts.edu/praxis/2021/02/10/queer-reflections-on-20-years-of-women-peace-and-security-a-conversation-with-dr-jamie-hagen/

@rosie_berman @fletcher_praxis Rosie, it was a great privilege to have worked with you to get this piece out. This is for the voice of the many voiceless Nigerian youths who have been terrorized by the powers that be. May we, one day, see freedom! #EndSARS

Check out our latest article about #endSARS featuring @kayoluwaseundav ! You can read it on the Praxis website here: https://sites.tufts.edu/praxis/2021/02/02/endsars-the-activism-of-nigerian-youths/