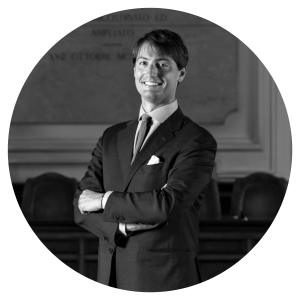 Since 2013, Francesco has been a research affiliate with SovereigNET, a centre of the Tufts/Fletcher School of Law and Diplomacy in Boston, US, dedicated to the study of sovereign wealth. He is also a member of the International Institute of Strategic Studies (IISS) in London, UK.

Francesco is currently on the supervisory board of Fondazione CRT, one of Italy’s main banking foundations, and serves as independent and non-executive board member of Banca Sistema. Earlier in his career, he served as special advisor at the Italian Ministry of Economy and Finance (2008-2011), consulted with the task force on sovereign wealth funds at the Italian Ministry of Foreign Affairs and Cassa Depositi SpA, and worked with two renowned law firms.

Francesco holds a Ph.D. in Law and Economics from the Technical University of Darmstadt, Germany. He is an Italian CFA (“Dottore Commercialista” and “revisore legale”). Francesco speaks Italian, German, English and French. He is married and lives with his wife and two kids in Rome, Italy.