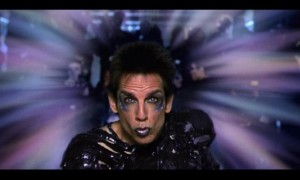 If you had the day off tomorrow to do whatever you want, what would you do?

The answer to this question depends entirely on who you ask. But are there similarities between the mental mechanisms everyone uses to make this choice? When a decision like this relies on one’s intrinsic value of activities, the emotional characteristics of everyone’s experiences seem to carry significant weight. It’s apparent that someone who always gets frightened by bugs wouldn’t beeline for the local zoo’s entomology exhibit.

The way our brain integrates this valuable emotional “color” into our decisions is tough to observe directly: asking someone how they made a decision leaves much unaccounted for. However, one methodology seems promising. Recent research has been done to develop computational models that attempt to simulate the results of a decision, and in the process help shed light on hidden emotional variables that are at work. This technique is becoming flexible enough to mimic intrinsically weighted decisions, detailed enough be be correlated to brain activity, and may soon become powerful enough to create software that can have human-like motivation and drive.

Greg Corrado and Kenji Doya have suggested a system that could help find neural emotional correlates by using computational models. When constructing a model, several variables must be taken into account to make it behave like a human would. Once variables are found that seem to represent emotional value and allow the model to make behaviorally accurate decisions, these variables can then be related back to fMRI data collected when a person is asked to make the same choice. A strong alignment between the interaction of the model’s variables and brain activation could suggest related neural circuitry that could not be functionally mapped otherwise.

A model created by Hyungil Ahn and Rosalind Picard has found a way to encode the emotional system’s anticipatory intrinsic reward into the decision making process. Their model showed that emotional biases led to significantly modulated learning behavior. Decision making processes could be varied by manipulating the intrinsic value represented in variables in the model. The researchers were able to change the model’s rate of learning, its efficiency (exploring new options vs. exploiting old ones for an intrinsic reward),  and the scope of the reward timing all by varying the amount of emotional value that was delegated in the model’s code. 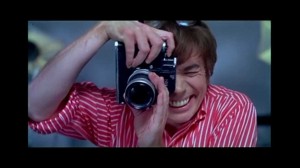 You’re an animal. You’re a tiger. You’re a computational model for affect’s effect on decision making.
Taken from: http://i.ytimg.com/vi/GWfQD72nNB8/maxresdefault.jpg

Computational models offer the scientific community a medium on which to experiment in hopes of discovering or supporting mechanisms by which we use affective input to make decisions. This research offers a way of testing hypotheses in a field where self reported data is insufficient. It also offers a way to manipulate individual affective variables without having countless confounds that would be present in an organic system. Most importantly, this research offers a way to endow software with an in depth emotional reward system that may be crucial to endeavors in artificial intelligence.

If we can get this modelling right, maybe our incipient computer overlords will have empathy for their creators… but that’s a topic for another time.