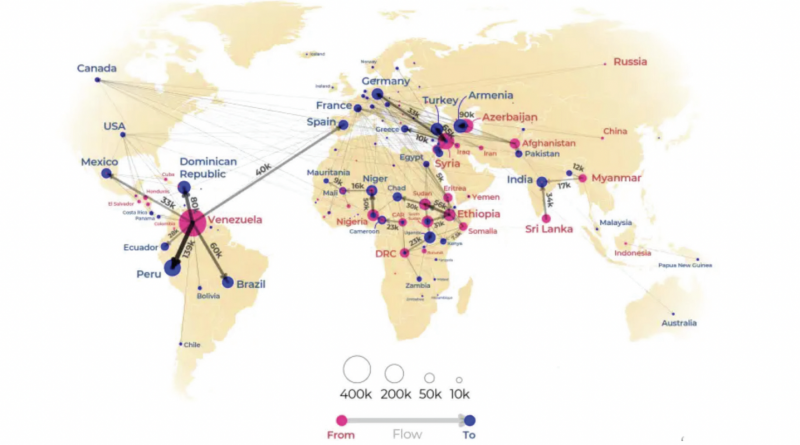 Racism—the delineation of people as the “other,” as inferior on the basis of race or ethnic identity—is neither new nor unique. This form of discrimination is formed and upheld by societal and political structures invested in maintaining differences between people who hold different identities, to the benefit of the dominant group. What are the lived experiences of migrants when they confront racism in their lives after moving to host countries? While much has been written about the racist encounters migrants have with the state and society in Europe, such accounts are much less visible for the “other” forms of migration between countries that are not always at the focus of international attention, but in no small way contribute to migratory flows worldwide. We sought to explore the journeys of migrants outside the framework of the Western hemisphere. Our exploration led us to migrants in three different countries, namely Tunisia, Jordan, and Mexico. Our examination of the forms of racism—through the state and otherwise—that migrants were experiencing emerged from interviews that focused on livelihoods and financial health. This paper explores racist acts of discrimination faced by migrants, detailing in their own words such encounters against the larger context of livelihood-building. It is hoped that through this discussion, some of the concerns around the racialized rights and experiences of migrants are rendered visible, especially in regions of the world that are not often part of mainstream discourse on the subject.

If you have any questions, please contact Kim Wilson at kimberley.wilson@tufts.edu