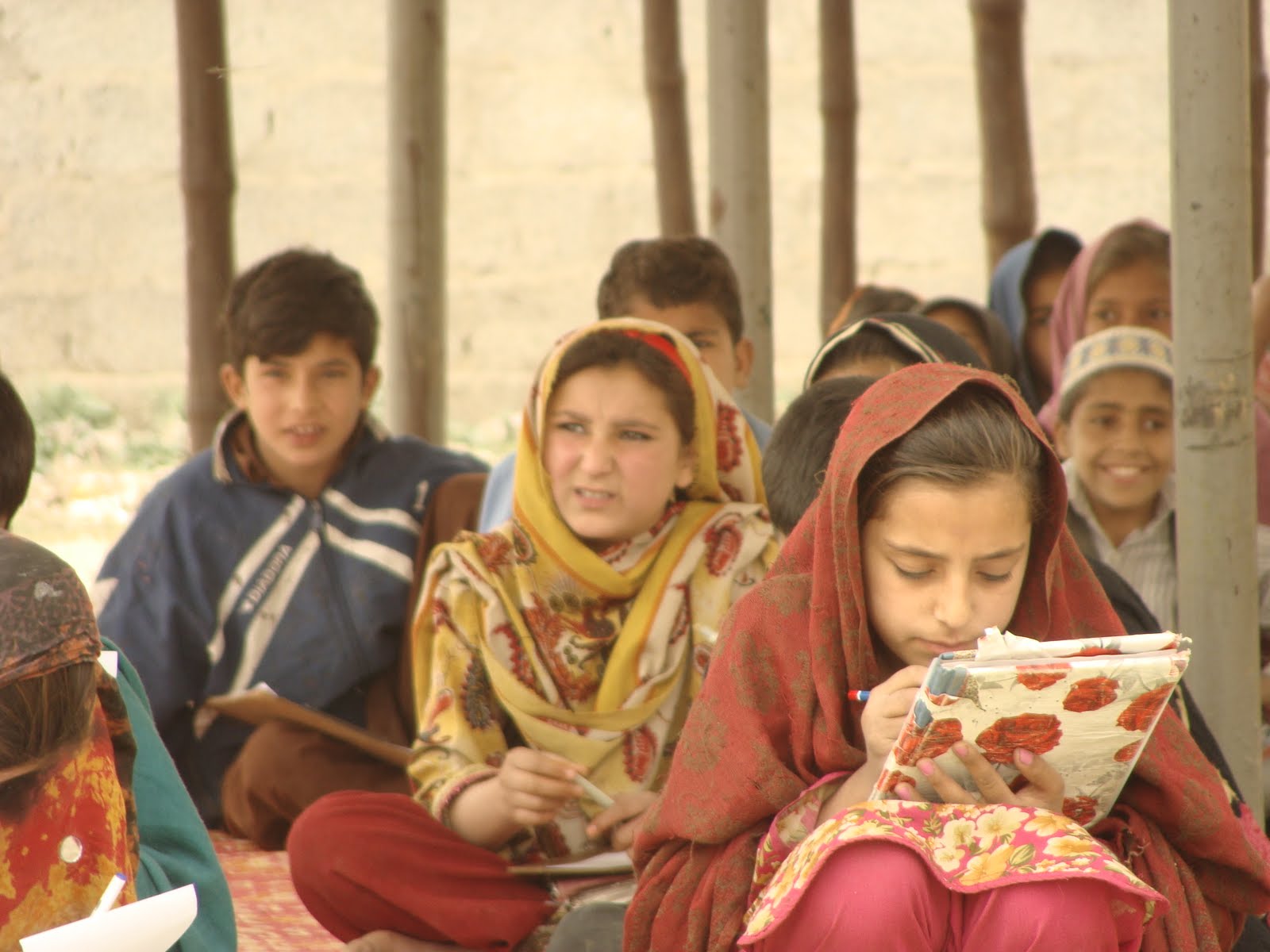 “So, what would you like to be when you grow up?”

The day had been dedicated to talk of poetry and dreams and higher things like stars. It had been slightly difficult, especially because I spoke neither Pashto nor Dari, nor the Shyaari dialect of the mountainous northern region of Pakistan. But through actions and laughter, we had re-enacted the timeless story of the firefly and the bird, captured in verse by national poet Allama Iqbal. And we had talked of his vision and the way we, as Pakistanis, were all a part of it.

Now, we were moving on to talk of other dreams. This question was a difficult one to ask, especially since I wasn’t too sure how I’d answer it myself. So there had to be a steady stream of words, buying time and letting them think.

“A singer, a dancer, a movie star! I wanted to be a writer, and write stories like the ones we read today. Come on. If you could be anything you wanted, what would it be?”

One brave soul piped up. That set them off, then.

The girls hardly spoke – they needed a little nudge. And then, they said they wanted to be doctors and nurses and teachers. Even while nudging, we knew that it would take all the efforts of the teachers and administration to keep them in school for another year.

I say school, because that’s what it was: a space for learning ABCs, 123s, washing hands and playing fair. Zooming out, the passing observer would have seen a group of big and little people settled on straw mats under a canvas roof, in a cluster of katcha (temporary) houses. For someone driving by the elite urban sector on the main road, the settlement would have been hidden from view.

The Pehli Kiran School System is a network of non-formal schools, catering to over 1300 children in the slum areas of Islamabad. It is different from the conventional education franchise in that it is molded around the reality of street-children, working children, mobile communities and others who fall through the cracks of the mainstream education system. With two shifts and flexible term-times, it gives these children basic literacy and numeracy skills with additional emphasis on imparting civic values. The eventual aim is to facilitate entry into mainstream schools following official Board examinations in grade five.

The schools address some of the pressures of rapid urbanization – now a global phenomenon. Most rural-urban migration is driven by the search for economic opportunity and hope of accessing better lives. Instead, there is growing evidence that given the lack of basic services like sanitation and loss of traditional support structures, the urban poor are often worse off than they would have been in rural areas.[1] In addition, the sprawling settlements are often offered no legal protection; the authorities in Islamabad have full jurisdiction to demolish them and make way for construction.

As “Communication Specialist,” my role at the schools was wonderfully vague. It involved a nomadic lifestyle in which I went around taking notes to design better feedback loops and monitoring mechanisms; assessing the needs of the system; and expanding outreach and fund-raising based on those needs. While my deliverables involved simple words like “report,” “proposal” and “website,” I had the opportunity to take a closer look at the local education system, as well as the dynamics of diverse ethnic communities. In the effort to create happier, more colorful, more child-friendly” schools through volunteer programs, I also got the chance to play to my heart’s content.

The “Hamara School Scheme,” during which the “dream” conversation occurred, was one of the initial activities for volunteer engagement. Pehli Kiran School No. 4 was set in a large squatter colony that was divided along ethnic lines. There were few Punjabi students; the majority were either second-generation Afghani or Pakistani Pashtun.  Some were economic migrants; some had been displaced by violence and the War on Terror in the north. After a certain age, the boys worked either as rag-pickers or helped their fathers vend fruit and vegetables at the weekly bazaars.  Girls often retreated into their homes, or were married before fifth grade.

It was perhaps not surprising, then, that their ambitions were firmly rooted in practicality. They were exposed to the real world early on, and most of them had a strong sense of the necessity of contributing to household income. The boy who said “mechanic” was to start an apprenticeship at a local motorcycle garage in two weeks time – he would have scoffed at a childish answer like “President of the World”.

And yet, they were children, after all. When we got out our poster colors to paint giant murals of our dreams, the excitement was palpable. There’s nothing quite like the immortality of a handprint set in poster-paint: bright and hopeful and each one important, no matter the size.

Madeeha Ansari is a master’s candidate at The Fletcher School of Law and Diplomacy.