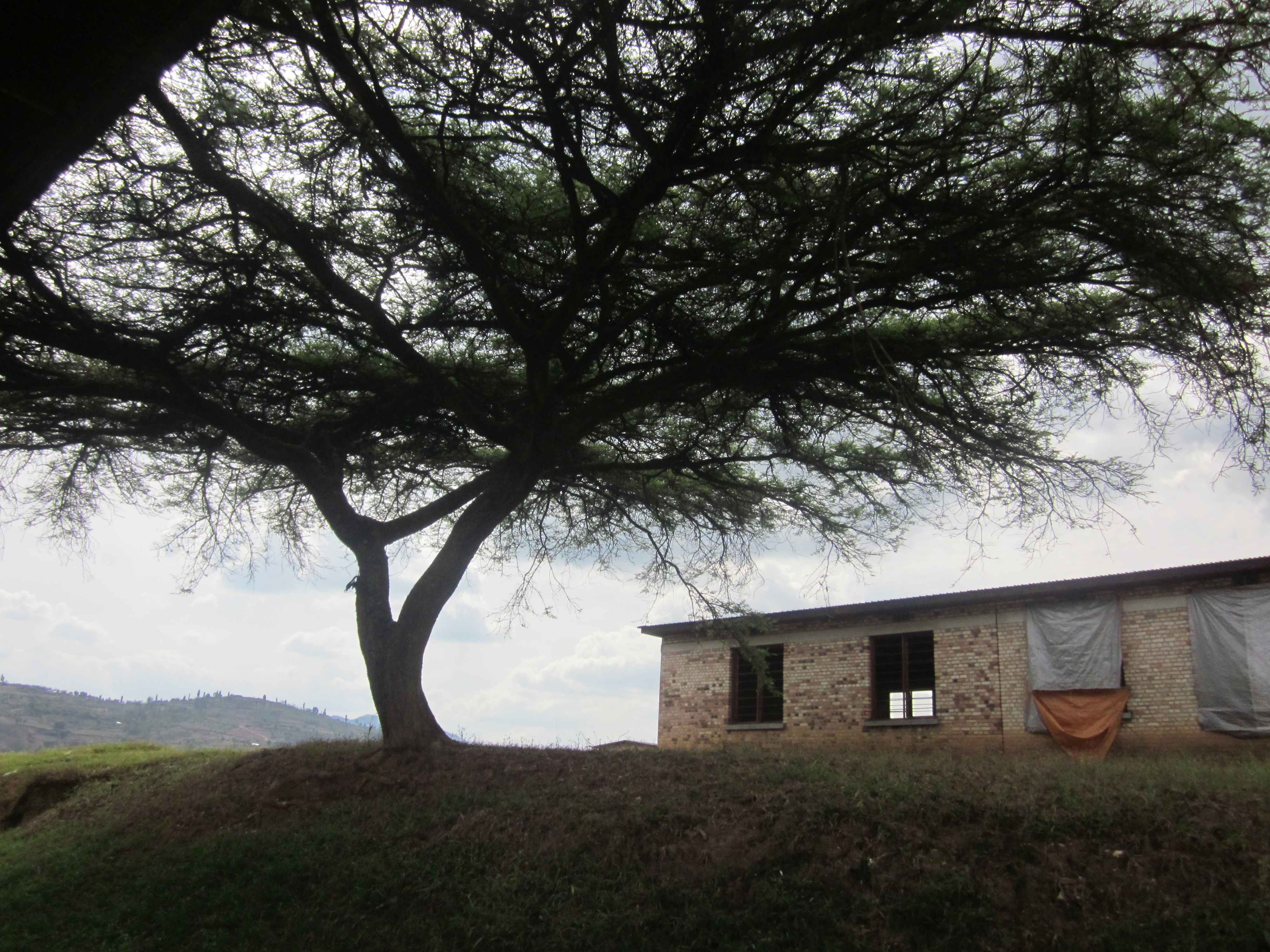 One cannot spend time in Rwanda without witnessing the effects of the grim 1994 genocide. From the road, passing through small towns, I saw signs pointing to memorials to direct Rwandans and other visitors to the sites where the memory of the 1994 genocide against the Tutsi is encapsulated. Over 500 official memorials exist throughout the country; some created by the government, others by community associations, and still others by individuals.[1] At some sites, skeletons are left intact in the position the person died, others display the bones of victims neatly arranged in rows, and still others consist of modest crosses at sites of mass burials. Memorialization has been positioned as a central part of the healing process of Rwandan communities and society as a whole.

However, inextricably linked to the memorialization process is the power it implies to choose how history is remembered through the, at times, static narrative of the genocide.

During visits to memorials, I found it striking that they appeared to be intermixed with the happenings of everyday life. From inside a memorial church, I watched a bride and groom take their wedding photographs. It struck me that this church, full of remains, would be in the background of the photos. I wondered if this had crossed their minds. A few days before, on the opposite side of the country, I sat in a beautiful church, where thousands of people had died, and watched as a service began. How could these events coexist in the same physical spaces?

The genocide memorials in the towns of Nyamata and Ntarama, 35km outside of Kigali, appear as time capsules of April 1994. Blood-stained clothes and personal items of the dead are stacked on church pews, skulls line the walls, flowers left by those paying tribute surround the altar, and holes in the brick walls of the church mark where members of the interhamwe – the Hutu militia – broke through the bricks to begin the massacre. The loss of life and subsequent pain feel visceral standing inside rooms where so many people died. The painful past continues to be memorialized in order for Rwanda to put the pieces back together and move forward.

The memorials sit at a delicate crossroads. They represent the desire and efforts of genocide survivors to mourn, remember, and heal. At the same time – they are important tools used by the state in its effort to create a collective identity and narrative for Rwanda. In a country where so much energy has been put into reconciliation, healing, and moving forward, it is essential to consider the healing of those Rwandans whose stories are not represented by the hundreds of memorials and the national narrative. Many Hutus who suffered during the genocide, Hutus and Tutsis who were killed or displaced by conflicts in the decades leading up to the genocide, and those who continue to be targeted for speaking out against the government are just a few examples of populations not considered in the memorialization process in current-day Rwanda.

These silences allow some memories to slip between the cracks, as there is no public space for pluralistic or disputed memory.[2] The memorials may serve as physical manifestations of both the story of the genocide and of healing for some Rwandans, while at the same time selectively defining whose lives are remembered.[3] Sitting on a bench outside one of the memorials, uncomfortable from the mix of sweat and dust covering my face – and my own emotional response triggered by witnessing such profound suffering – I asked the memorial’s docent about the Rwandans not mentioned in the memorial. Where and how do they grieve? His response began with, “What do you mean? Only these people [Tutsis] suffered and they grieve,” and then shifted to, “You shouldn’t say things like that, it lessens the experience of these people.” On the walk back to the main road, I considered what it must feel like to be excluded from what is considered loss and who is “permitted” to mourn in Rwanda. What does it feel like to have your story unheard and unrecognized? How much harder is it to heal?

It is possible that the memorials allow for healing on the individual level, or even community level, for some Rwandans through the acknowledgement of the horrendous crimes and the creation of a public space for ongoing remembrance. Of course, it is important to take into consideration that not all people want to remember, mourn, or heal publicly. However, national unity may not be possible on the deeper levels until all of the groups of Rwanda’s fractured past have the opportunity to engage in this process.

Katherine Conway-Gaffway is a master’s candidate at The Fletcher School of Law and Diplomacy. This summer she conducted an evaluation of a conflict resolution program in Rwanda with Search for Common Ground (unrelated to the blog post). Previously, she work in international development in Peru, Mexico, and Honduras. Her research focuses on the role of memory, memorials, and reconciliation in the context of transitional justice.

One thought on “Memorials: The Nexus Between the Political and the Personal by Katherine Conway-Gaffney”