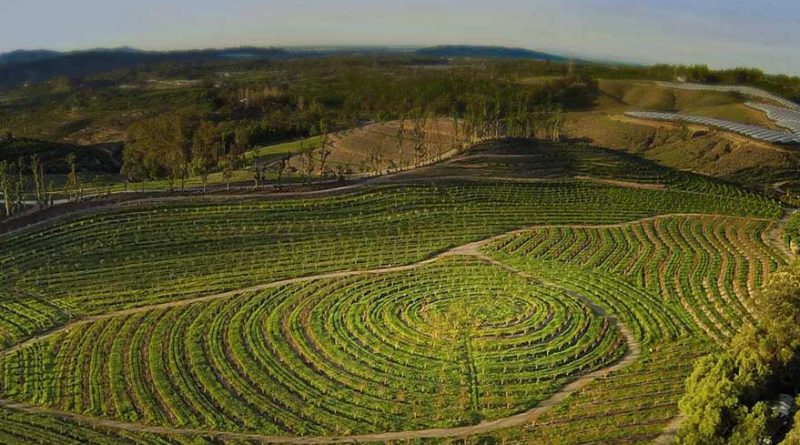 A Delicate Dance with Nature: Musings on food and farming

When I heard the Fletcher School’s Food Policy Club was hosting a documentary on campus called The Biggest Little Farm with taglines “climate change,” “food security,” and “sustainability,” ideas suddenly came to mind (I went into the screening blind). I was thinking of something along the lines of a gritty, cynical story of food insecurity and unsustainable farming practices around the world, how people are dealing with it, and the consequences if we ignore it.

Suffice to say, my expectations were somewhat off the mark.

I was (pleasantly) surprised to watch an uplifting and personal story about a couple’s struggles and triumphs as they realize their dream of their ideal farm. Their 8-year long quest began when they adopted a dog named Todd, who altered their lives forever. In the Chesters’ own words, Todd “filled us with purpose.” Indeed, due to an odd series of events caused by Todd, Molly and John decided to establish a farm “where they have every plant and animal that can exist on a farm.” With the farming expert, Alan, as their consultant, they started the complex and difficult process of regenerative agriculture to grow, sustain, and diversify the Apricot Lane Farms. (Interestingly, they never used that term in the documentary; one of the leaders of the Food Policy Club explained how the term applied).

I was stunned by the obstacles and the farmers’ creative solutions to said obstacles: from finding investors and employees, to fertilizing the land, to dealing with various pests and animals (insects, snails, coyotes, oh my!) that threatened their crops and livestock.

While I knew farming was difficult, I gained a new perspective from seeing what is necessary to maintain a farm harmonious with nature, as opposed to the exploitative and self-destructive practices of industry-owned farms. Furthermore, after contemplating the documentary, I more clearly see its subtle connection to food security. If only indirectly, I’m glad my expectations were not completely wrong.

Food security, the availability and accessibility of food, goes to the heart of security as food is a basic necessity of life. Even those who ascribe to the “traditional” view of security know food is mandatory for a population and any military. Of course, one reason food insecurity, as well as famine and starvation, still exist in the modern world is because of food waste and distribution problems. With the tons of food produced each year, food insecurity would be resolved if a sustainable system of distribution was implemented. At least in the short term, anyway. In the long term, however, as The Biggest Little Farm reflected on, the unsustainable use of farmland and nature in general will eventually lead to a lack of sufficient food for everyone. The Chesters’ journey and triumph exhibit a solution through not only regenerative agriculture, but also through “coexistence with nature.” It means to work with the environment and farmland because it can self-regulate with minimal human assistance. Instead of trying to control and manipulate the land for short-term convenience and profit, farmers like the Chesters would be patient and adapt with the land.

With that said, what the Chesters accomplished was by no means easy. As mentioned earlier, the obstacles often eroded their “uncompromising idealism” and led to disillusionment. They were often tempted to take shortcuts (using pesticides or focusing on one crop). There was also some information left out of the documentary, such as the specifics on their investors or how they paid their employees during the rough times. Despite these shortcomings, what they did was worth it in the end. Not only did they achieve their dream of a self-sustaining farm, they now live as stewards of the land, without sacrificing the prosperity of future generations. In that same way, food security (and by extension human security) require deliberate, comprehensive solutions in lieu of convenient but ultimately self-destructive procedures.

The Chesters’ friend and consultant, Alan, called their work “the rhythm of farming.” While I’m not sure how that rhythm would sound, in my opinion, there are many people in the world who would prefer to sing and dance to that rhythm than listen to growls of their empty stomachs.