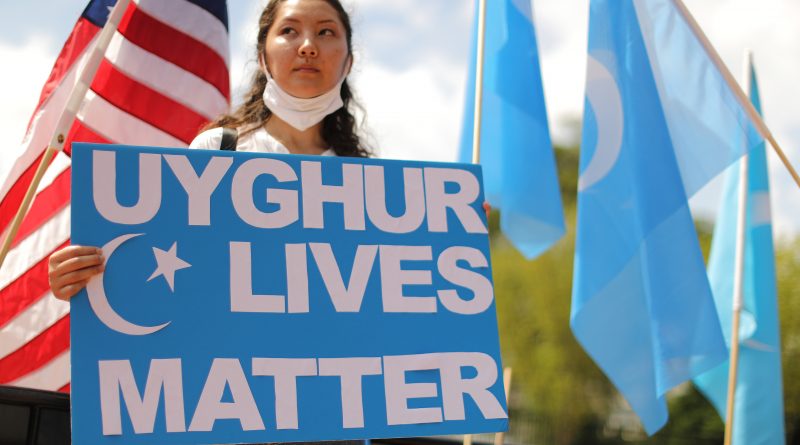 The People’s Republic of China bears State responsibility for committing genocide against the Uyghurs in breach of the 1948 Convention on the Prevention and Punishment of the Crime of Genocide, according to a ground-breaking report published by the Newlines Institute of Strategy and Policy in Washington, D.C.

In 2014, the Chinese Government began a “re-education” effort in Xinjiang aimed primarily at the Uyghur minority in their so-called “war on terror”. The Chinese Communist Party (CCP) greatly expanded the program in 2017, imprisoning over one million people in concentration camps and subjecting those who were not detained to forced labor, sexual abuse, and intense surveillance, among other violations. There have been alarming reports of horrific living conditions within the camps where detainees are subjected to systematic sexual assault and mass rape, coercive birth prevention procedures, sleep deprivation, torture, and political indoctrination. Outside of the camps, the CCP is attempting to “break their connections, lineage, and origins” by separating Uyghur children from their families and sending them to live in state-run orphanages. Families of detainees are paired with Han cadres as a part of the “Becoming Family” program. Under this program, cadres often sleep in the same bed as members of Uyghur households, where sexual abuse and rape have become common. According to explicit Government orders, the intent behind such measures targeting the Uyghurs is to “wipe them out completely…destroy them root and branch”.

The actions of the Chinese Government to repress the Uyghurs are all examples of genocidal acts under Article II of the 1948 Genocide Convention – but what makes it a genocide per se is the intention behind the acts. The report lays the necessary legal groundwork for an understanding of the crime of genocide and concludes that China’s policies in Xinjiang against the Uyghurs violate the Genocide Convention. Historically, genocide has only been invoked by the U.S. State Department to describe episodes of mass killing, such as in Rwanda, Bosnia, or Nazi Germany. But the State Department’s legal stance is very narrow and puts too much emphasis on the first category, mass killing, of genocide under Article II. In fact, there are five categories of genocide laid out by the Convention. Under Article II, genocide means any of the following acts committed with intent to destroy, in whole or in part, a national, ethnical, racial or religious group, as such:

Article II states very clearly what genocide is under international law – what it is not is only mass slaughter, despite what some would have you believe. And frankly, it does not matter what the common understanding of the term genocide is, as genocide is a word laden with legal ramifications, chief among them the duty to prevent and punish by signatories to the Genocide Convention.

The report is significant and crucial to ongoing conversations because it examines the Uyghur genocide through the lens of the 1948 Convention and understands that genocide is more nuanced than instances of mass killing. It listens to the voices of women survivors and amplifies their stories alongside those of men. This genocide is unique in that the majority of the reported genocidal acts perpetrated on a massive scale by the CCP have been, and continue to be, non-lethal: coercive birth prevention measures, separation of children from families, destruction of mosques, rape and sexual violence, and indoctrination, to name but a few.

And yet, only three countries (the U.S., Canada, and the Netherlands) have called what is happening in Xinjiang a genocide. Out of 152 States who have ratified or acceded to the Genocide Convention, 148 (China is one of the signatories) have not spoken out against China. Even the Dutch Parliament’s motion fell short of directly holding the Chinese Government responsible. Many excuses have been given, the most common among them that there is simply not enough evidence to declare something as serious as genocide. Well, there is now.

Beyond making it unequivocally clear that China is committing genocide against the Uyghurs, the report also uses a very strong gender analysis and demonstrates how China is violating each of the five acts of genocide under the Convention, not just the act of killing. This is a turning point in discussions about genocide. Traditionally, genocide is viewed within the context of mass atrocities like the Holocaust, known for its concentration camps and gas chambers that killed millions, or Rwanda, infamous for the 100 Days of Slaughter where some 800,000 people were butchered. But in Xinjiang, China is utilizing a variety of tools, including forced sterilization and separating children from families, to reach their goal of destroying the Uyghurs as a group, in part or in whole – and the world cannot claim ignorance.

Genocide is a very gendered act. Because women are more likely to be victims of non-lethal acts of genocide (such as mass internment in unlivable or horrific conditions, forced sterilization, or sexual torture intended to deter them from reproducing), they are more likely than men to survive genocide. As a result, they are often viewed as passive bystanders and witnesses to what occurred, rather than active victims themselves. Their stories become footnotes in history, and they do not receive the justice or recognition they deserve. The world must understand the complexities of genocide while acknowledging there are various acts that constitute genocide. It is my hope that as more attention is brought to the plight of the Uyghurs and the ongoing genocide in Xinjiang, a greater understanding will evolve around the different acts of genocide. The international community can no longer turn its back on the Uyghurs and equivocate on actions against China. We can no longer accord higher value to mass slaughter over other non-lethal genocidal acts in punitive and transitional justice processes.

Emily Prey is a Senior Analyst for Special Initiatives at the Newlines Institute for Strategy and Policy, a think-tank in Washington, D.C. Prior to joining Newlines, Prey served as Project Manager for the Financial Integration in Displacement Initiative of IRC at Tufts University. She has also worked for UNICEF and several global NGOs in Southeast Asia, East Africa, and the Middle East. Prey is a child protection and gender specialist with several years of experience working in international development settings. Her areas of research include child marriage, human trafficking, and transitional justice. She obtained her Master’s in Gender Analysis and Human Security from The Fletcher School of Law and Diplomacy and her Bachelor’s in History from Williams College.