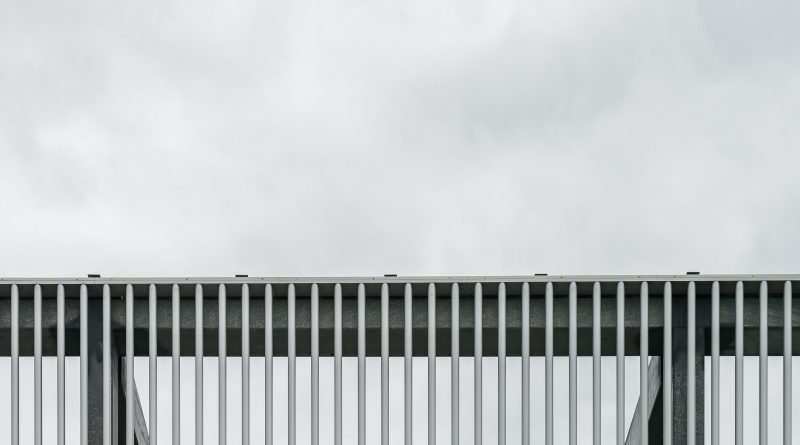 Scrolling through your favorite news application on your phone you encounter two images, both attached to headlines about human trafficking. One shows a woman in tattered clothing and an apron kneeling on the ground of a restaurant bathroom, bent over as she sponges the tiled floor. The other pictures a scantily clad teenage girl tied with rope to a bed in a dirty motel room, hiding her face behind her unkempt hair. Which article do you read?

Sex sells; it always has and likely always will. Struggling to stay afloat in our oversaturated media landscape and hyper-competitive funding environment, news organizations and NGOs combating human trafficking are incentivized to produce sensational pieces which have the power to shock readers and donors alike into clicking on articles and funding their operations. While frequently well-intentioned, these organizations often rely on salacious and attention-grabbing material to induce a moral panic among their target audience around the idea of colossal numbers of women and children sex trafficked into the country. The data tells a different story. According to a 2017 report by the International Labor Organization (ILO) and Walk Free Foundation, only 19% of forced labor victims worldwide are exploited for sexual purposes. Sixty-four percent, on the other hand, are exploited for non-sexual labor. An additional 17% are victims of state-imposed forced labor.[1] Sex trafficking is abhorrent and deserves attention, but the disproportionate and highly emotional focus on sex trafficking distracts from the statistically greater issue of labor trafficking. Furthermore, it equates all migrant sex workers with trafficking victims. This undermines migrant sex workers’ agency and ultimately causes further harm.

Discourse around sex trafficking is inevitably intertwined with societal norms and conceptions around migration, sexuality, gender, and crime. As such, anti-trafficking efforts tend to be grounded in public morality concerns and exploited by those with ulterior motives to curb migration and end all forms of sex work. Jyoti Sanghera notes in her research on human trafficking discourse that “the dominant trafficking paradigm rests upon an absence of the critical distinction between trafficking and migration on the one hand and trafficking and prostitution on the other.”[2] A conflation of all forms of trafficking with migration and prostitution coupled with highly sensationalized and anecdotal rhetoric leads to intensified policing of migrant sex workers, which harms the very people these measures claim to protect.

The United States Trafficking in Persons (TIP) Report plays an instrumental role in defining trafficking and imposing implementation standards around the world. It has also historically made unsubstantiated claims about the scale of sex trafficking.[3] The Global Network of Sex Workers Project has found that the TIP Report “has consistently ignored harms to sex workers, including arrest and deportation of sex workers, abuse and violence during raids, increased vulnerability to violence, and increased stigma and discrimination resulting from trafficking legislation and initiatives.”[4] From “rescue” raids which force migrant sex workers into detention center-like facilities after suffering police brutality, to the criminalization of carrying condoms – leading to elevated risk of STI transmission[5], increased policing due to anti-trafficking efforts erodes the security of migrant sex workers, both trafficked and not.

One victim of sex trafficking worldwide is one too many and this category of trafficking merits scrutiny, research, and action to minimize its reach. Still, it is important to recognize that prioritizing sex trafficking as the most prevalent human trafficking practice despite data to the contrary puts trafficking victims and voluntary sex workers at risk for heightened exploitation and violence. Media coverage and exaggerated reports on sex trafficking may capture the interest of the general public, but ultimately distract from the more widespread practice of labor trafficking. Further, such coverage motivates harsh policing practices which harms both trafficked and independent migrant sex workers and does little to challenge global sex trafficking networks.

Governments, NGOs, and the media must recognize these discrepancies and begin to shift their focus towards operations against labor trafficking networks which continue to enslave millions of people worldwide. Additionally, anti-sex trafficking efforts should incorporate voices of migrant sex workers themselves, who can help identify exploited individuals and assist in the conviction of sex traffickers. No effort will succeed, however, if laws and policies continue to force migrant sex workers to live in fear of targeting by law enforcement, diminishing their potential role in reducing the type of trafficking about which so many claim to care deeply.

Sara Lodgen is a first-year master’s candidate at The Fletcher School of Law and Diplomacy focusing on migration, gender analysis, and human security. She is currently a Research Assistant for the Refugees in Towns project and a member of the organizing team for the Conference on Gender and International Affairs. Prior to attending Fletcher, she spent several years working in higher education, particularly in international university admissions, where she counseled students and their families through the U.S. admissions process.