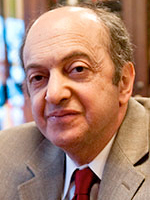 Ibrahim Warde is Adjunct Professor of International Business. He is Carnegie scholar working on informal and underground finance in the Islamic world. His books include “The Price of Fear: The Truth Behind the Financial War on Terror”, which has been translated into French, Italian, Japanese, and Czech, and was selected by Foreign Affairs as one of the best books of the year about economic, social, and environmental issues, and “Islamic Finance in the Global Economy”, now in its second edition. He holds a B.A. from Université Saint Joseph in Beirut, Lebanon, an M.B.A. from France’s Ecole des Hautes Etudes Commerciales, and an M.A. and a PhD in Political Science from the University of California, Berkeley.

To learn more about courses taught and publications by Prof. Warde, click here.

Leila Fawaz is the Issam M. Fares Professor of Lebanese and Eastern Mediterranean Studies at Tufts University. Her research interests span modern Middle Eastern history, specializing in Lebanon, Greater Syria, and the end of the Ottoman Empire.  In 2012, Professor Fawaz was awarded the title of Chevalier in the French National Order of the Legion of Honor. She also served as the founding director of the Fares Center for Eastern Mediterranean Studies at Tufts University and as president of Harvard University’s Board of Overseers. Fawaz received her PhD in History from Harvard University.

To learn more about courses taught and publications by Prof. Fawaz, click here 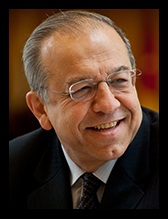 Nadim N. Rouhana is Professor of International Affairs and Conflict Studies and Director of the International Negotiation and Conflict Resolution Program at the Fletcher School of Law and Diplomacy. His current research includes work on new paradigms of conflict analysis and resolution, the Israeli-Palestinian conflict, the dynamics of between religion and nationalism, and settler colonialism. He was a co-founder of the Program on International Conflict Analysis and Resolution at Harvard’s Weatherhead Center for International Affairs, where he co-chaired the Center’s seminar on international Conflict Analysis and Resolution from 1992-2001. Dr. Rouhana is also the Founding Director at the Mada al-Carmel—Arab Center for Applied Social Research in Haifa, Israel.

To learn more about courses taught and publications by Prof. Rouhana, click here.

Malik Mufti teaches courses on international relations as well as the politics of the Middle East. He received a Ph.D. and an M. A. from Harvard University, an M.A. from Yale University and a B.A. from Middlebury College. His current projects include a study of Ibn Khaldun’s concept of asabiyya, and a larger research project on realpolitik in Islamic political thought. He is a recipient of the Lillian and Joseph Leibner Award for Distinguished Teaching and Advising.

To learn more about courses taught and publications by Prof. Mufti, click here.