It may already be February, but in my opinion it’s never too late to set New Years’ Resolutions, and one of mine—maybe not surprisingly—is to visit more museums! With museums increasingly reopening after the pandemic restrictions of the past two years, there has never been a better time to schedule a museum visit or two. Here are a few of the Boston-area museums I’m looking forward to checking out in 2022! 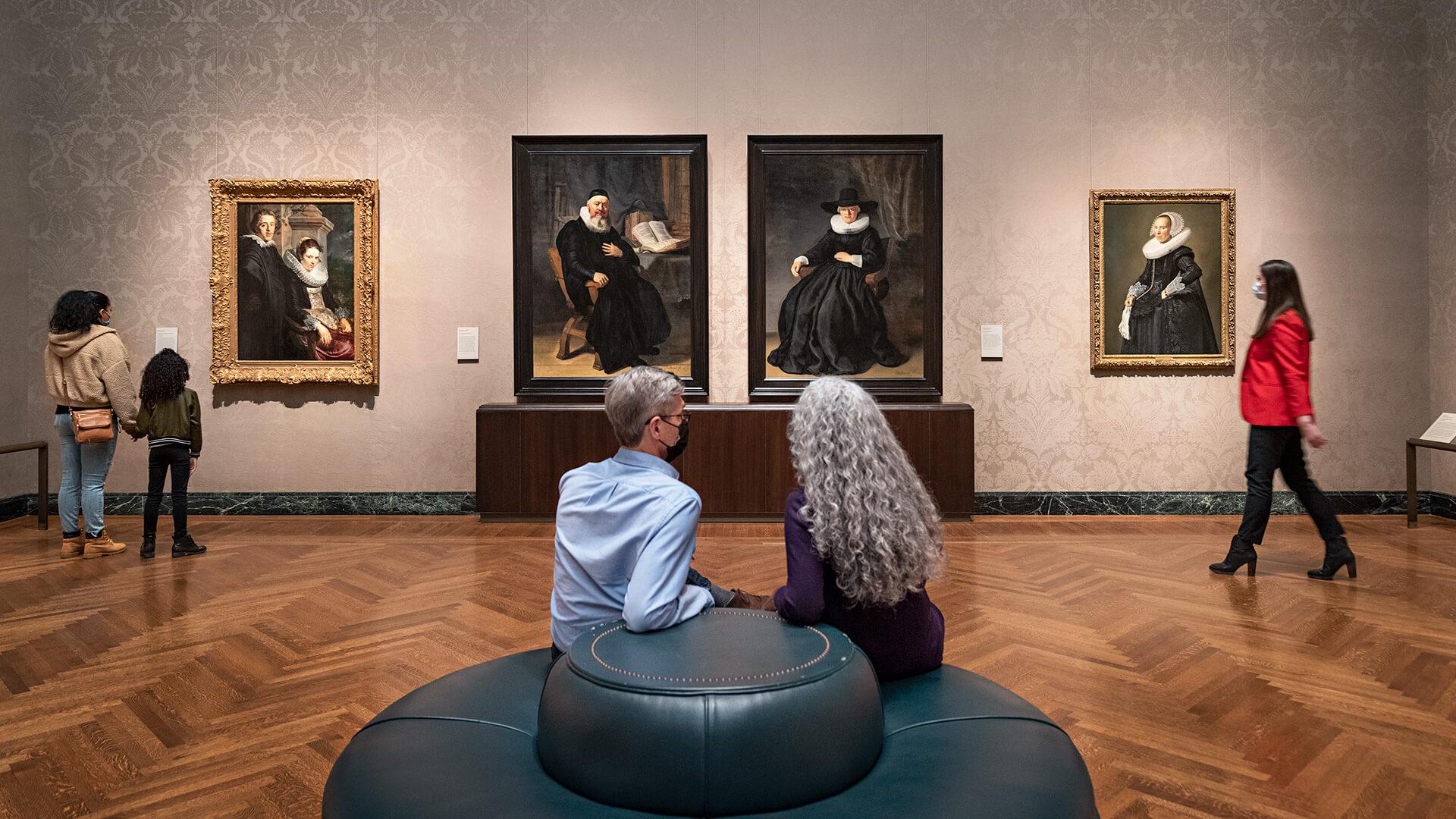 The newly-reopened galleries of Dutch and Flemish Art at the MFA.

The Museum of Fine Arts

The MFA has long been one of my favorite museums, but when I heard that the museum recently reopened its Greek, Roman and Byzantine and Dutch and Flemish galleries, I knew I had to plan another visit ASAP! Between these two recently reimagined spaces and the museum’s many other ever-popular collections, there is always something new to discover at the MFA. And don’t forget that Tufts students can take advantage of free admission!

The Museum of Science

Even though I’m an art historian myself, I’ve always loved visiting science museums. And despite living in Boston for nearly two years now, I still haven’t taken the time to visit Boston’s Museum of Science! From animals, to engineering, to outer space, and beyond, there is something for everyone at the Museum of Science, including adults. Check out a list of their current exhibits here! 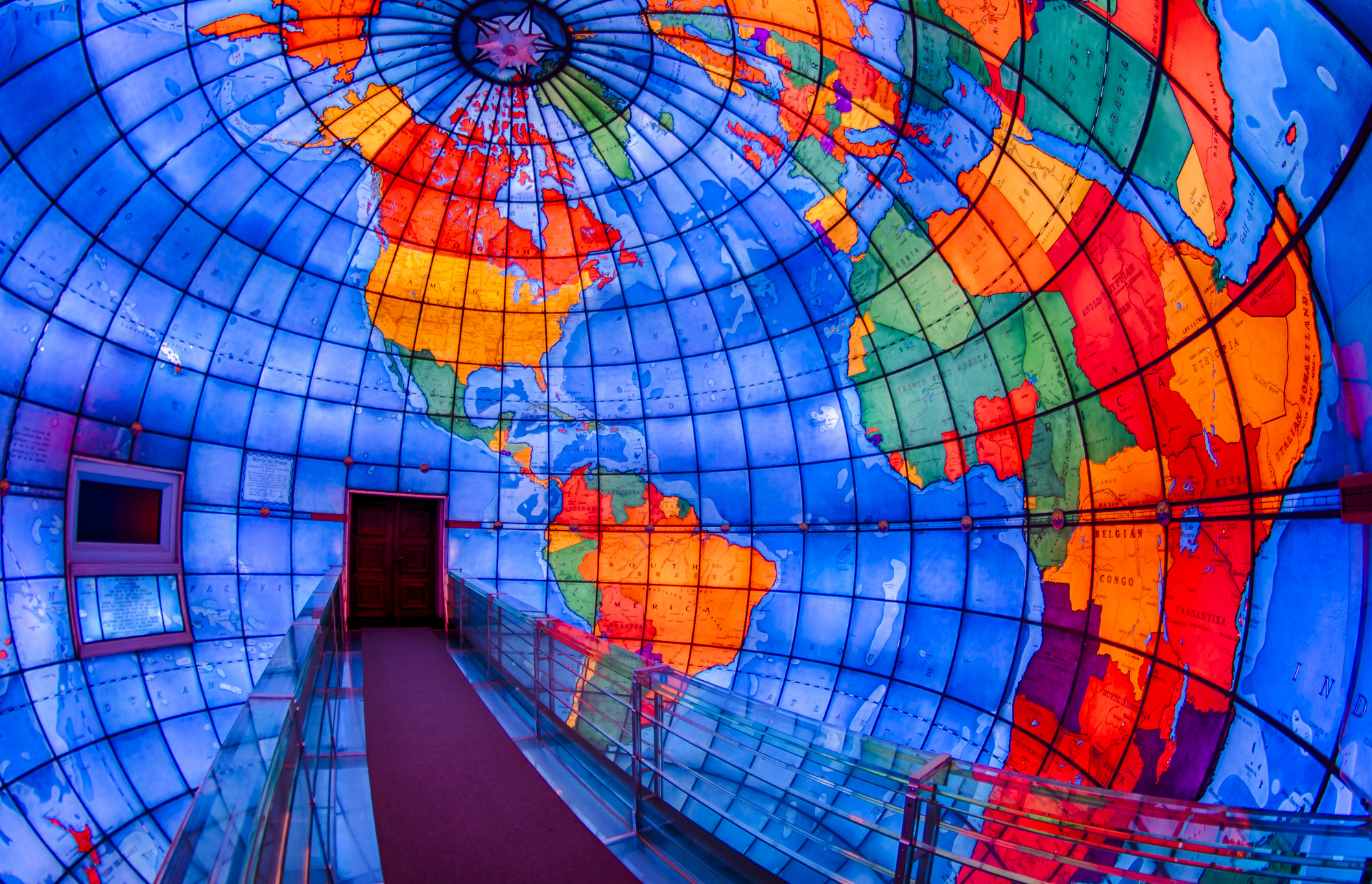 The Mapparium at the Mary Baker Eddy Library.

Another museum that has been on my radar since I moved to Boston is the Mary Baker Eddy Library, a historic research library that also offers a wide range of exhibitions and special events. I’m particularly curious about the Mapparium, a three-story-tall stained-glass globe that dates from 1935. The site is open every day from 10am–5pm, and admission is $6 (but NEMA members can get in for free!).

The Museum of Bad Art 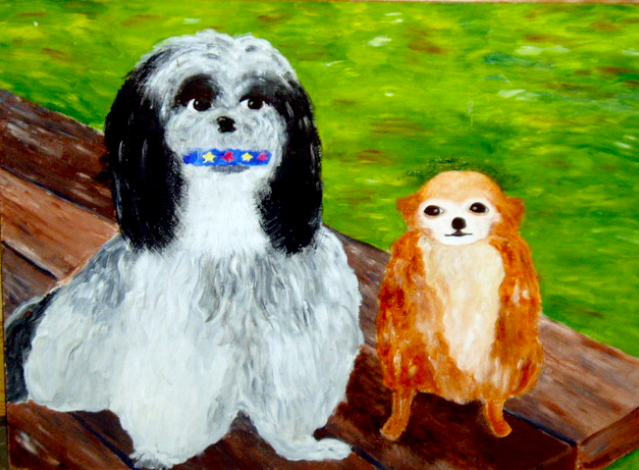 “Charlie and Sheba,” a 2007 painting by an anonymous artist that can be found at the Museum of Bad Art.

Located right by Tufts’ campus in Davis Square, the Museum of Bad Art describes itself as “the world’s only museum dedicated to the collection, preservation, exhibition, and celebration of bad art in all its forms.” While the museum is currently closed indefinitely, you can still explore their collection online. While I won’t disagree that many of the museum’s holdings are in fact pretty bad, they’re also fascinating and incredibly entertaining!

Another museum not far from Tufts’ campus is the Harvard Art Museums, comprised of the Fogg Museum, the Busch-Reisinger Museum, and the Arthur M. Sackler Museum. The Harvard Art Museums boast a diverse collection, with artworks from all over the world and ranging from ancient to modern and contemporary. And if art isn’t your thing, Harvard also has a bunch of other museums including the Warren Anatomical Museum, the Harvard Museum of Natural History, the Peabody Museum of Archaeology and Ethnology, and more. Personally, I’m looking forward to checking out all of them soon! Tufts students can get free admission to the Harvard Art Museums, too—but don’t forget to make your reservation in advance here!

Are there any museums on your 2022 bucket list? Let us know in the comments!

The Fitchburg Art Museum is hiring a Director of Education and a Part-time Development Assistant—check out both job descriptions below!

The Fitchburg Art Museum is a catalyst for learning, creativity, and community building. We accomplish this mission with art historical collections and exhibitions, special exhibitions of contemporary New England art, education programs, public art projects, community partnerships, and creative economy initiatives. All decisions, initiatives, projects, and programs at the Fitchburg Art Museum reflect our commitment to art, education, and the greater community.

The Fitchburg Art Museum (FAM) seeks an experienced, dynamic, and creative Director of Education (DoE) to manage and provide vision for our Education Department.

FAM is fully committed to equity in all aspects of museum practice and is a leader in the growing movement to make art museums more relevant and responsive to their immediate communities. FAM works closely with multiple partners to improve the quality of life and community health in our region, and we seek to continually grow and learn from the communities that we serve. FAM is a visionary leader in developing programs for underserved audiences, as well as for our city’s 35% Latino community.

Specifically, the DoE will:

The DoE reports to the Museum Director and is a key member of the senior leadership team. The DoE supervises a School Programs Manager (FT), Director of Docents (PT), and interns, and works closely with FAM’s Curatorial Department and a small but passionately devoted professional staff. The DoE is the staff liaison to the FAM Trustees’ Education Committee, and will serve on the 2023-2027 Strategic Plan Steering Committee.

The successful candidate will have:

To apply, please send a letter of interest, CV, and three references to FAM Director Nick Capasso at ncapasso@fitchburgartmuseum.org. FAM seeks to fill this position by April 1, 2022. Interviews will commence in February 2022.

The Development Assistant will advance the development efforts of the Fitchburg Art Museum by providing administrative support in the development department, primarily through gift processing, acknowledgements, and maintaining accurate and complete records in the constituent management database, Altru, a Blackbaud product.

Please note: This is a one-year part-time contract position with the possibility of becoming a permanent position after the first year. 18-20 hours/week, primarily on-site in Fitchburg.

Working with the Manager of Membership and Events:

Interested candidates should send a cover letter, CV or resume, and the names and contact information for 2 references by email to Rebecca Wright at rwright@fitchburgartmuseum.org by January 14, 2022. 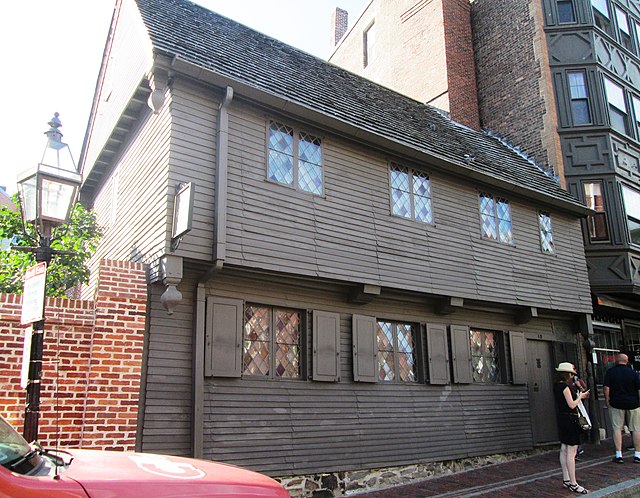 The United States boasts lots of historic house museums with at least a few in nearly every state, and one of the first-established historic house museums is right here in Boston: the Paul Revere House, opened to the public in 1908. From its construction around 1680 (341 years ago!) to today, the Paul Revere House boasts an extensive and fascinating history, and is one of many Boston museums that is always worth a visit!

Situated at 19 North Square in Boston’s North End neighborhood, the building known today as the Paul Revere House is believed to have been built around 1680. Though it may not seem like it from our present-day perspective, the house was essentially a mansion by seventeenth-century standards: with two high-ceilinged stories, a small attic, and a basement kitchen, the house had much more space than many others at the time. The first inhabitants of the house were, in fact, one of the wealthiest families in Boston at the time—merchant Robert Howard, his wife and daughter, and one enslaved man. 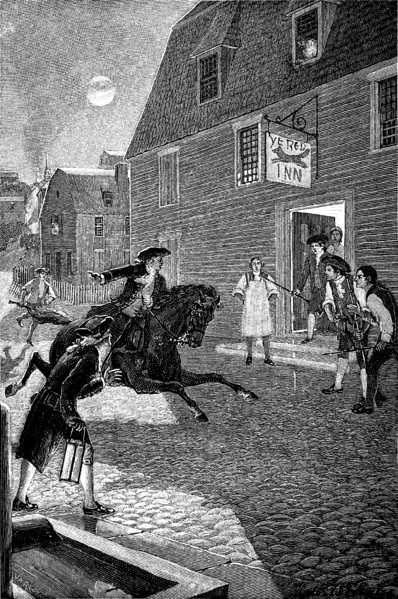 Paul Revere, the house’s fourth owner and its most famous resident by far, occupied the property from 1770 (when he was thirty-five, and the house was already ninety years old) until 1800. For those three decades the house was home to Paul, his first wife Sarah Orne Revere, his second wife Rachel Walker Revere, his sixteen children (although it’s believed that only five to nine children lived in the house at any given time), and occasionally extended family members and boarders as well. It was also where Revere began his famous Midnight Ride on the night of April 18th, 1775: he made his way from the house to the Charles River, which he rowed across in a canoe, then got on a horse and rode several miles north to Lexington and Concord to warn Samuel Adams and John Hancock of the British troops’ approach. After being captured by the British and held for a few hours, Revere began to make his way home on foot, witnessing the Battles of Lexington and Concord in the process.

For a century or so after Revere moved out of the house in 1800, the building served a variety of purposes. The ground floor was transformed into a commercial space: a bank, a grocery, a candy store, and even a cigar factory all operated there in turn. The upper floors, meanwhile, served as a boarding house, most often for the Italian, Irish, and Jewish immigrant families who were increasingly settling in the North End at that time.

In the first years of the twentieth century, there was a small fire in the basement of the house—fortunately it wasn’t significant enough to cause any damage to the house, but it did make the newspapers at the time. This increased scrutiny on the house led to it being purchased by a Revere descendant, John P. Reynolds, Jr., in 1902. After several years of fundraising and restoration, the Paul Revere House opened as a museum in 1908. Today, visitors can tour four rooms in the house: the kitchen, the hall (which is the only room in the house to model a pre-Revere period, inspired instead by the Howard family’s residence in the late seventeenth century), and two upstairs bedrooms. Also on the museum’s property are the Pierce–Hichborn House, a brick house that dates to 1711 and was occupied for many years by Revere’s cousin Nathaniel Hichborn, and Lathrop Place, a nineteenth-century building that was originally constructed as tenement housing and has served since 2016 as the museum’s visitor center.

Historic house museums have proven enduringly popular, and given its status as one of the nation’s first historic houses and the oldest continually standing building in downtown Boston, the Paul Revere House is no exception! The museum is open to visitors every day from 10am to 4:15pm (and don’t forget that if you’re a NEMA member, you can get in for free!).