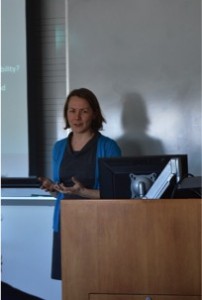 Of the 15-minute talks I saw (we had so many presenters, there were two sessions going on at once!), one of my favorites was Emma Schneider’s presentation on listening. Emma (pictured right) is a graduate student in the English department who is interested in environmental policy. Emma began her presentation by pointing out that when it comes to environmental policy, there is no lack of people speaking out, there is no lack of data, but there is a lack of listening. Emma then discussed how she analyzes texts about listening to nature, the silence around us, and of course, other people!

Of the shorter, 5-minute talks, the one that stuck out to me most was “MacGyver Robots” given by Vasanth Sarathy (below) of the Computer Science and Cognitive Science Departments. Vasanth is interested in teaching robots how to change how they react to an object based on context. The example Vasanth used was a knife. When picking up the knife to cut something, the robot should pick it up by the handle. When picking up the knife to give it to someone (or something?), the robot should pick it up (carefully!) by the blade. If the robot wants to spin the knife (for what Vasanth called a dangerous game of Truth or Dare), the robot should then grab the knife in the middle. But—asked Dr. Kelly McLaughlin from Biology—why a knife? Why not a pen? Unlike a pen, explained Vasanth, the knife also has a moral context. During the 5-minute presentations, we also learned about the microbes in kimchi, factors affecting conditional probability judgements, facial recognition systems, tail regeneration in tadpoles, and silica nanoparticles (among other things!) 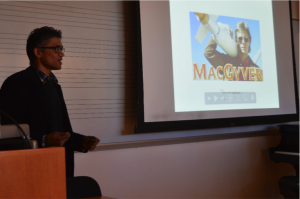 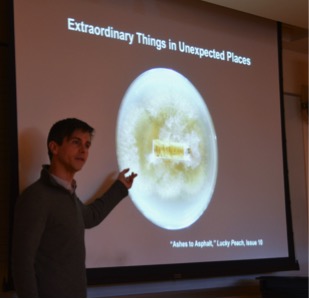 Following the 5-minute talks was the keynote by Dr. Benjamin Wolfe from the Biology Department. Ben studies microbes in…cheese (and other fermented foods but cheese is currently his main study system). During his talk, Ben briefly discussed his research (which you should check out!), and then focused on the importance of communication and gave the audience some tips on how to be good communicators.

So—why should we communicate our academic research and how do we do it? In communicating our research, we can understand it better. Ben started with an anecdote—the person who motivates him to communicate his science is his mom. A first generation college student, Ben had to explain his research to his mom in a way that was accessible. Being able to explain his research to his mom—and now cheesemakers—has made Ben understand his research on a deeper level. Also, communicating to the general public can help us to find unexpected things in unlikely places. The picture that Ben is pointing to is a piece of trach (specifically, a cigarette butt) that he picked up off the sidewalk and then put on a nutrient plate to let the microbes grow. This was part of a pop science piece that Ben wrote for a magazine (Lucky Peach).

Which brings me to the “how.” Basically, just do it. Sign up to present at symposia that aren’t specific to your discipline (like the Tufts Graduate Student Research Symposium!), write for magazines that are for the general public, start a blog. Ben also stressed two points that are important for successful communication: visuals and respect. Take pictures of your study system, make infographics, have fun with it! Who doesn’t like a good visual? And importantly, respect your audience and their beliefs. Don’t talk down to them, don’t belittle them; instead, excite them by showing them what they don’t expect (like microbes growing on a cigarette)!

If you are interested in checking out some of the other topics covered during the symposium, check out @TuftsGSC on twitter (we live tweeted all day!) and #GSRS2016! Hope to see you there next year! 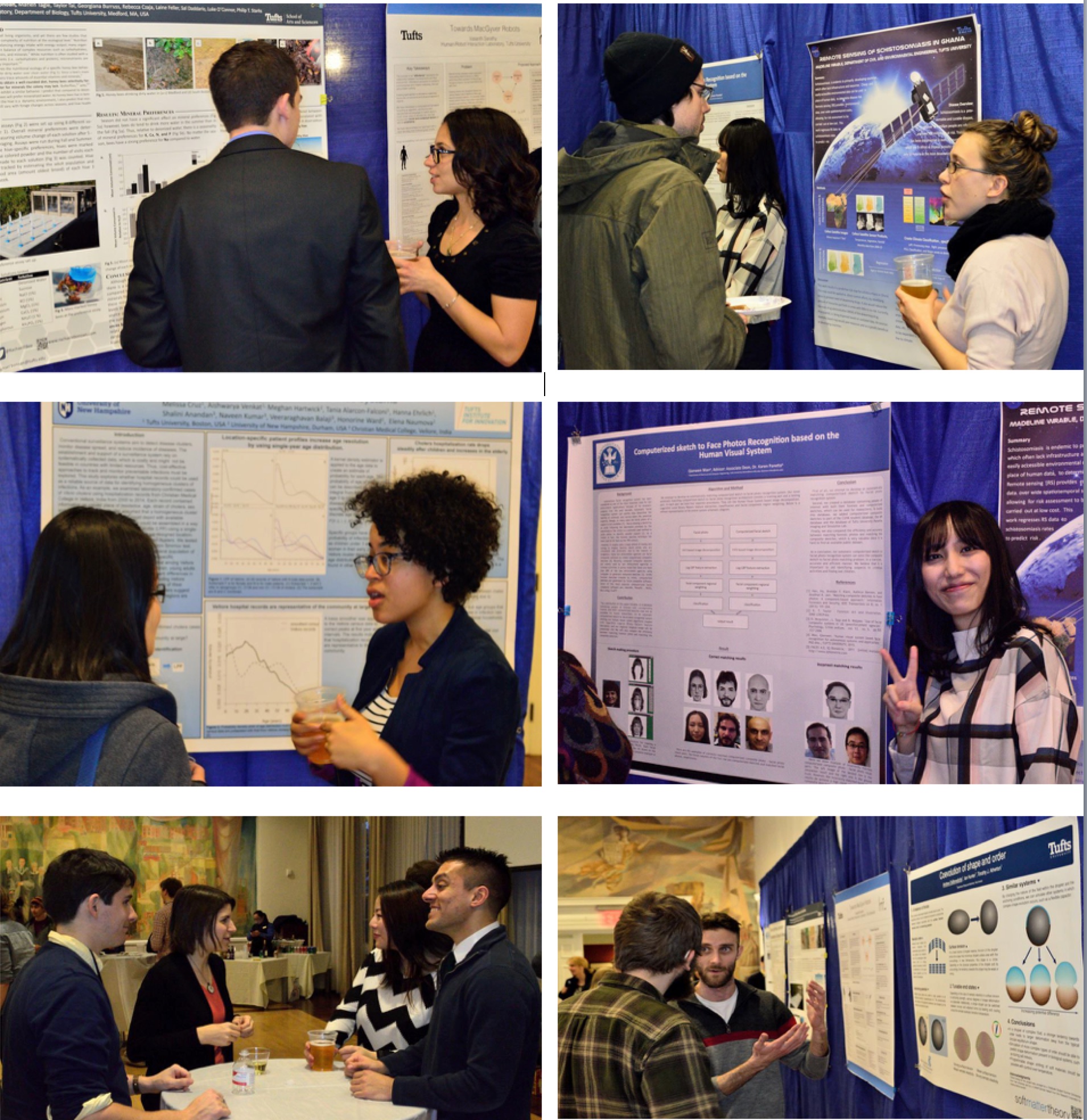