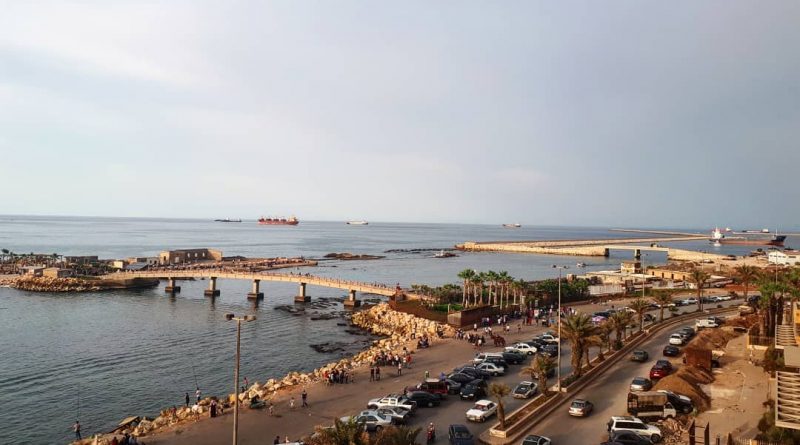 There are many compelling healthcare delivery issues to tackle in Tripoli including climate change, disease spread, healthcare technology use, and migration, given the recent Syrian refugee crisis and chronic Palestinian refugee crisis. Eventually, this led us to investigate the overarching research question: how exactly does governance around healthcare manifest in Lebanon, and how is that governance perceived by those within the system of healthcare distribution? We illustrated the answer to this research question in a systems map, which captures how different actors, institutions, and phenomena interact in ways that either enable or inhibit the provision of healthcare in Lebanon, which a focus on the city of Tripoli.

Systems analysis is a tool which enables members of a community to describe, and in some cases, create a diagram that shows the different dynamics which surround and influence a particular policy problem. A systems map illustrates how these problems are multidimensional, can be impacted by different elements, and how these elements interact to create cycles that can hinder or promote change. Complex problems in post-conflict settings and systems analysis enables researchers and community members alike to find the structural elements which prevent a system from functioning well, as well as identify potential points of leverage to influence change.

As previous research from the Tripoli Project has shown, Tripoli, and the surrounding northern governorate has been socially, politically, and economically marginalized by the state, which has further exacerbated the city’s health conditions. More recently, the 2011 Syrian refugee crisis has increasingly strained public hospitals and invited an influx of international NGOs providing medical care in the protracted urban displacement crisis. Lebanon’s pollution and national waste management crisis has contributed to escalating rates of cancer. Given the compounded stress on the city, the healthcare providers are confronting shocking levels of substance abuse, though there are no local rehabilitative services. 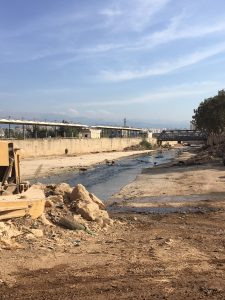 Through our literature review on disease spread, the politicization of health care delivery, and refugee service provision within Lebanon, we identified perspectives that we wanted to highlight within our research. One major finding from this review is how service provision is intimately tied to the political dynamics of the country. As a result, we attempted to gather various perspectives in order to elicit information regarding the interviewees’ perspectives on how the system dynamics were working in the practical sense. We conducted 19 interviews with key informants in both Beirut and Tripoli which included hospital administrators, public health officers at the local and national level, health coordinators at international organizations, officials in the Ministry of Public Health and physicians heading national health initiatives. We then transcribed, coded, and analyzed the qualitative data, extracting perceptions of cause and effect.

We were fortunate enough to work with two outstanding medical students from Balamand University, George Katoul Rahbani and Asad Haider who provided the understanding of the intangible aspects of the health system and its broader socio-political context.

We used our interview questions to ground our conversations with key informants and we also explored the specific expertise of each of our informants. We spoke about mental health initiatives, LGBT community access to healthcare, community service projects, and the growth of Primary Healthcare Centers throughout the country. 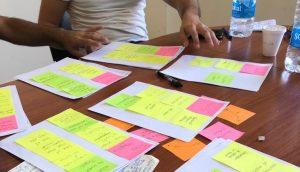 In response to our research question about governance and healthcare, we found that the health sector in Tripoli is reflective of Lebanon’s fragmented, and increasingly privatized healthcare system. It is also reflective of Lebanon’s centrality in absorbing and hosting chronic conflict and refugee crises. For example, Medicines San Frontiers does not provide primary healthcare services anywhere else in the world except for in Lebanon because of the great level of need. The breadth of disparate actors involved in healthcare delivery within Tripoli and in Lebanon include government departments, private physicians, NGO, and political parties.

The fracture in state provision leads to disparities between populations, both within the local Lebanese population as well as between refugee populations.  These disparities are a result of the numerous heterogeneous nature of actors involved, as well due to the concentration of political power in Lebanon which prevents the steady flow of resources towards public institutions delivering services. The externalization of governance responsibilities creates a jarring complexity in the healthcare system that precludes affordable healthcare access for all. The language of healthcare as a human right or a public good was virtually non-existent; the question that arose always was, who was going to pay? In addition to this sentiment was the Lebanese behavioral norm that paying more money for services implied better healthcare. In the context of the crisis, this was a jolting awakening for Syrians, who fled from a country with a previously robust public healthcare system in place.

The next steps for research will be to send the draft of the Health System Map to all research participants as well as key governmental, INGO, and private stakeholders in the healthcare system for feedback. The Health Systems Map of Tripoli and Lebanon is intended for healthcare stakeholders in Tripoli and to identify further research questions and engagements by the Tripoli Project at Tufts University.