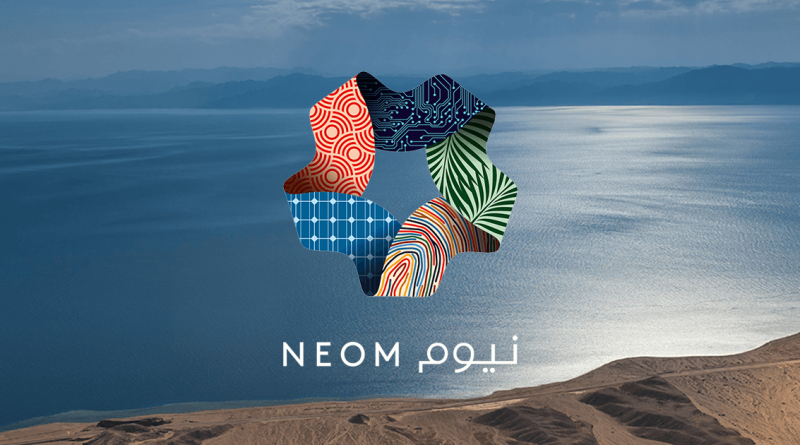 Saudi Arabia’s Vision 2030, Crown Prince Mohammed bin Salman’s plan for the country to diversify its oil-dependent economy and move towards sustainable technologies, has drawn a picture of a Kingdom open to new industries and ideas. One cornerstone of Vision 2030 is its focus on sustainable, high-tech urbanization initiatives, notably megacity projects such as Neom, the Red Sea Project, and the Amalaa Project. These megacities have attracted significant international attention and foreign investment since their unveiling in 2017. The killing of journalist Jamal Khashoggi in October 2018 raised risks of foreign investors pulling out from commitments to these megacities. However, three factors suggest that prospects for FDI in these projects remain high: 1) pro-Saudi geopolitics, 2) the possibility of ROI in the billions of USD, and 3) the belief that business with KSA is separate from its domestic policies.

Current security arrangements and sustainable technology aspirations are two primary reasons investors remain interested in Saudi Arabia. These security issues revolve heavily around KSA energy supplies and alignment with U.S. interests in the greater MENA region.  Saudi Arabia remains the world’s top oil producer, and Washington’s priority on maintaining access to oil has ensured its commitment to the Kingdom’s security. Sanctions on Venezuelan, Russian, and Iranian oil have made a steady supply of Saudi oil even more important. KSA also remains one of the U.S.’s most steadfast security partners, particularly in the face of increasing Iranian power. Washington has supported Riyadh in its intervention against the Iranian-backed Houthi rebellion in Yemen and continues to increase arms sales to the Kingdom as Tehran’s adventurist foreign policy threatens U.S. and Saudi energy and security interests, notably in the Strait of Hormuz and the Gulf of Oman. KSA’s supercity projects promise increased rapprochement between Saudi Arabia and its neighbors; Neom also lies at the crossroads of territory belonging to Jordan, Egypt, and Israel, all vital security partners to both the U.S. and Saudi Arabia. In addition to partner cooperation, the Red Sea location of the three supercities suggests FDI will increase. The fact that 10% of the world’s trade passes through the Red Sea has fueled increased military and economic competition between regional powers in the Horn of Africa and the Gulf, as well as outside middle and great powers, to vie for influence and control in this critical sea lane. If Saudi Arabia’s supercities go the way of FDI competition in Africa or Latin America, the U.S., China, and Russia will likely pour combined billions of USD into Neom, the Red Sea Project, and the Amalaa Project.

The current drive for sustainable energy and smart technologies also suggests the continuation of significant FDI in Saudi supercities. Globally, both private and public sector support for the sustainable technologies planned for Neom and its sister megacities remains quite high. MBS’s plans to minimize environmental impact, create smart city experiences for residents and tourists, and integrate AI and robotic labor technologies have drawn praise from environmental advocates and tech corporations alike, thanks to ongoing concerns regarding the threat of climate change and its likely effects on the global energy supply, urban planning, and corporate social responsibility. Prospects for FDI in Saudi Arabia’s projects are likely to remain high as long as major firms and organizations excited by the smart, green tech of the KSA supercities continue their support for Riyadh’s efforts to diversify its own economy and become a global leader in renewable urban life.

FDI potential for the supercities also remains strong thanks to the appeal of high ROIs from industries such as tourism, sports, and entertainment. Neom’s CEO, Nadhmi Al-Nasr, estimates that the 16 business sectors of the $500 billion city will generate $100 billion in annual revenues. Although much smaller in size and scope than Neom, The Red Sea Project is projected to add $5.86 billion to the Kingdom’s annual GDP.  Tourism is projected to generate a significant portion of these profits, and this has caused huge excitement among top international hospitality firms catering to the highly profitable luxury travel market. Plans to create massive sports stadiums, entertainment venues, and opportunities for outdoor activities such as mountain climbing, cycling, and scuba diving are a big draw for sports and entertainment firms as well – even extreme athletes are getting in on the advertising furor surrounding Neom. The promise of billions of dollars in ROI across tourism, entertainment, sports, and many other industries creates a draw many foreign investors simply cannot resist.

The major risk to FDI in the three supercities is negative perception of KSA controversies leading to existing investors withdrawing from their commitments or potential investors losing their interest. After the Khashoggi killing in October 2018, a number of prominent business and political figures such as Richard Branson of Virgin Group, Google’s Dan Doctoroff, and former U.S. Energy Secretary Ernest Moniz terminated their involvement as project investors or advisors. Numerous companies considering investment also determined the risk of the negative KSA public image as indication of an unfavorable business climate. Yet slowly, interest in investing in the Kingdom is returning. Most businesses simply don’t find KSA policies to be important to their decisions to do business with Riyadh.

For the near future, it appears likely that FDI in Saudi Arabia’s supercities will continue despite the Kingdom’s string of public relations nightmares. KSA’s role as a global security and energy partner, its pursuit of renewable and technologically driven urbanization, and its projections of massive ROI from megacities such as Neom, the Amalaa Project, and The Red Sea Project simply outweigh concerns over Riyadh’s domestic policies. If anything, global investors are bound to increase their stake in these cities of the future.

Author’s Note: This Article was completed in August 2019.

The Fares Center is excited to welcome @FletcherSchool Alum Alex Nisetich of @IRIglobal to our Mugar 129 offices on Friday 2/21 @ 12:30PM. Alex will present some of the practical challenges of conducting public opinion research in the MENA region. RSVP:

We hosted a great book talk yesterday with Professor @MichelineIshay! Thank you Professor Ishay for sharing your thoughts on how the legacies of the 2011 Arab Uprisings impact human rights aspirations and women's political and religious participation across the region today.

This event is happening TODAY! We hope to see you there.

The Fares Center is excited to announce our first event of the semester! Please join us on 2/13 @ 12:30 PM in our office to hear Professor @MichelineIshay speak about her recent book, The Levant Express: The Arab Uprisings, Human Rights, and the Future of the Middle East.