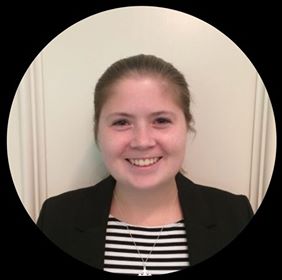 Shelby Senger is the club secretary this year. She is a second-year MALD student studying International Negotiation and Conflict Resolution and International Security. She graduated from the University of Chicago in spring 2020, where she majored in Global Studies and minored in Human Rights and Russian and East European Studies. During her undergraduate education, she studied abroad in Israel, volunteered with missionaries in Belize, and interned at the U.S. Embassy to the Holy See, which exposed her to many fascinating intersections of religion and public policy. This past summer, she interned at the American Bar Association Rule of Law Initiative (ABA ROLI) researching rule of law issues in Latin America. Academically, she spends most of her time studying national identity and conflict in the former Yugoslavia.

Shelby has been involved in RLD since the beginning of her time at the Fletcher School. Last year, she organized the first panel of our religion and peacebuilding series, entitled “A Power Like No Other: Religion and Peacebuilding.” This year, she is co-organizing the panel on religion and public health as a part of our conference on religion, science, and diplomacy.

Ayda Lulseged is currently a second year MALD candidate at The Fletcher School concentrating on International Security and Development studies. Ayda’s professional background is in program development and human security. Prior to Fletcher, she spent several years working in the nonprofit sector serving recent immigrants and human trafficking survivors. She has also held research positions focusing on migrant labor, education, and refugee integration. Ayda received her B.A. in Political Science from Tufts University. 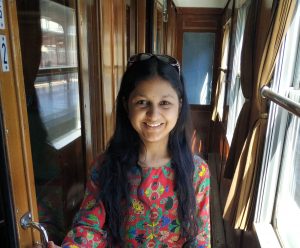 Katyayinee Richhariya is a first-year MALD student at The Fletcher School. She did her Bachelor’s in Political Science from the University of Delhi. and a Post-Graduate Diploma in Conflict Transformation and Peacebuilding. She has been a part of the Ministry of External Affairs and the Parliament of India as an intern and researched for think tanks in India including Observer Research Foundation, Centre for Civil Society, etc. She takes a keen interest in promoting people-centric peace through diplomacy and wishes to specialize in Global governance and Human Security, with a focus on political conflicts. 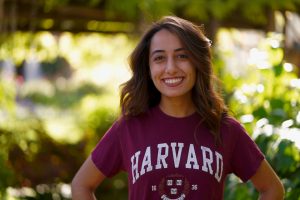 Ciara Moezidis serves as one of the marketing officers for RLD this year. She is currently a first-year Master of Theological Studies student with a focus area in Religion, Ethics, and Politics at Harvard Divinity School. Born and raised in San Jose, California, she graduated from Santa Clara University in June 2021 with a B.S. in Political Science and Communication and is focusing her studies on religious and ethnic persecution in the Middle East and North Africa.
During her undergraduate studies, she worked with female victims of domestic violence in Cusco, Peru, served as a Panetta Congressional Intern for Rep. Ro Khanna, and interned for the Project on Middle East Democracy in Washington, D.C. Most recently, she served as student body president and was awarded the Critical Language Scholarship for Persian. Upon graduation, she hopes to work in international human rights advocacy and move to the MENA region. 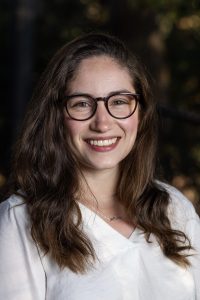 Miriam is in her first year as a dual-degree student at The Fletcher School and the Harvard Divinity School studying environmental policy, human security, and the role of faith communities in combatting climate change. At Fletcher, she is a Research Assistant working on climate-related migration and a Program Coach for the Building Resilience in Immigrant Communities Initiative. She previously worked at a refugee resettlement agency as well as at the National Democratic Institute for International Affairs, supporting inclusive governance and political organizing by LGBTQI+ individuals, people with disabilities and religious and ethnic minorities. She grew up in Maryland and speaks Hebrew, Arabic and French. 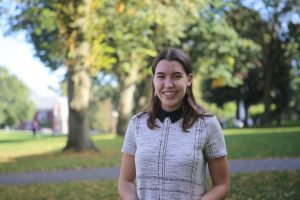 Alexandra (Alex) Dingle is an undergraduate intern for RLD. She is a sophomore at Tufts majoring in International Relations and Middle Eastern Studies and minoring in Child Study and Human Development. Before starting college, she took a gap year and spent seven months volunteering with Teach for India in a 4th grade classroom, spurring her interest in working with children from diverse cultural and linguistic backgrounds. The following summer, she worked at a refugee camp in Greece and directed a program for children, solidifying her passion for refugee and migrant rights. On campus, she is on the leadership team for the Middle East Research Group (MERG) and Tufts Democrats while also pursuing research on recreational programs in refugee camps through the Laidlaw Scholars program. She grew up in New York City and is a dual citizen of Greece. 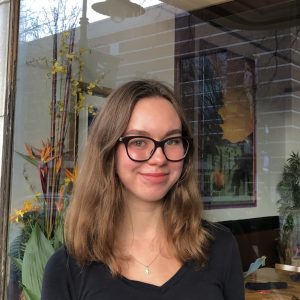 Chloe is an undergraduate intern for RLD. She is a sophomore at Tufts University studying international relations (with a concentration in globalization) and French. Chloe is interested in forced migration studies and international labor rights, having spent the the summer of 2021 doing research for Lawyers Without Borders on support mechanisms for migrant workers in the Persian Gulf facing labor exploitation and wage theft. During her time at LWOB, she developed a passion for advocating and researching to advance fair, humane conditions for low-wage workers regardless of their citizenship status or identity. At Tufts, she is the Executive News Editor of The Tufts Daily and is involved in Tufts Women in International Relations.