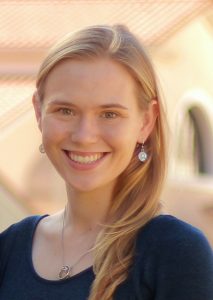 Siobhan is a second-year Master of Arts in Law and Diplomacy candidate at The Fletcher School, where she concentrates in Political Systems and Theories and Russia and Eastern Europe.

From 2008-2014, she represented Ukraine as an elite-level ice dancer, ultimately competing in the 2014 Winter Olympics. After retiring from competitive skating, she attended Thomas Aquinas College, where she earned her BA in Liberal Arts. Siobhan loves working at the intersection of international affairs and religion, and she is passionate about promoting religious literacy and defending freedom of religion.

François is a first-year Master of Arts in Law and Diplomacy candidate at The Fletcher School, where he concentrates in Negotiation and Conflict Resolution and Political Systems and Theories.

As a proud 2019 College of the Holy Cross alumnus, he earned his B.A. in International Studies and French, minoring in Religious Studies. A dual French-American citizen, he has experience living, working and studying in Europe, having spent a full year abroad in Strasbourg, France (2017-2018). Particularly interested in transatlantic affairs, François is especially drawn to religion’s role in shaping European states’ identities and how it subsequently informs domestic policies and U.S.-European relations. Following his studies at Fletcher he hopes to pursue a career in the Foreign Service.

Kara Sparling is first year Master of Arts in Law and Diplomacy student at the Fletcher School focusing on International Development.  Previously, she worked at for an implementing partner organization in Washington, DC and served with the Peace Corps in Panama as an Education and Youth Development Volunteer.  Kara received her undergraduate degree from American University with a dual Bachelor of Arts in Spanish and International Studies. She worked in technical theater management for 5 years before her Peace Corps service. Sparling is originally from Long Island, New York and is an avid reader who loves drinking tea, traveling, and learning new languages. 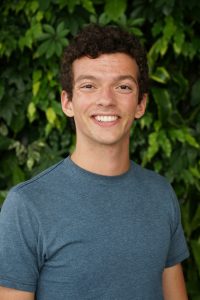 Christopher Pumford is a first-year Master of Arts in Law and Diplomacy candidate at The Fletcher School, studying negotiation and conflict resolution and international organizations. A recent graduate of the University of Michigan, Christopher became interested in the role of religion and peacebuilding while interning at the International Center for Religion and Diplomacy in Washington, DC. He hopes to work on alternative reconciliation strategies in the Middle East after completing graduate school. Aside from his academic engagements, Christopher spent two years in Ontario as a volunteer missionary and also performed with the University of Michigan’s drumline.

Our conversation with Ambassador James Warlick about to start. Come on down. https://www.eventbrite.com/e/james-warlick-religion-and-us-foreign-policy-in-eurasia-registration-88693820605

The Leir Institute, Fletcher South Asia Society, and the Fletcher RLD Initiative are excited to invite you to a talk by Michael Kugelman, Deputy Director of the Asia Program/South Asia Senior Associate at the Woodrow Wilson International Center for Scholars at 5:30 on January 23!

Thank you to everyone who came to our event tonight! Stay tuned on our social media and website for more events in the future!