Please go to the end of this report for a list of downloadable published papers.

The Poincaré Institute courses started in 2011 and have served, across four cohorts of teachers, over 240 educators and their students in ten partner school districts across New England. Research reveals the positive impact of the program on classroom teaching and learning, and on student results on standardized tests.

External evaluators used the Reformed Teaching Observation Protocol (RTOP) to examine teachers’ learning practices by observing classroom lessons chosen by each of 48 participating teachers in a cohort, one lesson at the start of the program and another at the end of the three courses. They also observed a sub-sample of 23 of these teachers in follow-up visits, six months and a year after program completion. The following graph summarizes the results. 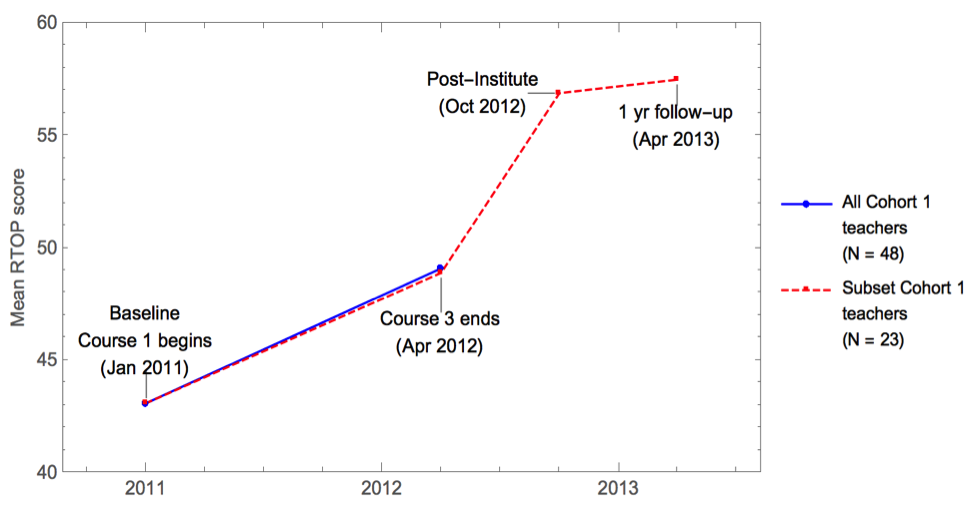 Figure 1: Mean RTOP scores for the first cohort at beginning and end of courses, and for a sub-group of 23 teachers, six months and a year later (source: INCRE, External Evaluation).

The total mean RTOP score for the 48 teachers at the start (January 2011) and at the end of the program (April 2012) increased from 43.1 to 49.1, a significant mean increase of 6.0 points (p<.05) and an effect size of .30. The mean RTOP ratings for the 23 teachers, observed six months and a year after the end of course 3, increased from 43.1 in January 2011 to 57.5 in April 2013, an increase of 14.4 points (p<.01) and an effect-size of .69.
These results suggest that participation in the program had an enduring effect on the teachers’ instructional practices. Teachers explained, in interviews conducted by the external evaluators, that after the program ended they were better able to put into practice what they had learned in planning their lesson. This would explain the dramatic improvement six months after concluding the program.

We analyzed changes, from 2011 to 2014 in the percentage of Proficient and Advanced students of grades 5 to 8 in the Massachusetts Comprehensive Assessment System (MCAS) test, given at the end of each academic year to students in grades 5 to 8. Each of five Massachusetts target districts was matched to five comparison districts with similar number of students, similar demographic characteristics, and similar MCAS results in the 2010-2011 school year. The graph below shows the evolving percentage of students classified at the Advanced and Proficient levels in the state, the target, and the comparison districts. 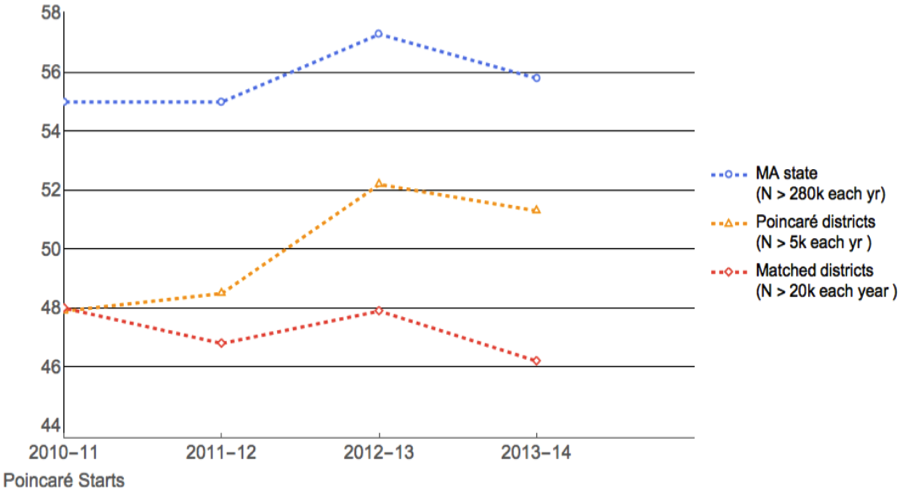 Figure 2: Percent of students at the MCAS test Advanced and Proficient levels.

Figure 3: Target districts’ advantage in 2014 over similar districts, as a function of percentage of teachers who completed the program. Each point represents one of four grade levels in five different districts (two points are hidden by other points).

From August 2015 to December 2016, the program enrolled 53 elementary, middle, and high school teachers of mathematics and 10 special education or enrichment teachers from a target district in the Greater Boston Area, with a large proportion of African American and Hispanic-Latino students. They constituted 44% of the elementary and middle school educators in the district.

Student results for the school year were measured by the Partnership for Assessment of Readiness for College and Careers (PARCC, the state mandated state test at the time). We compared changes in student achievement in the target district from June 2015 (before teachers entered the program) to June of 2016 (when teachers had finished the second course in the program) to changes in 10 similar comparison school districts serving as control group. The 10 comparison districts were similar to the target districts in terms of percentages of students at the highest levels of PARCC’s achievement in mathematics (levels 4 and 5) in 2014-2015, demographic characteristics of the districts and student population, and teacher qualification.

The figure below shows changes in PARCC’s average performance level of students in grades 3 to 8, for African American, Hispanic-Latino, White students, and All students, in the target district, in the whole state of Massachusetts, and in the comparison districts. 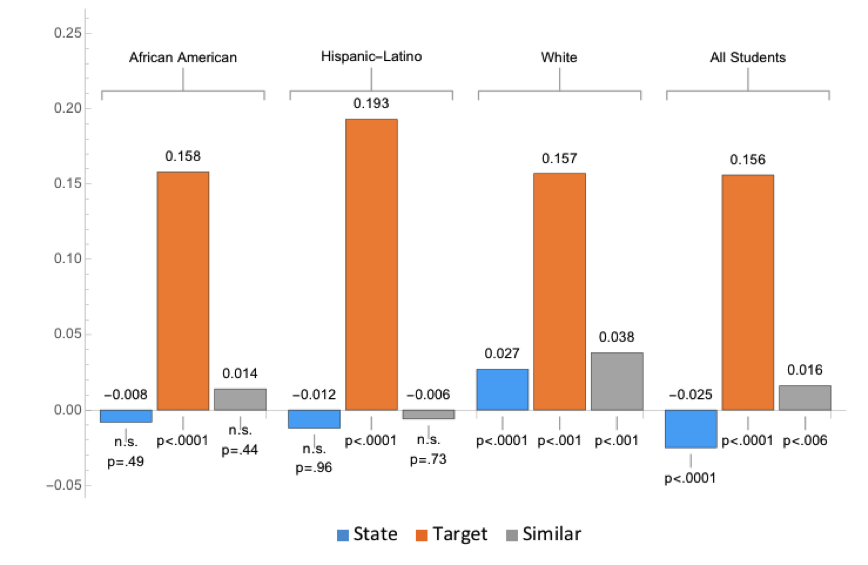 Figure 4: Changes in average performance over one school year

The documents distributed here have been provided as a means to ensure timely dissemination of scholarly and technical work on a noncommercial basis. Copyright and all rights therein are maintained by the authors or by other copyright holders, notwithstanding that they have offered their works here electronically. It is understood that all persons copying this information will adhere to the terms and constraints invoked by each author’s copyright. These works may not be reposted without the explicit permission of the copyright holder.