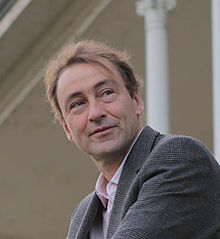 David Harland has been the Centre for Humanitarian Dialogue Executive Director since 2011. David previously worked for the United Nations, including in Bosnia, Kosovo, Haiti and Timor Leste, including as acting head of government.  He was author of the UN Secretary-General’s landmark report on the Fall of Srebrenica. He currently serves on the United Nations Secretary-General’s High-Level Advisory Board on Mediation, was Chair of the World Economic Forum conflict prevention council and was adjunct professor at the Johns Hopkins School of Advanced International Affairs (SAIS).  David has published widely on the issues surrounding conflict and international relations, in the New York Times and elsewhere. Earlier, he was a Teaching Fellow at Harvard University’s Department of Government, where he taught Chinese politics.  David has a doctorate from the Fletcher School of Law and Diplomacy at Tufts University, as well as a graduate diploma from Beijing University. His graduate research was on compliance with public international law, and on territorial disputes in the South China Sea.  David is from New Zealand. He is married to Tanja, and they have one daughter. Learn more here.