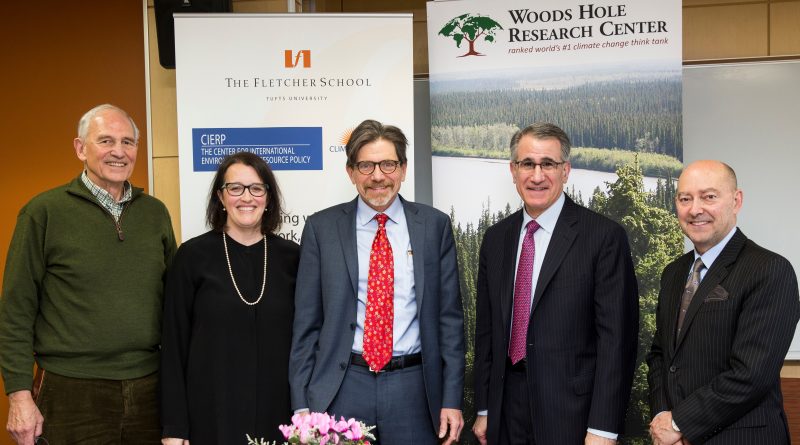 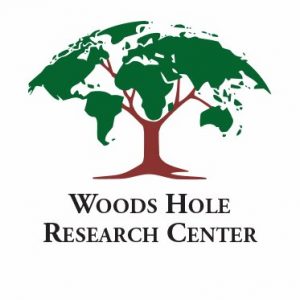 Photo above: From left: William Moomaw, Professor Emeritus and current chair of the board of directors of the Woods Hole Research Center; Professor Kelly Sims Gallagher; Director of the Center for International Environment & Resource Policy at the Fletcher School; Philip Duffy, President and Executive Director of the Woods Hole Research Center; President Monaco; and Dean Stavridis. (Anna Miller/Tufts University)

We are excited to announce Climate Policy Lab’s new cooperation with Woods Hole Research Center. On Monday, February 26, we made the partnership official with the signing of a Memorandum of Understanding between Tufts University and Woods Hole Research Center, committing to work together on the design and study of climate policies that will support the Paris agreement.

As we state in our press release, the 2015 Paris Climate Agreement is still the international framework for fighting climate change and reducing greenhouse gas emissions, despite uncertain commitment from the Trump Administration.

This is why we are bringing together the complimentary strengths of the Climate Policy Lab and Woods Hole Research Center:

Together, Climate Policy Lab and Woods Hole have identified five main areas of synergy and mutual interest, with faculty and senior scientists matched up for each research topic:

We are also excited about the potential for partnership on new courses on global environmental change, student internships in field research, and executive education courses aimed at senior level policymakers.

Tufts President Anthony Monaco joined us to commemorate the occasion, noting Tufts’ commitment to sustainability and calling the new partnership an excellent opportunity to leverage already strong relationships that will bring together expertise and interdisciplinary research to help solve pressing climate issues.

We were also grateful to hear remarks from several other senior leaders in this partnership:

“The Paris climate agreement is humanity’s process for controlling climate change,” said Phil Duffy. “Nothing we could do would be more important than working to make the agreement a success.”

Want to know how CIERP is responding to the #COVID19Pandemic? Read our response, latest CIERP updates, and how to help @FletcherSchool students here: https://t.co/6W29IHfoPL. We hope you all are staying safe & healthy and we want to hear from you. We are always here to help!

In this Q&A-style #PhD profile, Easwaran shares a bit about his journey to Fletcher, his experiences as a #PhDstudent, and some advice for those considering their own Ph.D. path: https://t.co/SYRlriE0Kj