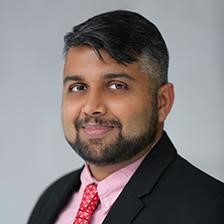 Kartikeya Singh is deputy director and senior fellow of Wadhwani Chair in U.S.-India Policy Studies and senior fellow of Energy and National Security Program at CSIS. Charged with leading the Center’s engaging Indian states initiative, Dr. Singh has developed new strategies and created new networks to bolster public and private sector engagement with Indian states. Specifically, he successfully designed and led two separate initiatives at the Center focused on energy and healthcare engagement with Indian states. His expertise in strategies to engage effectively with India are sought by both public and private sector stakeholders.

Prior to joining CSIS, Dr. Singh worked at the U.S. Department of Energy supporting and managing U.S.-India and U.S.-Pakistan bilateral energy cooperation. He has traveled from the Antarctic to the Arctic, exploring the challenges of energy geopolitics in a changing climate. His work has allowed him to field-test and deploy clean energy technologies, including electric vehicles and off-grid solar solutions in India and Uganda, respectively. His ability to create networks and foster cross-sectoral partnerships started with the founding of the Indian Youth Climate Network (IYCN), a nonprofit designed to build a national movement to drive India to lead the clean energy revolution. From 2009 to 2012, Dr. Singh served as an adviser and negotiator on behalf of the Republic of Maldives at the UN Framework Convention on Climate Change, focusing on mitigation and technology transfer. He used this experience in the intergovernmental negotiation process to train diplomats and other government officials on climate change negotiation and renewable energy technology deployment. In addition, he has served on the external advisory committees focused on sustainability for major corporations such as Électricité de France and LafargeHolcim. Dr. Singh received his B.S. in ecology and sustainable development from Furman University, his M.E.Sc. from the Yale School of Forestry and Environmental Studies, and his Ph.D. from the Fletcher School of Law and Diplomacy. He is the recipient of several national awards, including the Morris K. Udall Scholarship, the Switzer Fellowship, and the Boren Fellowship. Learn more about Singh on the CSIS website here.

The latest @SEIResearch & CEEW report for #Stockholm50 identifies concrete actions under 3⃣ broad shifts:
👉redefining the relationship with #nature
👉ensuring lasting #prosperity for all
👉investing in a better future