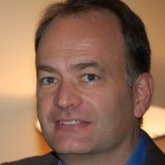 Dr. White is a practitioner and scholar of international development. He recently served in Indonesia as Chief of Party for a coastal resource management program. In 2011 he served in Afghanistan within USAID’s Stabilization Unit. Other leadership roles have included Jakarta Representative for an NGO implementing tsunami relief, and developing a permanent Indonesia program. He performed extensive study of major energy projects in the Mekong Basin and elsewhere in Southeast Asia working within his practice of Foresight Associates. He was a Peace Corps volunteer in Nepal, where he has returned repeatedly in other service capacities.

Dr. White has written on topics including cultural determinants of development, natural resource development for energy, and others such as post-conflict stabilization and next generation vehicles. His most recent publication in a scholarly journal is “Confronting culture to overcome sector failure: sanitation in Indonesia.” His paper “Practical applications of positive culture change” was written for Lawrence Harrison’s Culture Institute, and is forthcoming as a chapter in a Harrison edited book. His series of studies on major dam projects in the Mekong Basin continues to be requested by researchers and interested parties in the region. Dr. White had been invited to speak at the World Conference on Dams as an authority on Mekong region riverine resource development.