Patients on APAP are warned to have no more than three alcoholic drinks per day (12). Ethanol in conjunction with APAP is known to dramatically increase the risk of liver damage compared to digesting APAP alone. This is because alcohol increases the concentration of CYP2E1 in liver cells, causing APAP to be oxidized faster. The result is a sudden influx of NAPQI in liver cells, which overwhelms liver cell storage of GSH. If NAPQI depletes GSH stores and the production of NAPQI exceeds that of GSH, the hepatotoxic substance accumulates and kills liver cells (15). Alcohol, like many other drugs detoxified by the liver, is also a substrate of CYP2E1. It is known to induce CYP2E1 activity by protein stabilization (18). This is especially apparent at higher concentrations of ethanol when liver cells are unable to efficiently metabolize ethanol with alcohol dehydrogenase alone, which provides justification for the FDA’s warning on all products containing APAP (5). 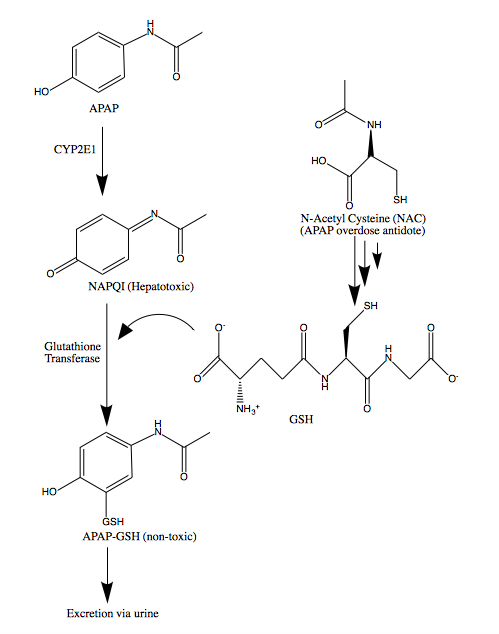 Figure 19: Pathway for APAP Metabolism: NAPQI accumulates when GSH stores are depleted. Patients who overdose on APAP are treated with NAC to stimulate GSH production.