Currently CIERP offers the Climate Policy Lab Strategic Internship Program thanks to generous donations. With these funds, CIERP is able to provide financial support to students undertaking internships in the U.S. and around the world that would otherwise be unpaid. Typically, students accomplish the following during their internships:

In previous years, CIERP has supported students working in a variety of environment and natural resource policy areas. See below for specific internships that Fletcher students have undertaken. 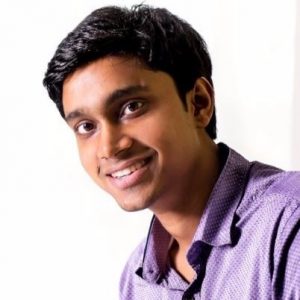 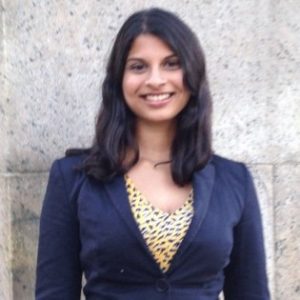 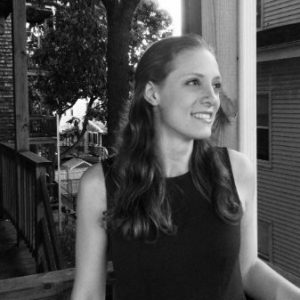 Carolyn House, at Adapt Chile/Natural Resources Defense Council (NRDC) collaborated with municipalities in the Network of Municipalities for Climate Action to develop a report and infographic on sub-national climate adaptive solutions. With Adapt Chile, she helped facilitate local stakeholder climate workshops and attended events and conferences that worked to prepare for COP25 in Chile this December.

Carolyn’s main projects focus on green infrastructure, urban adaptation to climate change, and water management. She wrote her undergraduate thesis on climate change and the water shared between Chile and Argentina and is enthusiastic about diving deeper into the economic and legal barriers to comprehensive water management. She helped organize an 80+ person event on July 30th where NRDC launched a recent issue brief on water scarcity in the Metropolitan Region. The event brought together Chilean and international experts to discuss the growing water scarcity in the Metropolitan Region and possible solutions. Carolyn was in charge of a photo exhibit that showcased flooding and drought events in local water basins and within Santiago, the city home to roughly half of Chile’s population. The photos served as a visual guide to the severity of the situation in the region. She was also invited to visit Laguna Aculeo with the NRDC team to get a first-hand glance at the devastating disappearance of water resources near Santiago.

At the end of her internship, Carolyn focused on collecting in-depth interviews on behalf of NRDC. She met with local and federal government officials, non-profit actors and academic researchers involved in water and urban adaptation to climate change to document the challenges facing comprehensive water management and green infrastructure implementation from various perspectives. She used these interviews to form an analytical brief on water management and green infrastructure’s potential in Santiago, and co-created an infographic for her NRDC and Adapt Chile partners. Click here to see a few photos from Carolyn’s internship. 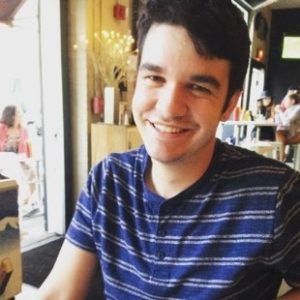 Mark Benedetti, at CDP North America in the Cities, States, and Regions team, worked on an initiative that showcases municipal sustainable infrastructure projects to investors called Matchmaker.  Specifically, he was conducting city outreach, helped out with CDP Matchmaker’s workshops in Chicago and Cleveland, and drafed a project report on how to incorporate social equity/environmental justice data into the Matchmaker program. Click here to read Mark’s internship report. 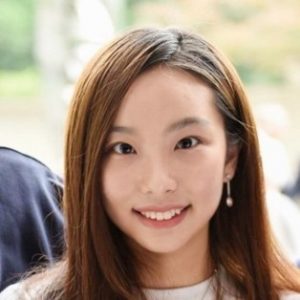 Catherine worked with the strategic partnership team and business development team to identify, qualify, and initiate partnership opportunities and negotiations with potential sponsors. She was also responsible for furthering the collaboration between Tufts and Greentown by hosting tours and organizing engagement activities for Tufts students and faculty members. Moreover, she led a research project to identify top ten innovative corporate climate leaders in each of the seven sectors including transportation, electricity, agriculture, manufacturing, buildings, water, and electronics by designing detailed metrics to measure and rank corporate commitments to climate action, sustainability, and innovation. 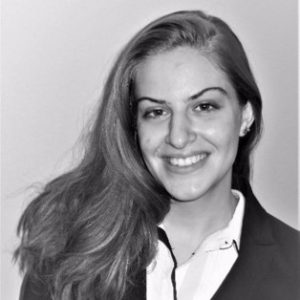 Molly Elder, at the Woods Hole Research Center (WHRC), drafted a literature review of the social cost of carbon and presented the results to the WHRC team.  She also refined a model to estimate the effectiveness of fire-fighting expenditures on burned area, providing estimates of the dollar cost per ton of CO2 emissions avoided.  The results showed that fighting boreal fires is a very cost effective way to reduce carbon emissions.  She then combined the results with social cost of carbon (the “benefit” of reducing burned area) to generate some policy implications. Read Molly’s internship report here. 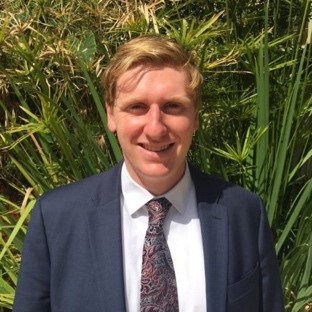 The UNDP Uganda office is aimed at supporting Uganda’s efforts achieve lower middle-income status by 2030 through sustainable inclusive economic development and inclusive and effective governance.  One of the projects being implemented is the “Early Warning and Climate Information: Integrating Climate Services with Decision Support in Uganda’s Adaptation and Development Strategy,” on which Danny worked.  The project aims to strengthen climate information and early warning systems to support communities to make climate-resilient decisions.  In particular, Danny worked to support the project by providing training on GIS systems to ministry staff, organizing existing and new digital district wetlands data, creating GIS folders for every district with 6 types of graphs and tables showing wetland information such as percent degradation, hectares degraded, and seasonality, setting up the Geodatabase with relevant wetlands, districts, and year 1 intervention sites for the project, and creating an ODK rapid assessment form and back end google drive folder.

Besides his support for the UNDP office, Danny also undertook additional Climate Policy Lab and capstone research investigating the theoretical synergies and tradeoffs between adaptation, mitigation and development in Uganda, as well as which synergies are already being realized and which key ones are not yet being pursued. 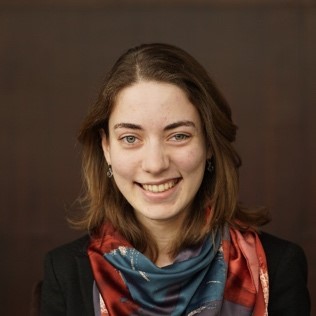 Juliette Devillard, at Greentown Labs in Somerville, worked on launching and managing a call for applications to the Greentown Labs Bold Ideas Challenge.

Greentown Labs is the largest clean technology incubator in the United States and home to more than 80-member companies that collectively employ over 900 people. Greentown Labs’ mission is to “foster a passionate community committed to solving the world’s biggest efficiency, energy and environmental challenges by providing the resources and labs startups need to succeed.”  Juliette’s role was to support Katie MacDonald, Director of Strategic Partnerships, with all aspects of the Greentown Launch program.  During the summer, she helped launch a call for applications for the current Greentown Labs Bold Ideas Challenge, which is run with the French multinational corporation Schneider Electric. Juliette was responsible for managing inbound applications to the program and helped to organize the different stages of judging and the program’s launch event.  Through a self-identified need, Juliette set up “pitching and public speaking” office hours at Greentown labs and helped to coach 20 different startup members, 17 of whom were co-founders or CEOs, who were directly responsible for pitching to investors.  She also ran a 1-hour seminar on pitching techniques that was attended by over 50 people. 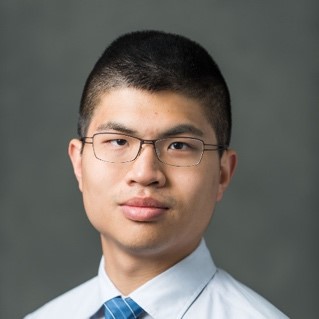 CDP is an international, not-for-profit organization providing the global system for companies, cities, states and regions to measure, disclose, manage and share vital information on their environmental performance. Matt worked to support a variety of cities to record their annual disclosures on key environmental and climate indicators, including providing technical assistance for climate mitigation, adaptation and emissions measurement.  In the process, he documented all activity, including tracking engagement outreach as well as maintaining and updating an internal database for all of CDP’s city contacts in the U.S. and Canada.  Matt also participated in special projects related to the U.S. and Canadian reporting cities, including analysis and data aggregation related to, and in preparation for, the Global Climate Action Summit in September 2018. 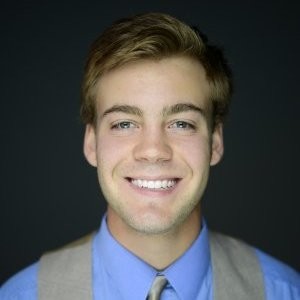 INESI is an interdisciplinary organization that seeks to connect all energy-related research and development in Puerto Rico.  One of their current initiatives is to set up a knowledge platform, which aims to serve as a mechanism for the coordination and support of sustainable energy activities undertaken by and with various Puerto Rican and other U.S. academic institutions.  This platform is called “Resiliency through Innovation in Sustainable Energy for Puerto Rico” (RISE-PR).  Leif’s key responsibilities were to support the work of RISE-PR.  In particular, he helped organize, facilitate, and draft proceedings for the 3rd RISE-PR strategic workshop.  Leif also began to map what is currently being done, as well as planned, in the areas of energy policy, programs, and projects so that CPL could begin to assemble a vision for future possible interventions.

Greg Goodwin, at Greentown Labs in Somerville, developed a compelling proposal for a ‘grid of the future’ accelerator program run by Greentown Labs and it’s partners

Greg interned at Greentown Labs in Somerville, MA to research and develop a compelling proposal for a ‘grid of the future’ accelerator program run by Greentown Labs and it’s partners. The purpose of this program was to redefine how utilities and incorporates work with early stage technologists to enhance the resiliency, efficiency and digitization of the future electricity grid to enable further deployment of renewables.

Through UNDP New York, Zerin obtained an internship with UNDP India, in collaboration with the Indian Ministry of Environment, to conduct an Indian Emissions Trading Scheme (ETS) feasibility study, including an evaluation of the existing PAT scheme. The research is titled “India’s PAT Scheme and the Possibility of Extending its Application to the Other Sectors While Aiming for Stringent Targets.” She assisted with the process of writing a GEF proposal for UNDP to include the expansion and domestic linkages of the PAT system in the mandate for the next three years.

The objective of Matt’s assignment was to provide assistance to UNDP country offices in the Pacific Region in the identification and conceptualization of potential GCF-funded CCM projects in the Pacific Island Countries (PICs) that they cover. He worked on the CCM projects of the UNDP-Samoa Multi-Country Office (MCO).

Professor Avery Cohn, together with PhD students Graham Jeffries and Ozgur Bozcaga, conducted research on the potential for local incentives in Brazil to drive climate mitigation policy and reduce deforestation, focusing on the land use, land use change, and forestry sector. Questions this study is looking into include: How and why do co-benefits drive changes in climate change mitigation policy? Can co-benefits-focused strategies grow constituencies for climate action? What strategies have successfully employed co-benefits discourses to drive change in climate policy? Why or why not might such strategies be transferable? Might co-benefits help to coordinate climate action with actions towards achieving other aims such as the Sustainable Development Goals? What are priority actions to harness local incentives information to promote climate action?

“The #pandemic will accelerate many of the technologies and behaviors that were going to come anyway,” #FletcherProf @AmyJaffeenergy told @business as the oil industry faces historic lows. https://t.co/mYraacKpFc @CIERP_Fletcher

Tufts Institute of the Environment@TIE_Tufts·
11 Aug

Interested in joining the Tufts Environmental Hub? The Office of Sustainability is hiring for the upcoming semester! Check out their page or the OOS website to learn more!

Join us for tomorrow's Sustainability Webinar, "Sustainable Events and Purchasing!" There are many tips and tricks to reduce waste and consumption and purchase items that are better for the environment. Register here: https://t.co/uvPuImlPmh