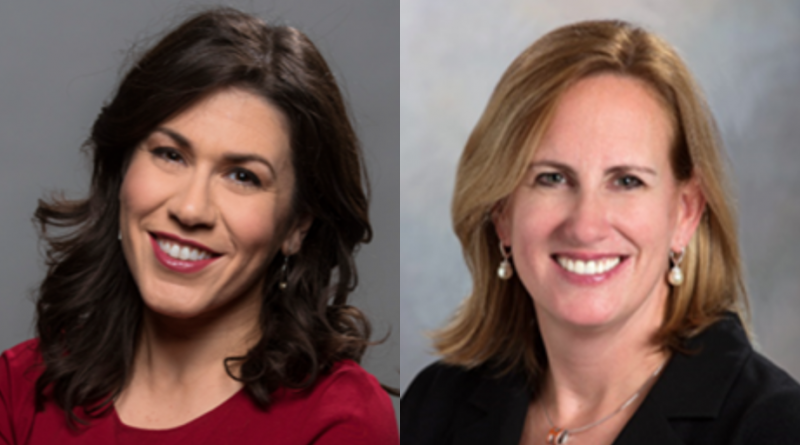 Karoun Demirjian, F06 and Siobhan MacDermott, F13 will be recipients of the 2019 Fletcher Women’s Leadership Award. This is the first time the award will be given to two alumnae.

Karoun Demirijian is a Congressional reporter at the Washington Post, covering national security policy on Capitol Hill, with a focus on defense, foreign policy, intelligence, and matters concerning the judiciary.

Prior to that, she was a correspondent based in the Washington Post’s bureau in Moscow. Demirjian received her MALD in 2006 and holds an A.B. in History from Harvard University.

MacDermott received her GMAP in 2013, and holds an MBA in International Business and Economics from Thunderbird School of Global Management and a B.A in German Language and Literature from Temple University.

Current Faculty in the News

The first graduate-only school of #internationalaffairs in the United States.

Which U.S. states are most vulnerable to #misinformation?

New #research from @IBGC_Fletcher's @planetdgtl finds that #Maine, #Wisconsin, #Arkansas, and #Montana are among the most vulnerable: http://bit.ly/misinformation-index

The @dirfletcher is coming up on Nov. 6-7! The theme for this year's conference is Decolonization(s): From the Ground Up.

TOMORROW: Join Fletcher students, Admissions staff, and alumni for a virtual chat to learn more about our diverse community and engage with students as they share their experiences about life at Fletcher.