“Disneyland is presented as imaginary in order to make us believe that the rest is real.”
-Jean Baudrillard 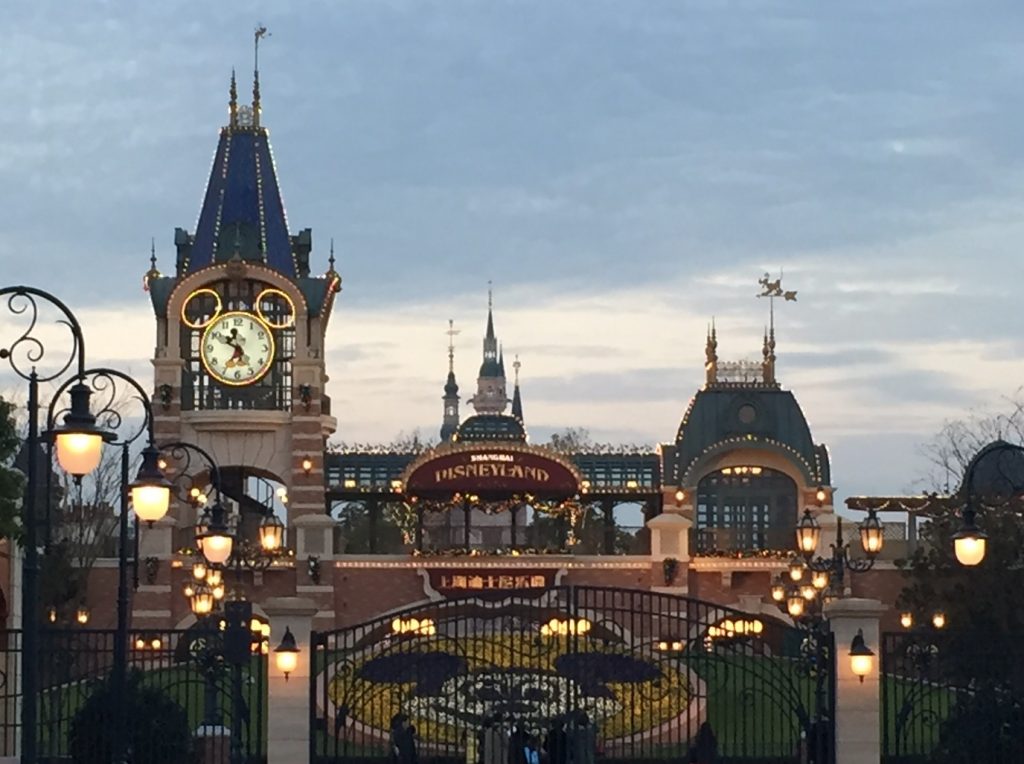 Quick, what’s the world’s largest media company? If you guessed The Walt Disney Company, you’re wrong – Disney is No. 2, after Google, which hardly seems like a fair comparison. After all, over the past decade Disney has absorbed the Marvel superhero franchises, rebooted Star Wars, and put a new generation of princesses on the toy shelves of the world. All of the global top-5 grossing films in 2016 were Disney properties, totaling over $5 billion in sales. Disney parks saw 140 million visitors in 2015, over two times its nearest competitor. And after a string of expansions that left shareholders unsatisfied, Disney parks opened a new Disneyland in Shanghai, China, to great fanfare. No. 1 or not, Disney dominates the spaces in which it plays.

It is also a company with historical and cultural significance that makes its success somewhat surprising in the globalizing economy. It is founded in an “American” version of family values and prosperity.[i] Its films and parks traffic in a sort of watered-down multiculturalism with America firmly at the center, the proverbial passengers on the ship winding through the plucky, costumed children of “It’s a Small World.” Successful films drive attendance at themed park attractions, and successful attractions nurture new film franchises. It’s a tight synergy that allows Disney to charge a premium for its parks and merchandise.

The Disneyland in Shanghai was a big bet–a $5.5-billion project in a highly managed host economy.[ii] Meanwhile, China itself has grown increasingly nationalist, and the government has historically looked unfavorably on foreign cultural imports. Local competitors are sharpening their knives, and IP protections in China are notoriously fickle. My Fletcher capstone will examine the risks Disney is taking with the Shanghai park, how it has addressed them, and whether the decision to expand was wise, given Disney’s global business model. But to do that, I figured first I would need to see the place for myself.

Like millions of my American peers, I grew up on a diet of animated musicals like The Lion King and blockbuster classics like Star Wars. My generation’s nostalgia for the Disney brand is evidenced by any number of top-10 “listicles,” Disney princess quizzes, and, for a certain set, postmodern reappraisals of formative childhood cultural guideposts (See: graduate students who start blog posts with Baudrillard quotes). The main goal in visiting the park was to gather points of reference and comparison, and to better understand the “feel” of the place. What is it that Disney is selling these people, and how do they seem to be absorbing it?

One of the biggest criticisms overseas Disney parks get is their insensitivity to local custom. In Hong Kong, attendees felt that they were being cheated with a substandard experience, with high fees unjustified by the park’s size, and friction between mainland and Hong Kong sensibilities abundant.[iii] On my trip, Mandarin-speaking Chinese people made up almost all of the people I encountered, and I won’t pretend to have some deep insight into their political/cultural encounter with the park. I can report however that people seemed to be having a lot of fun, and any complaints like long lines and high prices don’t strike me as unique to Disneyland Shanghai: it wouldn’t be a theme park without the odd bawling child and stressed parent.

So what is Disneyland Shanghai like, you ask? As some in the press have noted, it’s big – it felt much larger and more immersive than the Hong Kong park, even though it’s surrounded on all sides by the fabric of the city. If you like Disney parks, you’ll probably enjoy the Shanghai version, though there are a few salient differences. For example, I saw exactly zero costumed Mickeys wandering the park. All the photo-op characters were behind closed doors, within attractions with their own long lines, and I suspect this is a savvy way to monetize portraits. A lot has also been made of the mainly Chinese food served at the park. Any surprise on that point strikes me as a bit parochial, but I will note that food was expensive – 25 yuan is more than enough for a good meal in most of China; at Disneyland, it won’t buy you a pretzel with dipping sauce.

Disney parks rely on compelling intellectual property to draw attendees and sell merchandise, especially to kids. In the castle at the Shanghai park, there is even a salon (Bibbidi Bobbidy Boutique!) in which parents can pay to have their children dressed up like their favorite Disney princess. Some of the rides seemed instructional: a tour of the castle was actually a retelling of the Disney version of Snow White, complete with Mandarin lyrics of some of the popular songs. Pirates of the Caribbean and Marvel also loomed large in the park, and the newer version of Alice and Wonderland was the basis for one attraction, rather than the older animated musical. Some rides were less explicable: Tron: Legacy was not especially popular in China (or anywhere), but it’s the basis of a huge roller coaster in the “Tomorrowland” area of the park. That said, my painstaking research has revealed that the ride is still wicked fun.

Going forward, my investigation into Disney will involve substantially fewer roller coasters and princess boutiques. Instead, I will look at the political and historical complications that abound for foreign investment in China, with an eye to the significance of Disney as a unique and uniquely American firm. A hundred years ago, Shanghai was the epicenter of a certain kind of Western-led globalism, a microcosm of the contemporary global order that was violently suppressed.[iv] The ‘fantastical’ aspect of Disney makes certain assumptions about the realities of the world around it, and the reality of the Chinese context is complex, politically-charged, and distant from Disney’s American roots. Explosive political risks outside Disney’s control, like the Diaoyutai island dispute, present possible challenges to the universality of Disney’s model.  Devising a fantasy world of media properties, parks, and merchandise that is as appealing to Beijing as it is profitable in the US or Japan will of paramount importance to the success of Shanghai Disneyland.

James Kochien is a 2017 Master of International Business candidate at The Fletcher School. 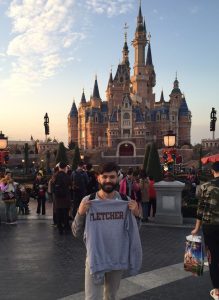