Technological solutions for agriculture in the developing world have become fairly widespread during the last decade, but challenges remain related to reaching farmers in rural, less connected areas. Well known applications such as M-Farm in Kenya have provided SMS-based market and price information to farmers, while other applications, including Esoko in Ghana, have offered information on weather patterns and other factors. However, due to lack of digital infrastructure or farmer literacy, reaching those at the base of the pyramid remains a significant challenge.

eKutir, a social business based in Bhubaneswar in the Odisha State in eastern India, has developed an ICT-based model that is designed to create value at the base of the pyramid. The eKutir model provides “micro-entrepreneurs” working in farming, food sales, and sanitation with access to technology that helps to improve productivity and streamline value chains. Over time, there is potential for this system to make a substantial impact by increasing returns on investment and reducing transaction costs throughout a wide range of value chains.

With support from the IBGC, I had an opportunity to travel to Bhubaneswar in March 2017 to meet with the eKutir management team as well as some of the farmers and entrepreneurs involved in eKutir’s value chains as part of research for my Fletcher capstone project. During my time in India, I was impressed by the consistent positivity among the various people with whom I spoke.

Each of the micro-entrepreneurs and farmers I interviewed stressed that their involvement in eKutir’s food or sanitation value chains had made a significant positive impact on their livelihoods with increased profitability or access to markets that weren’t previously available. Likewise, eKutir’s management team is confident that their new system can continue to make a positive impact while expanding into additional value chains and other countries.

Suvankar Mishra, eKutir’s Executive Director, noted that he expects the process of developing personalized services for smallholder farmers to be eKutir’s “biggest leap in 2017”. Moreover, Mishra argued that the expansion of personalized ICT-enabled services on a large scale could eventually “change the dynamics of how food is produced and how interactions with small farmers happen across the globe.”[1]

My interviews painted a picture of an innovative market intervention that may be scalable to other locations. However, I also found that eKutir’s sustainability seems to be reliant on a variety of market factors that may not be applicable in other locations. Several papers analyzing the eKutir model have noted that India’s relatively strong internet connectivity and stable market systems were crucial factors in allowing eKutir’s model to be effective[2], and my time in India reinforced that analysis.

Ultimately, the extent to which eKutir’s system of localized ICT-based value chain solutions can be used in other markets or scaled up within India will depend on those two factors as well as the eKutir team’s strategic decisions. There is significant potential for local technological solutions to make an impact at the base of the pyramid, but reaching that potential in practice will require long term growth in enabling systems alongside the development of innovative strategies such as eKutir’s agricultural platform.

In addition to allowing for an exciting look into eKutir’s value chain programs, my research trip to Bhubaneswar brought together many of the insights from my courses at the Fletcher School. Throughout my time at Fletcher, I have been intrigued by the potential for market-oriented approaches to make significant impacts. This trip to Bhubaneswar offered me an exciting opportunity to see an example of this idea in action. As I complete my time at Fletcher, I am excited to continue focusing my career on programs such as eKutir’s personalized ICT-based value chain model that help to make a sustainable and inclusive impact in developing markets. 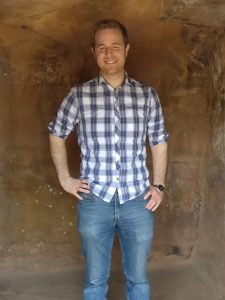 The Institute for Business in the Global Context@IBGC_Fletcher·
14 Jan

As we begin 2021, the importance of #digitaladoption & integration is coming into sharper focus. Understanding the factors that drive #digitalization is the first step to achieving more digitally evolved societies.

The Institute for Business in the Global Context@IBGC_Fletcher·
14 Jan

Economic resilience reflects digital infrastructure and citizen trust, according to @planetdgtl's #DigitalIntelligenceIndex Report. #FletcherDean of Global Biz Bhaskar Chakravorti was interviewed in @TuftsNow about key insights from the #DII:
https://sites.tufts.edu/digitalplanet/economies-of-digitally-advanced-nations-fare-better-during-pandemic/

#FletcherDean of Global Biz Bhaskar Chakravorti appeared on @bloombergbaybiz w/ @TMoroney & @JoeShortsleeve to discuss social media regulation & how last week's insurrection at the #Capitol will change the #tech landscape as we know it.

Global growth in digital adoption has slowed in recent years. But Covid-19 is expected to change that, with the realisation that internet access is a necessity “like access to electricity or clean water”, says @FletcherSchool’s Bhaskar Chakravorti. https://buff.ly/2KH1O28