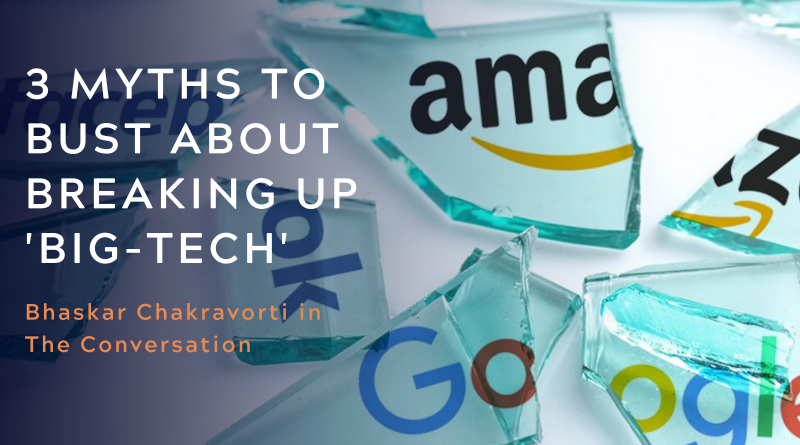 Editor’s Note: Bhaskar Chakravorti’s article “3 myths to bust about breaking up ‘big tech'” was originally published on July 17, 2019 in The Conversation.

As the public and government regulators around the world discuss whether and how to manage the power of technology companies, one idea that keeps coming up is breaking up these large conglomerate corporations into smaller pieces. Public distrust for tech companies has shifted to talk of antitrust action against them. Facebook, for instance, might then have to compete with Instagram for photo-sharing and WhatsApp for messaging – rather than owning both.

The idea has managed to garner support from both Massachusetts Sen. Elizabeth Warren, a Democrat, and Republican President Donald Trump.

However, advocates and opponents of breaking up big technology firms are falling prey to some serious misconceptions. I study the effects of digital technologies on lives and livelihoods across 85 countries and lead Tufts Fletcher School’s Digital Planet initiative studying technological innovation around the world. In my opinion, there are three myths worth busting before considering taking on big tech.

Bhaskar Chakravorti in The Conversation