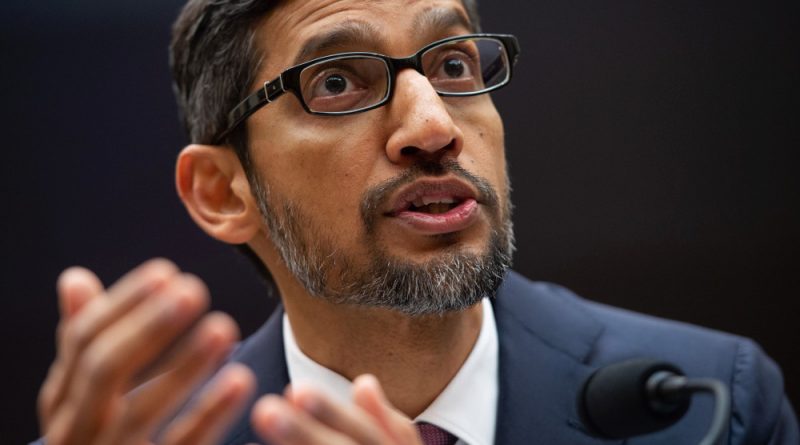 Google CEO Sundar Pichai has suggested—more than once—that artificial intelligence (AI) will affect humanity’s development more profoundly than humanity’s harnessing of fire. He was speaking, of course, of AI as a technology that gives machines or software the ability to mimic human intelligence to complete ever more complex tasks with little or no human input at all.

You may laugh Pichai’s comparison off as the usual Silicon Valley hype, but the company’s dealmakers aren’t laughing. Since 2007, Google has bought at least 30 AI companies working on everything from image recognition to more human-sounding computer voices—more than any of its Big Tech peers. One of these acquisitions, DeepMind, which Google bought in 2014, just announced that it can predict the structure of every protein in the human body from the DNA of cells—an achievement that could fire up numerous breakthroughs in biological and medical research. These breakthroughs will of course only happen if Google allows broad access to DeepMind’s knowledge, but the good news is that Google has decided it will. However, there is a “but.”

For one, Google isn’t the only gatekeeper whose decisions will largely determine the direction AI technology takes. The roster of companies snatching up AI startups globally is also dominated by the familiar Big Tech names that so often accompany the search and advertising giant: Apple, Facebook, Microsoft, and Amazon. In 2016, this group, along with Chinese mega-players such as Baidu, spent $20 billion to $30 billion out of an estimated global total of $26 billion to $39 billion on AI-related research, development, and acquisitions. With dominance in search, social media, online retail, and app stores, these companies have near-monopolies on user data. Via their fast-growing and increasingly ubiquitous cloud services, Google, Microsoft, Amazon, and their Chinese counterparts are setting the stage to become the primary AI suppliers to everyone else. (In fact, AI-as-a-service is already a $2 billion-a-year industry and expected to grow at an annual rate of 34 percent.) According to soon-to-be-released research from my team at Digital Planet, U.S. corporations’ AI talent is intensely concentrated as well: The median number of AI employees in the top five—Amazon, Google, Microsoft, Facebook, and Apple—is about 18,000, while the median for companies six through 24 is about 2,500. The numbers drop significantly from there.