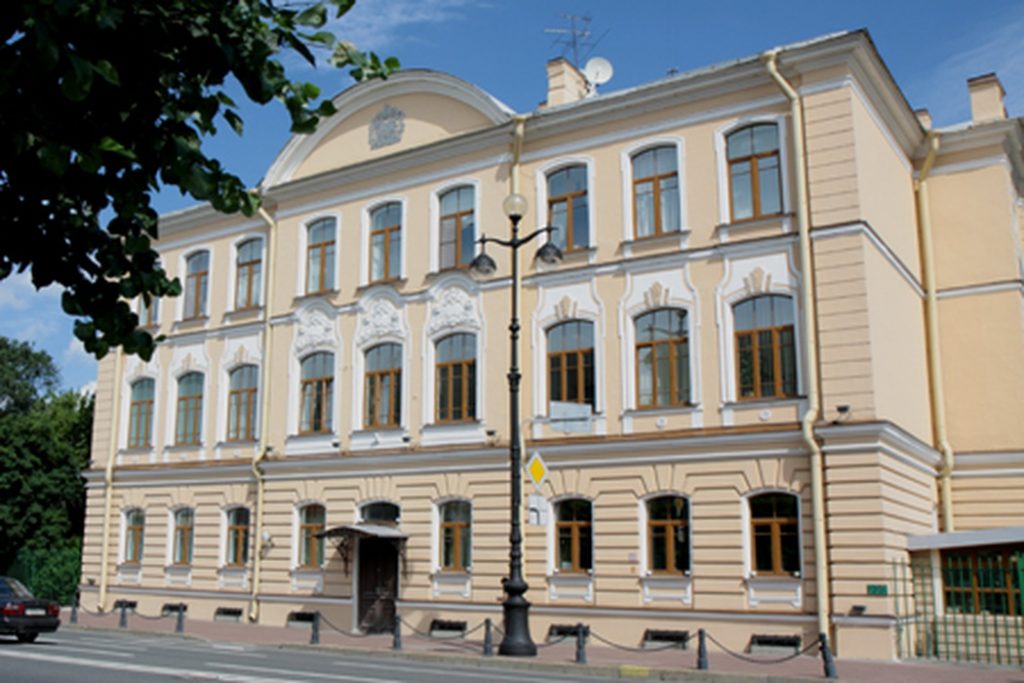 It is a stately mansion located in one of the most prestigious areas of St. Petersburg. It has its own beautifully landscaped garden, a rarity in Russia’s Northern Capital. It is a stone throw from Smolny Institute, the seat of the Governor of St. Petersburg. And the views on the majestic Smolny Cathedral and the bend of the Neva River cannot be beaten. The three story building was built in 1902-1903 as an orphanage named after Baron Vladimir Frederics (a confidant and the Imperial Household Minister of Nicolas II), served as a military hospital during World War II, and later housed an Art College. In 1993, Anatoly Sobchak, then the mayor of St. Petersburg ordered to hand it over to British Consulate General.

The decision to turn the building over to British diplomats was not met with unanimous approval. To many, the building’s grandeur and location were symbolic of the new Russia’s openness to the West. That was a policy of which Anatoly Sobchak was one of the most influential champions. Yet KGB challenged the decision, ostensibly concerned about possibility of British “agents” tapping into the nearby government cable.

It’s hard to know whether the security service concern was valid or was just a pretext to limit Western “influence” against which KGB fought so valiantly during the Soviet times. On the map, the Consulate’s mansion does sit exactly on the straight line between the KGB (later FSB) headquarters and the Governor’s office. (And there is little doubt that, given an opportunity, KGB would do exactly that – tap into the secret line). The opponents fought hard. They lobbied the City Council to forbid the building from getting transferred to the Consulate. They even mobilized mothers of children enrolled in the Art College to write letters to the Queen urging her not to accept the building.

But Mr. Sobchak prevailed. Speaking at the opening ceremony with Prince Charles in attendance and alluding to the secret cable, he noted that “the mayor of this city is not afraid that his conversations will become known to anyone”. Improving relationships with the West was too important for him. By the mayor’s side was his close confidant, a relatively unknown politician, Vladimir Putin. As Vice-mayor and the head of Foreign Relations Committee, he appeared to be the force behind the decision. That time seemed to be the beginning of the new chapter – a chapter of openness, freedom, democracy…

But in 2018, Mr. Putin, now the longest serving (except Stalin) head of Russia, made a very different decision. On March 17, the Russian Foreign Ministry announced that the British Consulate General in St. Petersburg will be closed and the diplomats will have to vacate the building. The era has come to an end. Openness to and good relationships with the West are no longer needed. In the final count, FSB has won – as it always does in Russia.

Ari Axelrod is Managing Director of Boston International Management Services, a consulting firm serving US-based and multinational companies in the areas of strategic planning, financial analysis and management. He is also CFO of Boston Clinical Trials, a clinical research center.

The Institute for Business in the Global Context@IBGC_Fletcher·
24 Nov

Will the panel change Prof. Drezner's mind on #globalcollaboration or will he convince the crowd? Come hear @DanielDrezner and our thought leaders from #tech #media #government & #civilsociety talk about #DefeatingDisinformation on Dec 2, 2022. Register: https://bit.ly/DefeatingDisinformation

The Institute for Business in the Global Context@IBGC_Fletcher·
22 Nov

The Institute for Business in the Global Context@IBGC_Fletcher·
21 Nov

"To save Twitter, however, the choice is unambiguous: Musk urgently needs to fire himself. This is not because his opening act has been so chaotic but for deeper structural reasons," writes Dean of Global Business Bhaskar Chakravorti in @ForeignPolicy