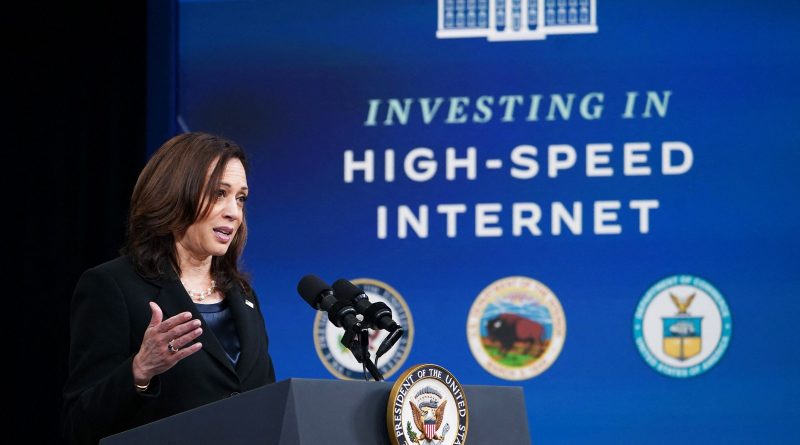 The Digital Divide unites strange bedfellows. Satya Nadella frets about it; his company, Microsoft, finds that half the country isn’t using the internet at speeds capable of maintaining a half-decent Zoom call. In Nadella’s home state of Washington, Republican congressperson Cathy McMorris Rodgers shares his concern, even though she’s introduced legislation prohibiting municipalities from building their own networks to help bridge the divide. She is no fan of President Joe Biden and Joe Biden is no fan of the divide either. Joe Biden is, however, a fan of municipal networks.

Among Democrat and Republican proposals alike, a nice round number continually pops up on what it should cost to give all Americans access to, and full use of, digital technologies: $100 billion. Spectacular as this sum is, it is also spectacularly off the mark and a mirage.

But if we’re honest about how wide the digital divide really is, we can begin the creative engineering needed to bridge it.

A $100 billion budget over eight years to close the digital divide—echoing a $94 billion proposal from Democrats in Congress—was one of the key pillars of President Biden’s original American Jobs Plan. Since negotiating with Republicans, the Biden team has backed down to a more modest $65 billion. The problem is, $100 billion was already inadequate. This figure is drawn from a 2017 FCC estimate of what it takes to give broadband access to every American. But the FCC grossly undercounts those without broadband internet, incorrectly mapping out fewer than 14.5 million disconnected people. The more reliable “manual” check by the research firm BroadbandNow puts the number at 42 million. And, of course, according to Microsoft, the number of people not using broadband—either because of inadequate access or equipment, or because it is too expensive—is much higher. Even acting FCC chair Jessica Rosenworcel acknowledges the undercount and has commissioned a proper mapping of broadband nationwide.