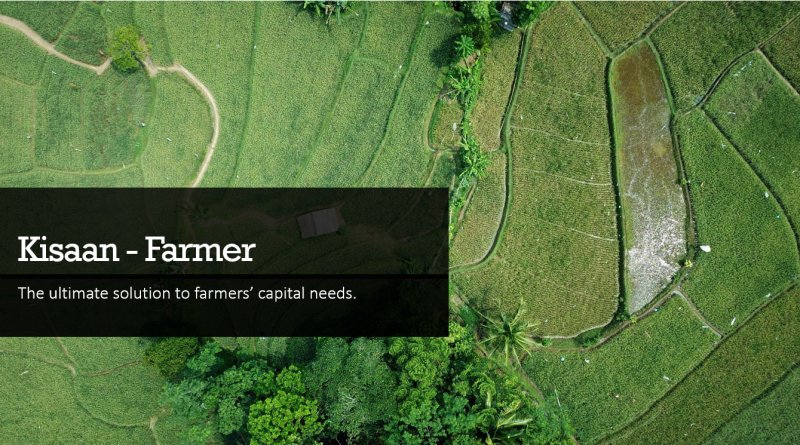 This past Spring semester, MIB student Uzair Akram researched the feasibility of micro-financial products in Pakistan through Kisaan (Farmer), an asset-based financial product that he created. The product offers flexible repayment schedules, opportunities to share the risk of new investments, and adheres closely to Islamic financial norms.

Smallholder farmers in the Middle East face many challenges, like having limited access to financial options, which significantly restricts the growth of small-scale agriculture. In the past, policymakers hoped that developments in micro-finance would overcome this problem, but traditional micro-finance products charge high interest rates and require immediate fixed repayments. Small-scale farmers also fail to grow when they avoid riskier, but potentially more profitable investments. Furthermore, The Ministry of National Food Security and Research identified a lack of flexible and shariah-compliant financing opportunities, creating a variety of financial constraints that impede the growth of Pakistani farming enterprises.

In Pakistan, as in many countries with large Muslim populations, social norms against interest-based borrowing means that many poor farmers opt for self-exclusion. The financial exclusion rate of Muslim farmers is approximately 40%, most of them citing religious reasons for not participating in microloans. Research indicates that in Jordan, where shariah-compliant loans are offered, applications for repayment plans have steadily increased from 18% to 22% in the past year. The market is similar in Pakistan, but shariah-compliant financial options tend to be a rare commodity. According to the Ministry of Finance of Pakistan, approximately 45% of the 60 million labor force is involved in agriculture, representing a huge market potential for shariah-compliant products.

Kisaan is vastly different from other financial products in the Middle East. The product features flexible repayment schedules that allow smallholder farmers to share risk with large micro-finance institutions. It also complies with local Islamic financial norms, allowing farmers to invest in technologies that were previously unavailable to them. Akram’s objective with Kisaan is to reduce the costs of agricultural inputs to smallholder farmers while improving their socio-economic statuses. Doing so will improve margins and likely reduce poverty levels in the country. His product also aims to evaluate whether smallholder farmers are receptive to adopting risky technologies, such as novel irrigation pumps. This will give industry-experts insight on the behavior of Pakistani farmers, helping them establish more efficient, inclusive financial systems.

It’s widely known that infrastructure is a crucial driver of economic growth. In developing countries like Pakistan, however, there are significant infrastructure deficits. The G20 estimates that $1.5 trillion will be required annually to compensate for these deficits and that the money will largely need to come from private sources. Akram’s product highlights the potential of asset-based finance in improving such deficits while helping to better understand the hesitations of technology adoption. In Pakistan, there are around 30 million smallholder farmers who make up a 65M labor force. With the country’s agricultural market being valued at $1 billion and showing consistent growth of 4-and-6% annually, Kisaan represents a unique market opportunity that can have significant returns. Additionally, Akram believes that his feasibility study will support a social-enterprise venture in the future, which would further promote financial inclusion in developing countries.

Research found that relaxed payment schedules that provide grace periods of 1-to-2 months encourage Pakistani farmers to opt for such financial products. Akram believes that if farmers can share the risk associated with another entity, it may encourage the adoption of  profitable agricultural input investments, such as high yielding seed varieties, pesticides and insecticides, pump sets and cultivators. By sharing the risk, an MFI (traditional micro-finance institution) has clear motivation to consider the survival and long-term growth of smallholder farms. Furthermore, a product satisfying the local Islamic financial requirements will not deter farmers to opt for self-exclusion.

To broaden Kisaan’s reach, Uzair Akram formed a partnership with Akhuwat, Pakistan’s largest interest-free micro-finance organization. Akhuwat aims to alleviate poverty by providing interest-free micro-credit to small to medium micro-enterprises and entrepreneurs. Since micro-finance institutions have in-depth data regarding the profile, type of farms and credit history of borrowers and have a vast outreach network, we have reached out to establish partnership with Akhuwat. Based on our previous experience of working with Akhuwat on an asset-based product for micro enterprises, we have reached out to Akhuwat’s CEO Dr. Amjad Saqib, who is more than willing to partner with us again to launch asset-based and shariah-compliant product and enter the small-holder agriculture market.

Having worked with Akhuwat, to obtain borrowers’ data, conduct business feasibility studies, analyze their payment schedules and segment them according to the sector they were operating in, we found the information provided by Akhuwat to be highly useful while identifying micro-entrepreneurs. Similar market segmentation methodology can be applied in the case of the target market of Kisaan. Aside from leveraging Akhuwat’s notable reputation and extensive data-base, Kisaan will utilize the company’s existing networks to specifically reach Pakistani farmers. Together, Kisaan and Akhuwat and will form a hybrid business model to gain revenue based on the percentage of ownership of the assets by the farmers.