After successfully modeling the Tufts campus in Google Sketchup and Autodesk 123D Make, I decided to test out different programs to split up the .STL file into sections that would fit on the ShopBot CNC Router.

The complex file was made up of too many faces to be manipulated in Solidworks, Autodesk Fusion360, or Meshmixer. So, instead of trying to take the one large file and split it up into smaller sections, I decided to go back to Google Sketchup and Autodesk 123D Make and create two smaller .STL files that would eventually be matched together. 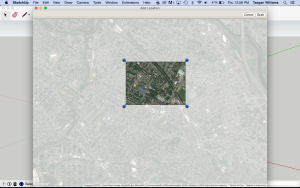 Northern piece of the Tufts campus 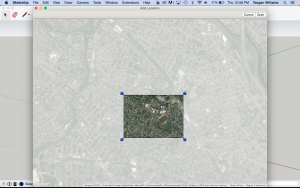 Southern piece of the Tufts campus

With the two .STL files exported from Google SketchUp and imported into Autodesk 123D Make, I was able to set the material settings to be the same such that both .STL files would be sliced at the same height. Each file will have a base slice that includes most of the topography, topped by a second slice that includes only the highest points of elevation on campus. The first practice piece, shown below, helped sort out a few issues here and there with the machine setup, bit choice, and toolpaths. 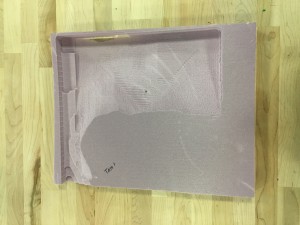 After fixing those issues I was able to successfully make the two base slices of the Tufts model at a 1:3 scale. 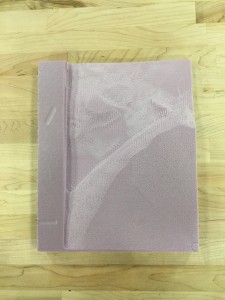 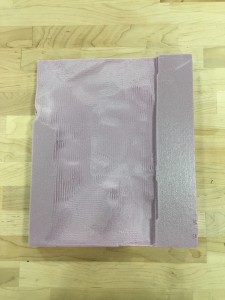 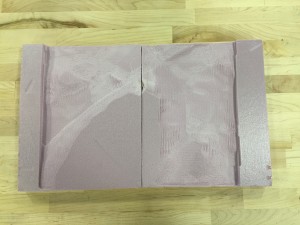 The two halves matched together