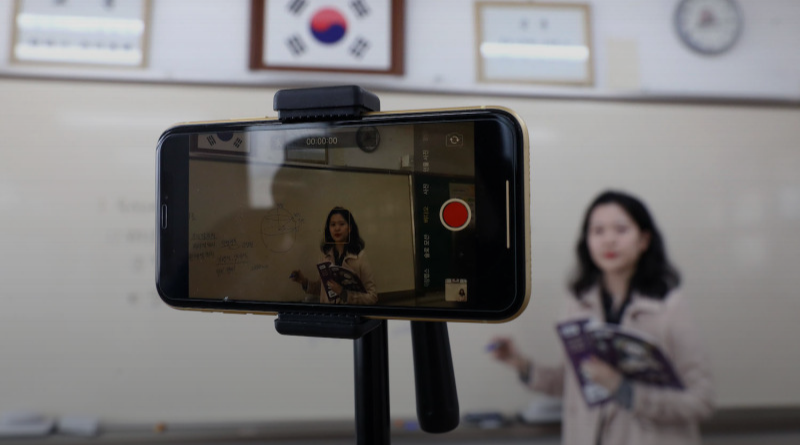 Did the nations with better digital readiness experience greater economic resilience during the COVID-19 pandemic? According to Bhaskar Chakravorti, Dean of Global Business at The Fletcher School and Director of Digital Planet, the positive associations between advanced digital evolution and economic stability are notable but not universal.

Excerpt from Bhaskar Chakravorti’s article, “Did Big Tech Save the World From an Even Bigger Economic Meltdown?”:

It is just over a year since the World Health Organization declared a “public health emergency of international concern” as the new coronavirus started ripping through the world. Even as the virus took its grim toll, governments responded by locking down, and the world economy went into reverse, the past year has been one of unparalleled acceleration—of the digital kind. Work, school, doctor visits, entertainment, weddings, goodbyes, and so much more “real life” moved online. The adoption of digital tools advanced by five years in a matter of eight weeks—and many believe that is what buffered us all from an even more devastating economic collapse.

This point is particularly relevant as newly released International Monetary Fund data projects a global economic turnaround of around 5.5 percent growth in 2021. Every country in the G-20 is projected to grow; and the U.S. economy is expected to return to its pre-pandemic size by mid-2021, according to the Congressional Budget Office. Some of this optimism is, no doubt, predicated on an effective vaccine rollout, but much of it hinges on digital ecosystems playing their part.

Another remarkable outcome of the extended periods of time online was an unprecedented surge in grassroots activity, principally over social media. These digital movements spanned a dizzying array of organizing forces and objectives—from a summer of protests to demand racial justice following the killing of George Floyd, to misinformation campaigns that transcended both the pandemic and politics, to masses of amateur investors convincing others to buy stock in underperforming companies. The movements were not just limited to digitally savvy young people on TikTok or Twitch; even illiterate farmers in India organized and sustained protests by learning how to go live and click on like and share buttons on social media. The economic impact of such movements will take some time to sort out, but suffice it to say they recast the idea of productivity in a way that cannot be ignored.

Of course, not everyone had the luxury of leaning on digital technologies as a substitute for the “real” economy. Although around 60 percent of workers in countries such as Singapore, Switzerland, and Sweden can telecommute, that proportion drops to below 30 percent in Mexico, Thailand, and India. Even within any given country, there are wide variations. In the United States, when it comes to readiness to work from home, it makes a difference if one is in Nebraska or in New York. It also makes a difference if one is Black, Latino, white, or Asian.

And so, a natural question emerges: Did the nations with better digital readiness experience greater economic resilience during the COVID-19 meltdown? The Digital Planet research initiative, which I direct at Tufts University’s Fletcher School, found that while an advanced state of digital evolution was certainly helpful for most economies, its potential to cushion the economic blow was dependent on several additional factors: the makeup of the economy, the efficacy of public policy, and citizens’ trust of public officials. We developed a measure for the state of digital evolution for 90 countries and mapped the scores against the percentage fall in GDP growth from the second quarter of 2020 as compared to the same quarter in 2019, adjusted for inflation. We found that digital evolution could explain at least 20 percent of the reduction in the gap between the 2019 and 2020 growth figures. There are several things that can help explain this association.

The Institute for Business in the Global Context@IBGC_Fletcher·
5h

Congratulations to #FletcherGAIA PhD candidate @Kinspears on being awarded the @WorldPeaceFdtn Research Support Grant to help fund her work focusing on #WPS #gender #feministIR and #FemSecSt!

The Institute for Business in the Global Context@IBGC_Fletcher·
20 Jan