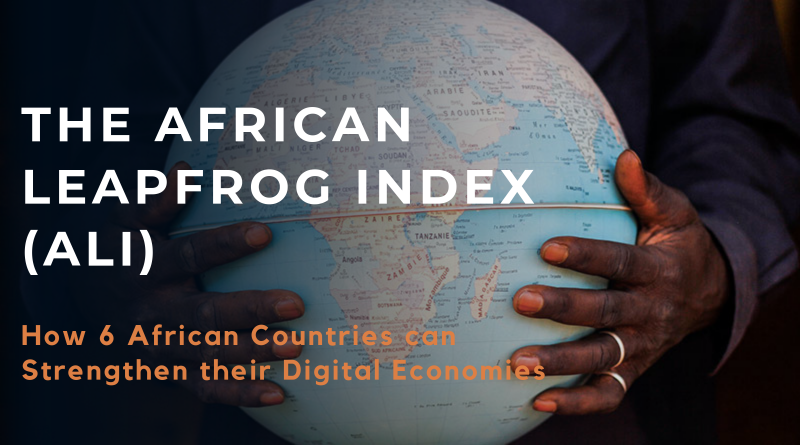 The IBGC, Digital Planet, and The MasterCard Center for Inclusive Growth created The African Leapfrog Index (ALI), a study that aims to close the gaps of 6 digital economies in Africa. Click the link below for the full report and read-on to learn more about its mission and methodology.

Is Africa on the brink of unprecedented opportunity? Many facts support this belief, as evinced from the numerous studies examining the region’s untapped potential. Chief among these reports is McKinsey’s 2010 study Lions on the Move, which carefully traces the continent’s economic growth and uncovers the myriad business opportunities that have followed suit. The report estimates that by 2020, consumer-facing industries, resources, agriculture, and infrastructure in Africa can generate as much as $2.6 trillion in annual revenue*.

This may seem like a tall order considering the threshold of opportunity in Africa has proven to be a wide one, but it isn’t incredulous. The majority of Africa’s population is young; the median age being just 19.4 years old. Moreover, it’s estimated that by 2050 a third of the global youth will be in Sub-Saharan Africa with a median age of 23.9 years*. This will bring forth a large and powerful consumer market, and, due to the young ages of Africa’s consumers, they are likely to be digitally-enabled.

Supplementing these predictions is Africa’s burgeoning labor force. The most recent projections from the International Labor Organization (ILO) show the total labor force in sub-Saharan Africa rising from 417 million in 2018 to over 460 million by 2022*. As 2050 grows nearer and the youthful population of Africa prepares to enter the workforce, the creation of digital jobs will increase significantly and a robust digital economy will take form.

Yet, as aforementioned, there are considerable gaps that need to be filled before such predictions can fully crystallize. Almost a decade after the publication of “Lions on the Move” study, we are still waiting for these predictions to come true. Growth has stalled on average across the continent and both the IMF and the World Bank have cut their 2019 economic growth projects for Sub-Saharan Africa (SSA) to 3.5%* and 2.8%* respectively.

Growth in Africa has moved at a turtle’s pace while poverty has increased with the speed of a hare. Of the world’s extreme poor, 437 million are in SSA and it remains one of the world’s most unequal and undeserved regions*. Despite these challenges, a silver lining still exists for Africa’s economy.

Researchers at the IBGC and Digital Planet have teamed-up with MasterCard’s Center for Inclusive Growth to address the issues impeding growth in Africa. Their combined efforts has culminated in The African Leapfrog Index (ALI), which aims to close the gaps between McKinsey’s 2010 predictions and Africa’s current realities.

The research provides a benchmark of six African countries– Egypt, Ethiopia, Kenya, Rwanda, Nigeria, South Africa– based on their creation of jobs enabled by digital platforms, implementation of institutional drivers necessary for digital success, and the foundational digital potential of the country. The framework evaluates each country against a continent-wide “best-performance” benchmark to identify strengths to build upon and the opportunities to close gaps.

Each of the six countries studied have different strengths and weaknesses, and accordingly, must take different paths and prioritize different actions to bolster their digital economies. To read the full report, follow this link!

This research was made possible with the financial support from the Mastercard Impact Fund, which is administered by the Mastercard Center for Inclusive Growth. The underlying analysis, the methodology, the interpretations, and insights belong solely to the Institute for Business in the Global Context at The Fletcher School at Tufts University and do not in any way represent the views or positions of Mastercard and its affiliates.