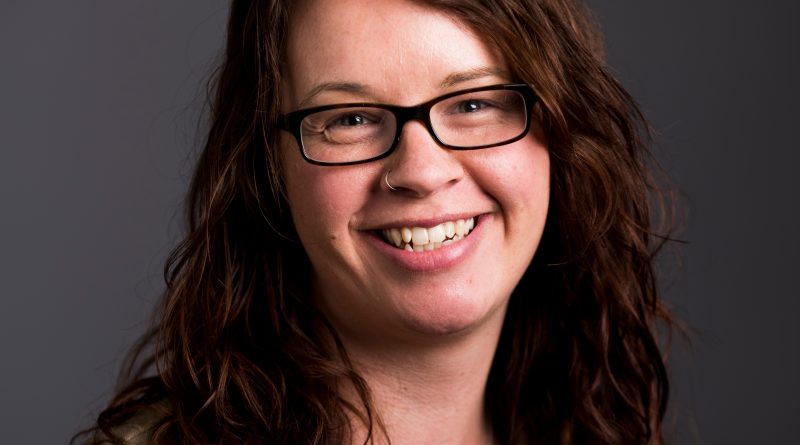 This spring we are running a series on creative assessments faculty are running in their courses.  This interview with Professor Sara Johnson explores removing the tyranny of points in an applied statistics course for social scientist graduate students. The interview has been edited for clarity & brevity.

Over the past few years, I have become convinced of the need for things like ungrading, so I thought it might be helpful for other people to hear about how that’s been going for me.  It is a big change in a certain way, but in other ways, it isn’t at all. For my classes, it did not turn everything upside down. On the other hand, from a philosophical and pedagogical perspective, it’s a big difference.

What motivated you to try ungrading?

I feel like I’ve been working towards it for a while, as I’ve been thinking about what promotes learning in my classes.  As a developmental scientist by training, I think a lot about students, and what’s going on in their lives, and how we can integrate the learning experience into what’s going on outside the classroom.  For a long time, I had already been integrating flexible due dates.  I don’t call them due dates anymore, I call them target submission dates, because I just want students to focus on doing the assignment well, and not on some arbitrary date I came up with.

I had been getting more and more dissatisfied with feeling like I was spending so much time on assigning points when grading student work. What pushed me over the edge was frustration with “how many points is this answer worth?” Data analysis is not just getting the number to turn out right, but how to interpret the number.  There’s a lot of ways that students can do that wrong, which makes it difficult to assign points on assignments.  Thinking about it from an equity perspective it was taking so much time to figure out: Am I applying new criteria consistently and transparently? Could I tell students here’s why you got this score?  It felt like a waste of my time. It felt like it wasn’t helping them. So, I thought – how can I do this differently?  Then in summer 2020, I was reading Radical Hope: A Teaching Manifesto by Kevin Gannon. He mentions “ungrading,” and so I started doing some reading on various internet forums.

This led me to start a pilot program in Fall 2021 in one of my more advanced statistical analysis courses. There were 20 students in the class. They come from my department, but also some are from psychology, some are cross registered from Boston College, and there was a student from the vet school. I love getting everybody’s perspectives, it really enriches our discussion when everybody brings their own research interests, and different kinds of data, and lots of examples. A class of only doctoral students felt like an ideal setting in which to try ungrading because they would all say to me: I have to learn this stuff, and don’t need points to encourage my learning. All students are motivated in various ways, but grad students are there because they want to learn the technique to apply it to their own research. I was very open about it with the students. saying – “I’m tired of points, and I think y’all are tired of points, so this semester I’m going to try something different”.

I based my grading approach on things that I had read, and my goals for the class. The system I came up with didn’t really involve changing the assessments I was using (reflection activities, homework assignments, an individual project). I just changed the feedback that I gave to students taking them.

But for homework assignments and an individual project, I give feedback based on three categories:

The grading spread turned out to be about what I expected, with most students getting the “optional resubmit”, i.e. level 2.  About fewer than 25% needed to resubmit, and a quarter-ish typically got a “looks awesome”.  I didn’t have anybody who needed to turn things in for multiple revisions.

What do you see as successes?

I think success for me was students saying, “I wasn’t worried about the points, so I could focus on what I was doing instead”.  In student evaluations from last semester, the most consistent feedback that I got was “without the pressure of the grade, I could focus on the concept.” That was what I wanted.   I wanted them to really feel like it was okay if they needed another revision.  They said “I didn’t feel like I was worried about making mistakes because I could turn it in again”.  They also appreciated the second category (resubmit this if you want to).  I want my classrooms to be autonomy supportive and they felt like this approach was allowing for that.  So that was another big success.

I had a lot of students say that it really reduces their anxiety overall, not just related to the points but also about how they engage with the course.  It made it more clear to them that my focus was on what they were learning, and that they were learning what I wanted them to learn.

I also spent a lot less time grading. It really made a difference. And I asked students, specifically, whether they felt like they were getting enough feedback and they said they were.  I was still giving the feedback (i.e., what they got right or not and why), but I wasn’t any longer having to obsess over what kinds of things counted for which kind of points.  That takes away a lot of stress around the grading so I actually found that, from my perspective, this approach reduced my stress around grading, too.

I felt like my teaching practices became more consistent with my teaching philosophy.  This is really the type of thing I want to send back to a student –  I.e. “work on this a little more and turn it back in”, versus having to do a thorough accounting of every single little thing that they did wrong and give back a really low grade.

Where have you encountered challenges?

In the beginning of the semester, I had a couple of students who said “I don’t know how to evaluate myself without a grade” in their first reflection.  That was anxiety-producing for them.  So, some of them, especially at the beginning, asked me “what grade would you give this assignment”.  So, I asked them to describe for me what they thought was A- or B+ work was like.  They would say an A means nearly perfect, an A -means some little thing, or a B+ means not quite there yet.  And then I would give them my rating in the scale that they had come up with, so that they could put it into their framework.

At the end, a lot of them also struggled with how to assign a grade for themselves. They don’t know how to assess how much they’ve learned without adding up numbers. In the third reflection I gave them instructions for evaluating what they had done in the class.  I asked them to talk about and describe their major accomplishments in the class and to assess where things didn’t go the way that they wanted.  Having to write a long explanation and look back on “here’s what went well “, “here’s why I struggled” really helped them.  The only cases when I didn’t agree with their grade was a couple of times when a student rated themselves a bit too low.  In the end the grade distribution I got was basically identical to that prior to “ungrading.”

What might you recommend to other faculty considering a similar approach?

If you’re already incorporating a lot of revision, and thinking about ways to prioritize learning instead of focusing on grades –  it’s probably not that big of a jump. I found it helpful to look at different examples of ways that people had done ungrading. It also helped to be open to the students’ perspective about things. What would ungrading look like from their perspective and how would it impact their experience in the class?  From my evaluation feedback and talking to students in prior semesters (i.e., before ungrading), I knew that students really liked the assignments, so it wasn’t a good idea for me to overhaul the assignments to make them suited to ungrading.

It doesn’t have to be a complete overhaul.  Try ungrading on some of the smaller assignments, the ones where you can see how it would translate into an ungrading approach.  Don’t change those aspects of the assignment that are already working but focus on how ungrading can help with things that aren’t.

The thing that I thought was interesting was that it turned out to be less work for grading. In the beginning I was worried that this is going to take even more time!  But I wanted a way to simplify things and it really did. 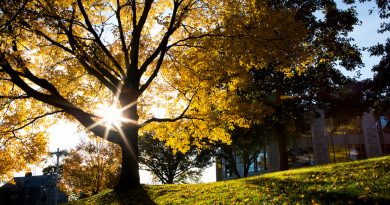 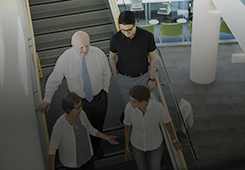 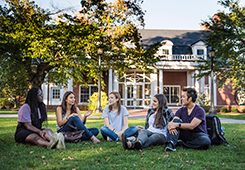 Seven Bricks to Lay the Foundation for Productive Difficult Dialogues