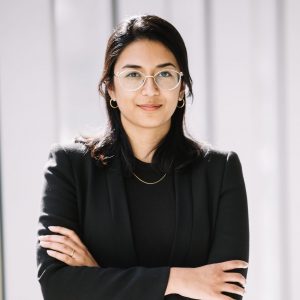 Isha is executive director of New Harvest, a nonprofit research institute that funds open, public research on cultured meat. She has been pioneering cellular agriculture since 2009, driven by a passion to see transformative technology create a better world. In 2010, Isha published a review paper in the scientific journal Innovative Food Science and Emerging Technologies, among the first handful of papers to ever discuss cultured meat in academic literature. After co-founding Muufri (now Perfect Day Foods) and Clara Foods (now The EVERY Company) in 2014, she transferred her founding equity to New Harvest and used it to establish an endowment for cell ag research. In 2015, Isha coined the term “cellular agriculture,” officially creating a category for agriculture products produced from cell cultures rather than whole plants or animals. Isha is a Shuttleworth Foundation Fellow and Director’s Fellow at the MIT Media Lab. She holds a BSc in cell and molecular biology from the University of Alberta and a master’s in biotechnology from the University of Toronto. 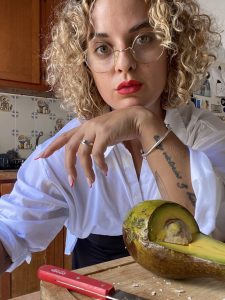 Alicia Kennedy is a writer based in San Juan, Puerto Rico. She writes a weekly food and cultural criticism newsletter called From the Desk of Alicia Kennedy that has over 17.5K subscribers, and her book on the culinary history of plant-based eating in the U.S. will be out from Beacon Press in 2023. Her work has recently appeared in The New York Times, Bon Appétit, and Eater. 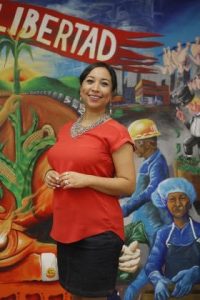 Magaly Licolli was born in Mexico and has lived in Arkansas since 2004. In 2015, Licolli became the Executive Director of the Northwest Arkansas Workers’ Justice Center. While serving as director, Magaly led a poultry campaign in Arkansas which gained notoriety around the nation. Throughout her work, Licolli has participated as Steering Council Member of HEAL Food Alliance and and co-chair at the National Steering Council of Interfaith Worker Justice. Her vision to ensure the dignity of poultry workers led her to collaborate with the Coalition of Immokalee Workers (CIW) to expand the Worker-driven Social Responsibility model to the poultry industry. In 2019, Licolli became the Executive Director and co-founder of Venceremos, a human rights worker-based organization that works to ensure the dignity of poultry workers. 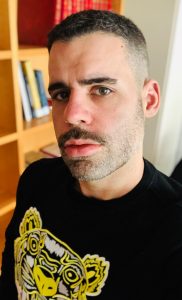 Gabriel N. Rosenberg is Associate Professor of Gender, Sexuality and Feminist Studies and History at Duke University, where he studies how gender, race, and sexuality have shaped the history of the modern food system. His current book project, Purebred: Making Meat and Eugenics in Modern America, explores the historical interconnections between livestock breeding for meat and milk and human race science and eugenics. He writes frequently for The New Republic and has held research fellowships at the National Humanities Center, Yale University, the University of Pittsburgh, the Max Planck Institute for the History of Science, and the American Philosophical Society. 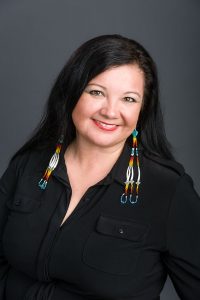 Dawn Sherman brings over 25 years of business expertise and entrepreneurial skills in both the food and automotive sectors to her current role as CEO of Native American Natural Foods’ Tanka bar. A member of the Lakota, Shawnee, and Delaware tribes, Dawn is keenly aware of the fundamental needs facing individuals at the community level on the reservation. Her South Dakota roots inform her decision making and she is dedicated to seeking improvements in the food systems that benefit the health and wellness of her indigenous community as well as the community at large. She is a founding member of Tanka Resilient Agriculture Coop, a South Dakota collective dedicated to returning bison to lands and improving the lives and economies of Native communities.  She is also a founding board member of the Regenerative Agriculture Alliance, an ecosystem of people and organizations committed to making sustainable ranching and farming a collective norm. She is also a board member of the Tanka Fund, a not-for-profit that supports tribal bison caretakers with direct grants for ranch planning, finance, and operations. As the second generation of Native leadership and as a Native woman, Dawn brings a unique vision and deep experience which allows her the opportunity to give back to her own community and further her vision of food sovereignty for all. 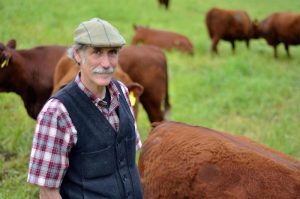 Ridge Shinn is the co-founder and CEO of Big Picture Beef, recently launched to produce northeast grass-fed beef for northeast customers.  He has been a leader in the shift from feedlot production to raising cattle on a diet of 100% grass and forages – no grain. In addition to raising a large herd of grass-fed Rotokawa Devon beef cattle in Massachusetts, he was the Vice President of a Connecticut slaughterhouse and founded a successful meat company, Hardwick Beef.  He has developed markets and distribution systems for 100% grass-fed beef throughout the northeastern United States and has consulted all over the US and for the Argentine government on the production and marketing of grass-fed beef. His work has been recognized in Time Magazine, Atlantic Monthly, New York Times, Wine Spectator and Smithsonian. 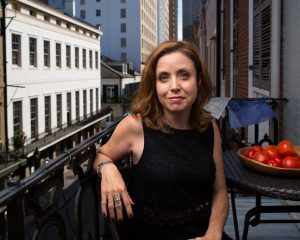 Danielle Nierenberg is a world-renowned researcher, speaker, and advocate on all issues relating to our food system and agriculture. In 2013, with Bernard Pollack, Danielle Nierenberg co-founded Food Tank, a 501(c)(3) nonprofit organization focused on building a global community for safe, healthy, nourished eaters. Food Tank is a global convener, thought leadership organization, and unbiased creator of original research impacting the food system.

Danielle has an M.S. in Agriculture, Food, and Environment from the Tufts University Friedman School of Nutrition Science and Policy and spent two years volunteering for the Peace Corps in the Dominican Republic. She is the recipient of the 2020 Julia Child Award.