It has been a while since we heard from a member of the Class of 2010.  These are the alumni whom I’ve asked to reflect on their first five years since graduating.  Maria Eugenia’s study at Fletcher enabled her to craft the development career she had first started in her home country of Argentina. 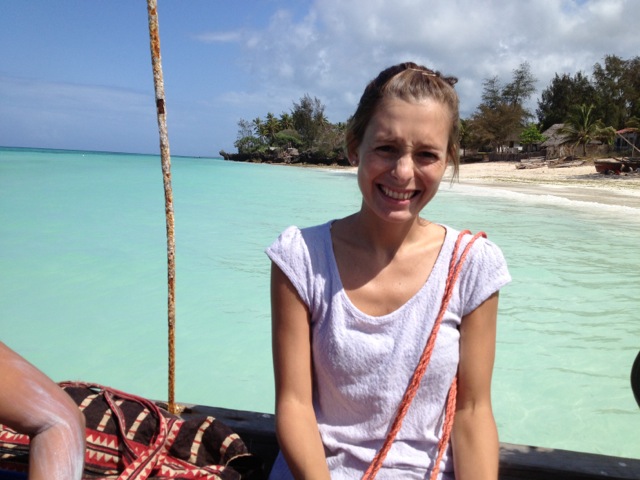 Unlike many of my Fletcher friends, before attending Fletcher I had never studied or lived outside of Argentina, my home country.  I was born and raised in Buenos Aires and had, what you might call, a fairly “domestic” upbringing.

When I was 21 years old, my older sister won a scholarship to study in Italy.  Visiting her ended up being my excuse to travel around Europe for a couple of months.  I was then finishing my studies in sociology at the University of Buenos Aires and had done development work for grassroots NGOs.  During that trip I met new people, experienced new cultures, tried new foods, and heard new languages.  I felt so energized by those differences.  I returned home with the certainty that, whatever development-related work I ended up doing after finishing undergrad (because I knew development was the field I wanted to continue in), it would be work that allowed me to explore and learn from the richness of the world and its peoples.

I arrived at Fletcher several years after that trip, with a BA in sociology, and a couple of years of experience working full time for a second-tier microfinance non-profit organization.

If I had to use a word to describe my time at Fletcher it would be “intense.”  Everything was new: the way the education system was organized, the people I met, the language I spoke (it was my first time studying in English!).  I learned something new every day, and in every conversation I had.  I made good friends with people who came from countries that I had barely heard of before.

Having a clear focus on the field in which I wanted to work after Fletcher helped me pick my Fields of Study: I focused my studies on Human Security and International Organizations.  Courses like Professor Scharbatke-Church’s Design, Monitoring and Evaluation, Professor Johnstone’s International Organizations, or Professor Mazurana’s Gender and Conflict provided me with the lenses, tools, and critical thinking that I currently use to carry out my everyday tasks.  Doing fieldwork during the summer between the first and second years was also a highlight of my Fletcher experience.  I did an internship at a Bangladeshi NGO, focused on children’s rights.  It was an unpaid internship, but Office of Career Services funding helped me cover my expenses.

After Fletcher, I moved to Geneva, Switzerland.  An internship at the International Labour Organization turned into a three-year job working at the Partnerships and Development Cooperation Department.  Eager to learn more about technical cooperation and finance for development, I moved to Washington, DC to join the Youth Employment and Entrepreneurship Team of the Inter-American Development Bank’s Multilateral Investment Fund.  My tasks in both organizations were related to supporting project preparation, from identification (analyzing grant proposals, writing concept notes for management eligibility), to design (developing theories of change, project documents, logical frameworks, budgets), to implementation (writing progress reports, capturing lessons learned).

Mid-2014, I moved back home to Buenos Aires and continued working for these and other organizations as an independent consultant.  I currently coordinate a network of 20+ funders and multilateral organizations working together to generate and share evidence-based knowledge on what works in youth employment.  I also facilitate an NGO Community of Practice in Latin America, implementing youth employment projects.  Working closely with both funders and implementers provides me with a unique insight into funders’ strategic thinking and implementers’ real-life challenges.

Working independently allows me to focus my time and energy on the projects that I like the most, at a particular time in my life when I really want (and need!) flexibility — my first son, Santiago, was born in March 2015.  Having a good skills-set and the right network and credentials has been key to navigating this career change successfully.

Since graduating from Fletcher, I have lived in four countries, worked for two very different international organizations, traveled around 15+ other countries, and fostered friendships all over the world.  I have certainly grown and achieved much more than I could even have thought I would when I first applied to Fletcher, and I am really looking forward to what the next five years will bring!