Today I’m going to gather links to news items that have flowed my way in the past couple of weeks.

I’ll start with Commencement news!  Here’s a story, with photos, that captures the events of Class Day and the Commencement ceremony itself.

Read also about two of this year’s graduates, Jeremy Blaney and Jessica Meckler, who were featured in a group of graduates of all of the University’s graduate and undergraduate programs.

Commencement featured the granting of the inaugural “Fletcher First Ten” award, to be given annually to an alumnus who has made a noteworthy contribution to the community, this year going to the inimitable Rocky Weitz, whose accomplishments outpace those of nearly anyone I know.

And speaking of awards, Center for International Environment and Research Policy researcher Rebecca Pearl-Martinez this week received the Advocacy Award from the Clean Energy Education & Empowerment (C3E) initiative of the U.S. Department of Energy, MIT and Stanford University.

Next, our friends at APSIA have written a feature on alumnus Nursultan Eldosov, who currently works for the U.S. Foreign Service.

And finally, alumna Masha Gordon has climbed Mount Everest, the latest in a series of extreme adventures.  In a Facebook post, she wrote, “On May 19th at 7:30am Nepali time I became 400th woman to summit Mount Everest.  It was a culmination of a month long journey full of poetry, drama and self-discovery.  I am now just 1 summit removed from breaking female world record in Explorers Grand Slam.  Follow my journey to the peak of Denali by liking my Facebook page.”  And you can also follow Masha’s adventures on her Grit and Rock blog.  Here’s a photo that she shared, with obvious Fletcher love. 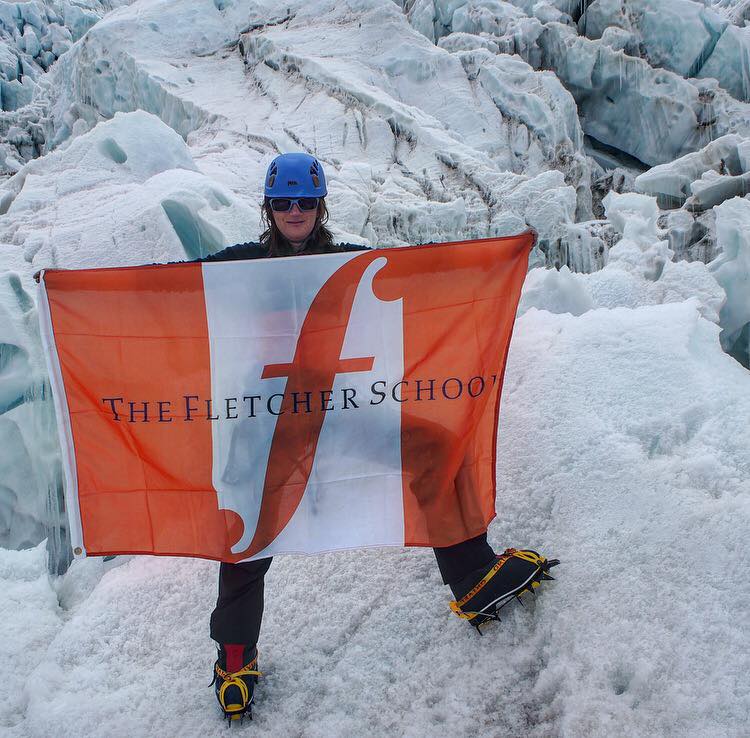