In case this passed you by, last Saturday Tufts was the host for a meeting of U.S. Secretary of State John Kerry and the Quintet of Foreign Ministers (from the European Union, United Kingdom, France, Germany, and Italy).  The student-run campus newspaper, the Tufts Daily, covered the event, as did the Fletcher communications team.  And the University’s communications group provided photos. 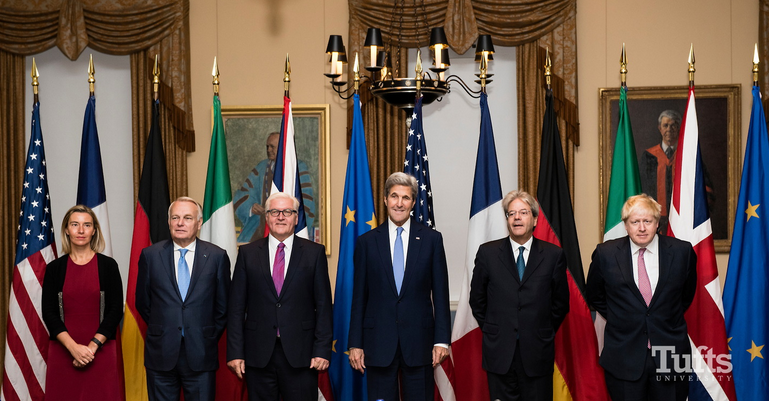 Plus, there was all the usual tweeting, including from Secretary Kerry (who, I’ll note, was the senator from Massachusetts for many years and still has a home in Boston). 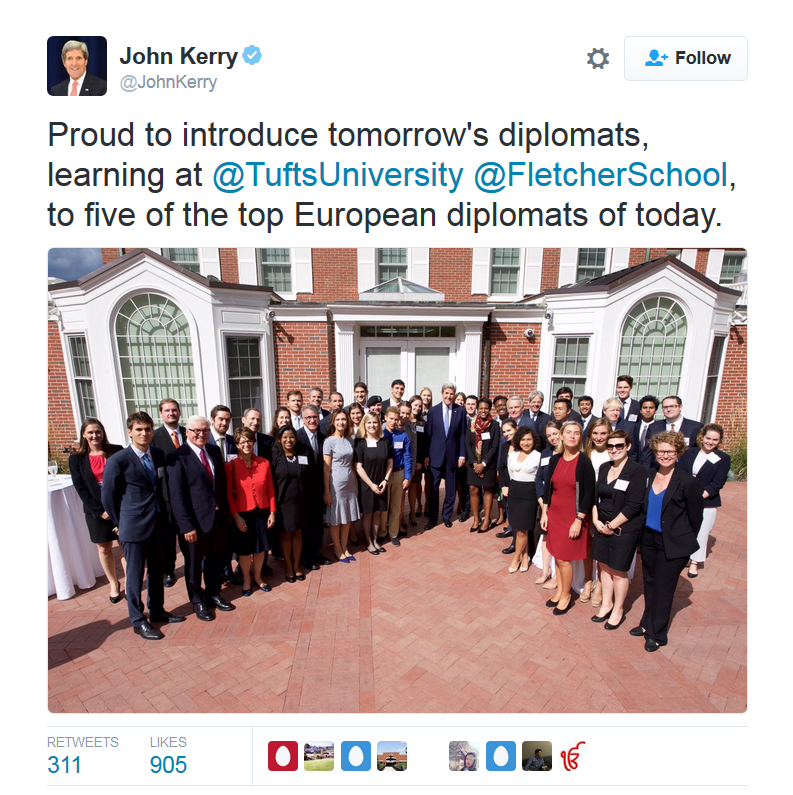 Some of the people in the photos are Fletcher students who had the opportunity to meet with the six diplomats at the on-campus home of Tufts president Anthony Monaco.  Rafael (second from the left in the back row), a second-year MALD student from Germany, told me that a mix of U.S. and international students with relevant language skills or geographic origins were the ones chosen.

My favorite tweet on the subject came from a student who needed to split her attention between Saturday’s dignitaries and her own foreign language proficiency exam, which was offered for the first time of the year. 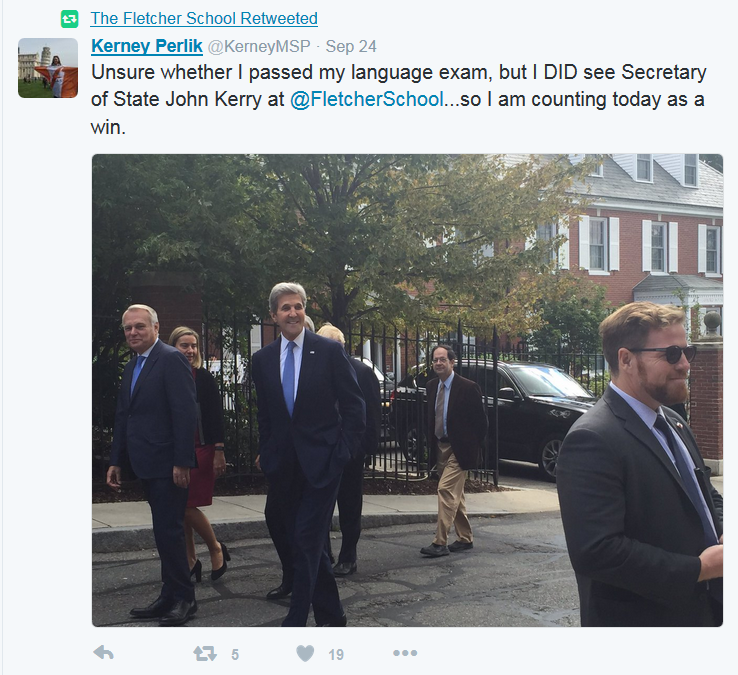 I think Kerney’s comment perfectly sums up the time-management challenges that students face every week at Fletcher!  So many exciting events!  But also…school.